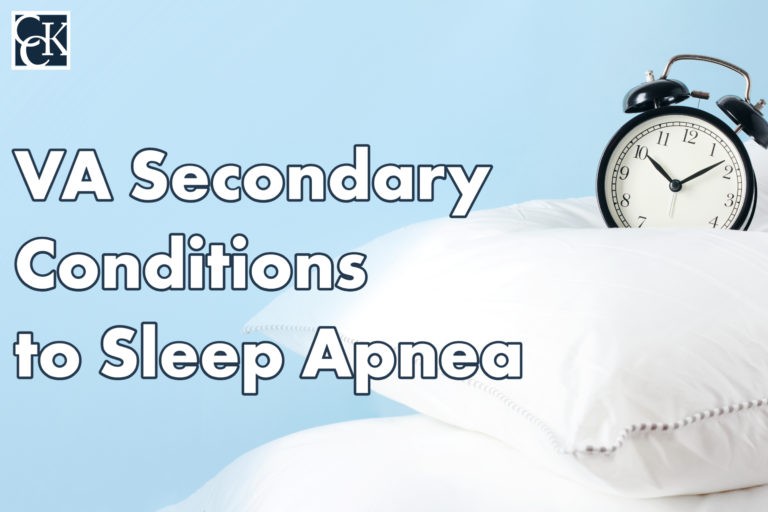 Sleep apnea is sleep disorder that affects a person’s breathing during the course of the night.  Generally, there are three types of sleep apnea: 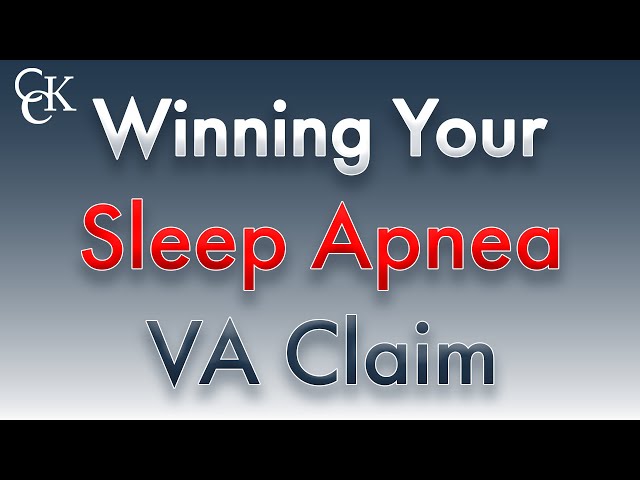 Oftentimes, the symptoms of the three types of sleep apnea can overlap, making diagnosis more difficult.

If the veteran has previously been diagnosed with sleep apnea, but has not undergone a sleep study, VA will not consider that diagnosis enough evidence to verify eligibility for compensation.

Usually, a sleep specialist will monitor the veteran’s breathing overnight for a sleep study.

Sometimes, certain lifestyle changes can help to minimize the symptoms of sleep apnea, such as losing weight or quitting smoking.  In other, more severe cases, a doctor may need to prescribe a Continuous Positive Airway Pressure (CPAP) Machine.  A CPAP machine delivers air pressure, which is greater than the surrounding air, through a mask while the veteran is sleeping.  This machine then allows the upper airway passages to remain open, preventing sleep apnea and snoring.

Veterans can submit a claim for service connection on VA From 21-526EZ.

For secondary service connection to sleep apnea, veterans will need:

After veterans file a claim for secondary service connection, VA may request that the veteran undergo a Compensation and Pension (C&P) exam.  This type of exam is meant to assess the cause and the severity of the veteran’s condition, as well as the connection to the primary service-connected disability.

These exams are usually performed by a VA examiner or a VA-contracted third-party medical professional.  Prior to the exam, the examiner will review the veteran’s c-file so they are familiar with the veteran’s case.

Asthma is a condition that affects a person’s airways and makes it difficult for them to breathe.  With asthma, the airways narrow and produce extra mucus.  This can often interfere with daily life.  Symptoms of asthma can include:

Research has indicated that people who have asthma are more likely to develop obstructive sleep apnea.  This could be because both asthma and sleep apnea affect the upper and lower respiratory tracts.  When the throat muscles are weakened due to asthma, there is a greater likelihood for the throat to collapse and create an obstruction of the airway.

Gastroesophageal Reflux Disease, or GERD, is a digestive disorder that occurs when stomach acid flows back up from the stomach into the esophagus.  This causes discomfort and inflammation.  Symptoms of GERD include:

Veterans who suffer from sleep apnea may find that the condition aggravates or causes GERD.  This is because, while asleep, the body may not clear the veteran’s esophagus as it would when the veteran is awake, thereby exacerbating the veteran’s GERD.

Additionally, GERD may contribute to sleep apnea, as acid in the esophagus can cause spasms in the vocal cords which may prompt sleep apnea.  Therefore, veterans who are service connected for sleep apnea can become secondary service-connected for their GERD, and vice versa.

Hypothyroidism, or an underactive thyroid, occurs when the thyroid gland does not produce sufficient thyroid hormone.  Symptoms can include:

Hypothyroidism can cause changes to the upper airway, which can lead to or aggravate sleep apnea.  As such, veterans can establish secondary service connection for hypothyroidism relating to sleep apnea.

Post-Traumatic Stress Disorder (PTSD) is a mental health condition that can affect people who have experienced or witnessed trauma, such as a distressing or shocking event.  Common examples of PTSD symptoms include the following:

The link between sleep apnea and PTSD is likely due to the fact that many factors which aggravate PTSD also aggravate sleep apnea.  Some of these symptoms include sleep deprivation, insomnia, hyperarousal, and daytime sleepiness. 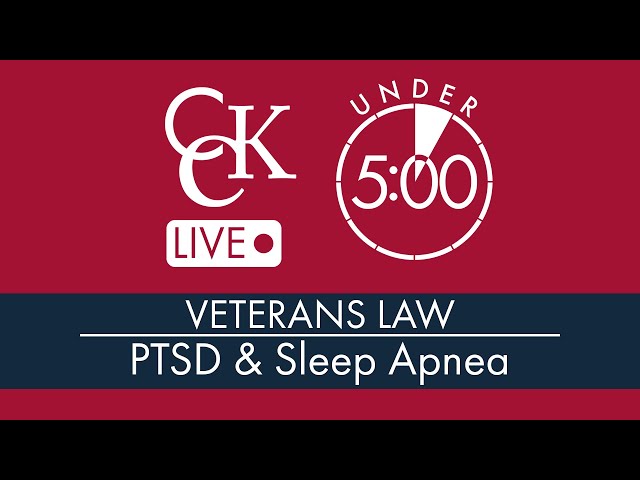 Sinusitis is a condition where a person’s sinuses become swollen and inflamed for three months or longer, despite treatment.  Symptoms of sinusitis often include:

Chronic sinusitis can also cause nasal polyps, deviated nasal septum, and recurring respiratory tract infections.  Chronic sinusitis has also been linked to military burn pit exposure and is a presumptive condition for veterans who served in qualifying locations and time periods.

Sinusitis also affects the nose, throat, and head, much like sleep apnea.  As such, the two conditions have been linked and veterans can receive secondary service connection for sinusitis linked to sleep apnea.

Tinnitus is known as the perception of noise or ringing in the ears.  Most often, tinnitus is a symptom of an underlying condition, such as hearing loss, ear injury, or a circulatory system disorder.  People with tinnitus may hear phantom noises, such as:

Tinnitus is one of the most frequently claimed conditions for service connection.  This is likely due to a variety of factors related to service, such as exposure to noise, possibility of traumatic brain injury, and exposure to explosive devices like IEDs. 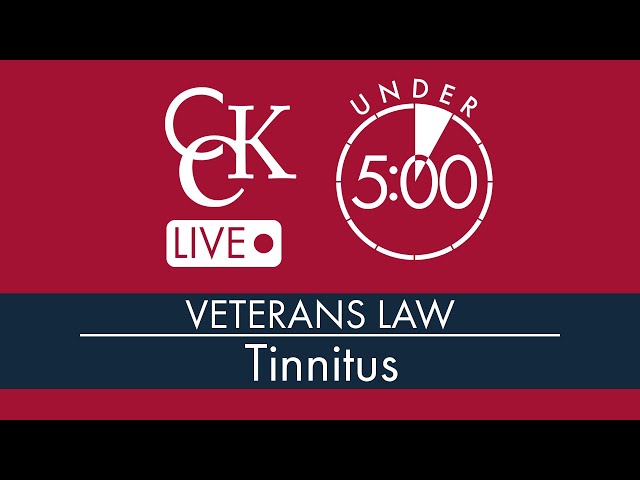 If your VA claim was denied, we may be able to assist you. Contact the VA-accredited veterans’ disability attorneys and claims agents at CCK today at 800-544-9144.