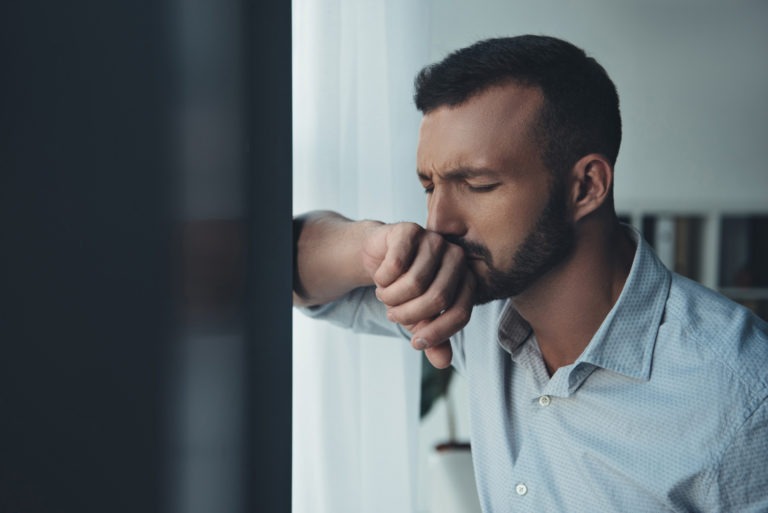 Anxiety is defined as intense, excessive, and persistent worry and fear about everyday situations.  It is estimated that one-third of adults in the United States suffer from anxiety disorders.  The most common symptoms of anxiety disorders include the following:

In order to establish direct service connection for an anxiety disorder, veterans must establish the following:

Examples of in-service occurrences might include if a veteran specifically treats for their anxiety during their time in service, or if they check off that they are experiencing anxiety-like symptoms at the time of their discharge examination.  It is important to note that the in-service occurrence element of service connection does not require that the veteran has an official diagnosis of an anxiety disorder during service.  Instead, a veteran can be diagnosed with an anxiety disorder following service and still receive benefits, as long as they can establish their current condition is connected to service.  A medical opinion is almost always required to establish this nexus.

What if Veterans Were Diagnosed with Anxiety Before Service?

Even if a veteran received an initial diagnosis of an anxiety disorder before entering the military, they may still qualify for VA disability benefits.  In this case, the veteran would need to prove that his or her military service aggravated, or worsened, the preexisting anxiety disorder beyond its natural progression.  This process is similar to proving service connection on a direct basis.  Here, the difference is that VA classifies the worsening of a preexisting condition as service connection based on aggravation.

Compensation & Pension (C&P) exams are generally used to determine if there is a nexus between the veteran’s current, diagnosed condition and their time in service.  Veterans will typically meet with a VA doctor and discuss their medical history, time in service, and current condition.  The VA examiner will also ask about the veteran’s current symptomatology to determine the severity of their anxiety disorder.  Importantly, veterans must always attend their C&P exams, or notify VA immediately if they are unable to.  Failure to attend a C&P exam will likely result in VA automatically denying benefits.

After attending a C&P exam, veterans should always request a copy of the results.  Veterans are entitled to a copy of the exam; however, VA will only provide it if the veteran explicitly asks for a copy of it.  Once veterans have the C&P exam, they should go through it thoroughly and identify whether there are any problems or discrepancies.  If so, they should follow up with VA to point those out, which can be done by submitting additional evidence or argument.

VA C&P exams represent one form of evidence for anxiety disorder claims; however, there are several other types of evidence veterans can submit as well.  For example, lay evidence, including statements from veterans and their family and friends, can be very beneficial.  Oftentimes, veterans do not seek treatment for their anxiety disorders right away due to the stigmatization that exists around mental health conditions.  Lay statements can help fill in the gaps by describing both the onset and progression of the anxiety disorder.  Veterans can also submit private treatment records from non-VA doctors or psychologists.

How Does VA Rate Anxiety Disorders?

When rating service-connected anxiety disorders, VA uses the General Rating Formula for Mental Disorders included in 38 CFR § 4.130 to assign one of the following percentages: 0, 10, 30, 50, 70, or 100.  These ratings are based on the level of social and occupational impairment a veteran experiences, and the severity of symptoms VA uses to characterize that impairment.  Importantly, all of the following anxiety disorders are categorized by a diagnostic code (DC) and rated based on this general formula:

This portion of the rating schedule is based upon the American Psychiatric Association’s Diagnostic and Statistical Manual of Mental Disorders, Fifth Edition (DSM-5).  According to 38 CFR § 4.125, Diagnosis of Mental Disorders, if the diagnosis of a mental disorder does not conform to DSM-5, the rating agency will return the VA examination report to the examiner to substantiate the diagnosis.  Additionally, if the diagnosis of a mental disorder is changed, the rating agency will determine whether the new diagnosis represents (1) progression of the prior diagnosis, (2) correction of an error in the prior diagnosis, or (3) development of a new and separate condition.

Differences Between 50% and 70% Anxiety Ratings

The criteria for 50 percent and 70 percent anxiety disability ratings are very similar in terms of the language that is used when referencing occupational and social impairment:

VA has not yet provided exact definitions for the above-mentioned phrases; however, the diagnostic codes provide examples of the types of symptoms that may fall under each.  For example, in the 50 percent criteria, “reduced reliability and productivity” may include impaired judgment, impaired abstract thinking, panic attacks more than once per week, flattened affect, etc.  For the 70 percent rating criteria, “deficiencies in most areas” involves more aspects of life and may include suicidal ideation, obsessive rituals, and an inability to establish and maintain effective relationships.

In denying a higher disability rating for anxiety, VA must explain to veterans why they are not entitled to the higher rating by providing adequate reasons and bases.  If VA fails to do so, then veterans have the right to appeal.

When a mental health condition, such as an anxiety disorder, overlaps with a non-psychiatric condition, VA will avoid “pyramiding.”  This means that VA will only compensate a symptom that a veteran is experiencing once.  If a veteran suffers from an orthopedic condition that causes sleep impairment and a psychiatric condition that also causes sleep impairment, VA will rate that symptom under one of those conditions and not the other.  In other words, VA will not compensate a veteran for the same symptom twice.

Do Veterans Have to File Separate Claims for Multiple Mental Health Conditions?

Under the Appeals Modernization Act (AMA), veterans have multiple options to choose from when appealing an unfavorable decision from VA, including the higher-level review lane, supplemental claim lane, and Notice of Disagreement (i.e. appeal to the Board of Veterans’ Appeals) lane.  If veterans are choosing the supplemental claim lane, they must make sure that they are including new and relevant evidence with their claim.  “New and relevant” is supposed to be a lower evidentiary standard and can include lay statements, medical evidence, etc.; however, it must be something that is relevant to the veteran’s claim that VA has not considered previously.

Overall, AMA is supposed to provide veterans with more choice within the appeals process.  Nonetheless, there are still aspects of AMA that remain unclear.  As such, veterans are encouraged to consult with Veterans Service Organizations or attorneys when initiating appeals under this new system.