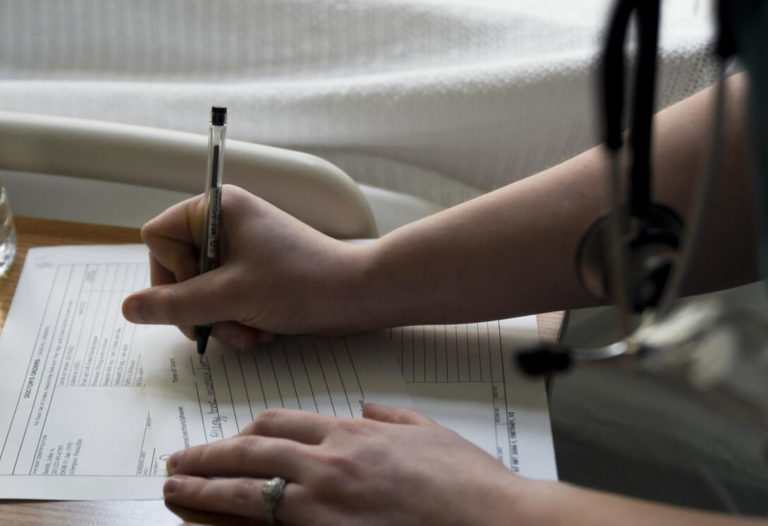 Providing a medical nexus is often the most difficult part of this process, as it ties a veteran’s claim for service connection together.  Sometimes, VA will schedule veterans for a Compensation and Pension (C&P) examination in order for a VA examiner to determine if there is a link between their condition and their military service.  However, a veteran can fulfill this requirement by having a medical professional write a nexus letter for his or her claim.

What is a Nexus Letter?

A nexus letter is a document prepared for a veteran by a medical professional that explicitly connects an in-service event to the current condition for which a veteran is seeking service-connected compensation.  Nexus letters can be submitted with a veteran’s initial claim, during claim development, or during the appeals process.  Importantly, nexus letters can also be helpful following negative C&P examinations in which VA examiners conclude that there is no connection between a veteran’s condition and his or her military service.  As mentioned above, veterans can ask their private physicians to write a VA nexus letter for their claim, but it should be noted that not all nexus letters will be given the same weight or probative value by VA.  A strong nexus letter should:

“At Least as Likely as Not”: Why This Language is Important

VA has a certain evidentiary standard, or “standard of proof,” when it looks at veterans’ claims for disability benefits.  The “at least as likely as not” language addresses this standard for proving service connection.  Unlike the standard of proof in criminal cases, veterans do not have to show “beyond a reasonable doubt” that their disability was caused by service.  Rather, veterans must show that it is “at least as likely as not” caused by service, meaning there is at least a 50 percent chance that the disability was incurred in or caused by military service.

The VA’s standard of proof is a much less stringent burden for veterans and is part of the non-adversarial nature of the VA disability claims process.  However, if a veteran receives an unfavorable nexus opinion from a C&P examiner, it will likely say “it is less likely than not” that the veteran’s condition is due to service.  In this case, it means that VA found that it is less than 50 percent likely that the veteran’s condition is linked to his or her time in service.  Therefore, it is very important for veterans to make sure nexus letters use this language as it is what VA looks for when adjudicating claims for service connection.

For example, language in your nexus letter stating that your condition is “at least as likely as not” connected to service could be sufficient.

The medical professional writing a nexus letter should review the veteran’s entire VA claims file.  If a doctor does not review all of the evidence relevant to a veteran’s claim, VA may dismiss the doctor’s nexus opinion.  A strong nexus letter will use the veteran’s records to address any inconsistencies regarding his or her condition.  The medical professional can also point to specific records in the claims file to support his or her opinion that the veteran’s condition is at least as likely as not due to service.