Veterans who were exposed to Agent Orange may develop serious health conditions, which can sometimes lead to the death.  Widows and dependents of veterans who passed away due to Agent Orange exposure may also be eligible for certain benefits from VA.  Continue reading to learn more.

Where Was Agent Orange Used?

Agent Orange was used widely throughout Vietnam during the Vietnam War Era.  However, the use of Agent Orange, and other such herbicides, was not exclusive to Vietnam.  Agent Orange was often used in many of the surrounding countries and areas during this era.

Benefits for Surviving Spouses and Dependents

VA offers certain benefits, such as compensation and health care benefits, to the surviving spouses and dependents (i.e., children and  parents) of veterans who passed away as the result of diseases related to Agent Orange exposure.

Dependency and Indemnity Compensation, often referred to as DIC, is a monthly benefit awarded to a surviving spouse or dependent child or parent of a service member who has died in action or died from a service-connected condition.

The surviving spouse or dependent children or parents of a veteran who was exposed to Agent Orange and developed a disease that contributed to their death may be eligible for this compensation.

Importantly, same-sex spouses of military veterans are afforded the same beneficiary rights as those of heterosexual military veterans.  Legally married military couples of any orientation can apply to collect federal benefits.

Surviving spouses and the children of veterans who passed away from an Agent Orange-related disability or medical condition may also be eligible for health care benefits under the Civilian Health and Medical Program of the Department of Veterans Affairs (CHAMPVA). 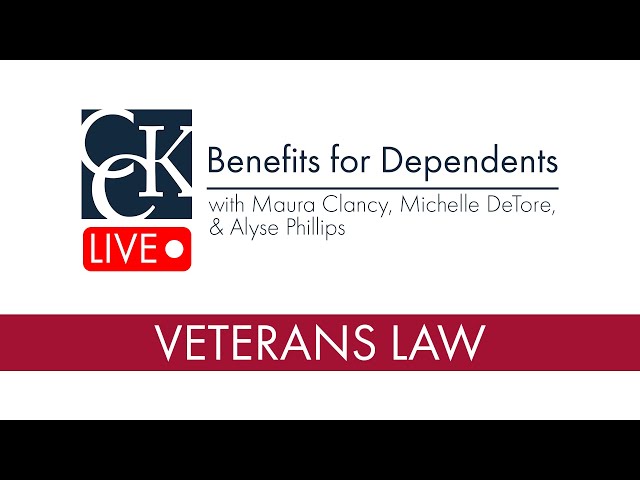 Honoring Our PACT Act and Benefits for Survivors

Under the Honoring Our PACT Act, survivors and dependents can file a claim for DIC benefit effective immediately.  The benefits can apply retroactively for DIC claimants.

How to File for Survivors Benefits

VA Form 21P-534EZ, or Application of DIC, Death Pension, and/or Accrued Benefits, is the official application which can be used to submit a claim for VA survivors benefits.  This form needs to be filled out and submitted to VA, along with certain evidence to prove the survivor or dependent’s relationship to the veteran.  Evidence could include marriage certificates, divorce certificates, death certificates, birth certificates, and more.

If you are the surviving spouse or dependent of a veteran who passed away from an Agent Orange exposure-linked illness or disability, getting help from an accredited representative can be extremely beneficial.

The experienced claims advocates at Chisholm Chisholm & Kilpatrick have experience fighting DIC appeals, and we may be able to assist you.  Contact our office today for a free case evaluation.