New Laws for Veterans and Service Members in 2020: NDAA 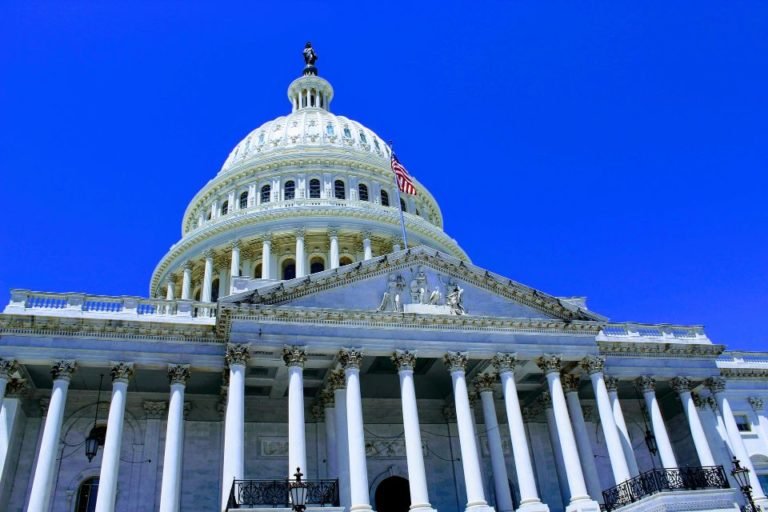 What is the National Defense Authorization Act (NDAA)?

The National Defense Authorization Act (NDAA) is an annual funding bill for the Department of Defense that sets out spending limits and policies for how its money will be spent for that year.  This year, the NDAA totaled $738 billion.  It was passed by Congress and subsequently signed into law by the President on December 20, 2019.  Within the NDAA, there are many specific laws that could have a significant effect on veterans and servicemembers in 2020.

One of the most important laws passed within the NDAA is referred to as the “widow’s tax.”  To understand how the widow’s tax works, you must first have knowledge of the following two VA benefits: Dependency and Indemnity Compensation (DIC) and Survivor’s Benefit Plan (SBP).

DIC is a monthly benefit that VA provides to a surviving spouse or dependent child(ren) of a servicemember who either died in action or from a service-connected condition.  For 2020, the monthly amount for DIC benefits is $1,340.14 for a surviving spouse.  Unfortunately, not everyone who was married to a servicemember is entitled to DIC.  There are certain criteria that both the veteran and survivor must meet.  You can learn more in our blog: Dependency and Indemnity Compensation: What Is It, and Do I Qualify?

SBP is a monthly benefit that is paid to a surviving spouse of a retired veteran.  Importantly, this is a program that the veteran elects upon retiring from service.  Essentially, SBP allows a retiree to ensure, after death, a continuous lifetime annuity for their dependents.  The amount of compensation varies, but surviving dependents can be paid up to 55 percent of the retirement plan that the veteran had.

Can Survivors Receive DIC and SBP?

Importantly, surviving dependents who qualify for both programs cannot receive payments from both programs.  That inability to collect compensation from both is what is commonly referred to as the “widow’s tax.”  Basically, the two payment forms offset one another.  If a widow or a surviving dependent is receiving SBP, and at some point, they are granted DIC benefits, for every dollar of DIC, a dollar of the SBP benefit gets deducted.

This is significant because it can cost the surviving spouse or dependent up to $11,000 a year in benefits that they are no longer receiving.  It is currently estimated that nearly 65,000 individuals are experiencing this.  Legislators have introduced bills repeatedly over the last 20 years to try to remove the widow’s tax without any success.

Finally, with the passage of this year’s NDAA, the widow’s tax is set to be removed.  Although the NDAA has already been passed and signed, the rollout of this repeal is not immediate.  Instead, it is something that is going to be rolled out in different phases over the next three years.

This year’s NDAA also passed a law dealing primarily with the documentation and tracking of traumatic brain injuries (TBIs) in service.  TBI can be caused by many factors, such as a blow to the head or an object penetrating the brain, and may result in brain dysfunction.  For the most recent generation of veterans, TBIs are increasingly more widespread due to increased use of Improvised Explosive Devices (IEDs).  Specifically, VA estimates that 22 percent of all combat-related casualties sustained by servicemembers in Iraq and Afghanistan are caused by traumatic brain injuries, a 10 percent increase from rates among Vietnam War veterans.

What Does the NDAA Instruct the Pentagon to Do for Troops Exposed to Blasts Potentially Resulting in TBI?

Historically, there has not been any way to track blast exposures.  Now, the NDAA is essentially directing the Pentagon to start documenting when troops have been exposed to these blasts.  The law requires them to document both the duration of the blast and the date.  If possible, they should also document the measured blast pressure.  While documenting the measured blast pressure will not be possible in every case, having the date and duration of the blast will likely help veterans become service-connected for TBI down the line.  The Department of Defense (DoD) has to present their plan for tracking blast exposures going forward within a year.

The Feres Doctrine and Military Malpractice

The Feres Doctrine is a legal doctrine stemming from a 70-year-old Supreme Court case.  Generally speaking, the doctrine stands for the idea that servicemembers are not allowed to sue the federal government for injuries that they might have sustained while on active duty due to the result of the federal government’s medical malpractice or negligence.  The NDAA has some implications as to how that doctrine is going to be applied moving forward.

What Did the NDAA Change About Military Medical Malpractice Recourse for Veterans and Servicemembers?

Under the Feres Doctrine, servicemembers were left with little to no recourse in situations where they may have received an injury as a result of medical malpractice committed by a government or a military doctor.  For example, a service member has lung cancer.  Unfortunately, their lung cancer was misdiagnosed by a military doctor during their active duty service.  Even if that misdiagnosis was ultimately the result of some type of medical malpractice on behalf of a DoD or VA doctor, they would not be allowed to sue for any injuries or damages because of the Feres Doctrine.

While the NDAA did not overturn the Feres Doctrine, it did set up a process in which veterans can now file claims with the DoD for injuries that they sustained as a result of medical malpractice committed by a VA or DoD doctor.  Veterans are still prohibited from filing an independent civil suit in court, but the DoD is now going to be required to set up a claims process.  Going forward, veterans will have some recourse by having the option to file a claim and potentially receive some type of compensation.

History of Burn Pit Use

Burn pits are large pits used for waste disposal on United States military bases.  They were used frequently in Iraq and Afghanistan throughout the post-9/11 era.  Materials burned in the pits include metals, medical waste, human waste, ammunition, and plastics.  The sizes of the burn pits in Iraq and Afghanistan varied depending on the size of the base they were serving.  The largest burn pit, located at Joint Base Balad, spanned over 25 acres of land when it was at its largest.  Here, the U.S. military burned nearly 147 tons of waste per day.

Many veterans returning from Iraq and Afghanistan are now getting sick with illnesses similar to those experienced by Vietnam veterans.  Studies conducted on air samples tested by the DoD indicate that post-9/11 veterans who were exposed to burn pits were exposed to some of the same harmful chemicals found in Agent Orange – a toxic defoliant used during the Vietnam War.

How NDAA Laws Will End the Use of Military Burn Pits

In response, the NDAA has issued two different types of provisions that are going to address military burn pits.  The first provision involves a phasing out of military burn pits.  VA has estimated that burn pits have impacted about 3.5 million service members and veterans since 9/11.  Going forward, the Pentagon is going to have to roll out a plan to start phasing out these burn pits.  The burn pits will likely be replaced with incinerators, which has already started happening.  It is now estimated that there are only nine active burn pits, as compared to 250 at the height of the wars in Iraq and Afghanistan.  Most of the current active military burn pits are located in Syria, with one in Afghanistan and another one in Egypt.  While there has been a massive reduction already, the plan is to phase them out completely so that servicemembers will no longer be exposed to harmful toxins.

The second provision in the NDAA is aimed towards better tracking, documentation, and research related to burn pits.  Namely, the provision requires the Secretary of Defense to submit a report to both Congress and VA to specifically list out all of the burn pits and their locations that have been used and continue to be used.  Hopefully, that will provide additional information that VA healthcare professionals and adjudicators can incorporate when it comes to disability compensation claims based on burn pit exposure.

Furthermore, there are some provisions in this legislation that require the DoD to evaluate servicemembers at certain periods of time in order to determine whether they have been exposed, and if they have been exposed, how that impacts their overall health.  This represents a real, renewed effort to really take a look at whether a veteran has been exposed to burn pits.  There is going to be some additional training as well for the medical staff at the DoD and VA to be able to better identify exposure and how it might relate to certain diseases.

Information Sharing, Veterans Electronic Health Records, and How This Can Help Veterans Get VA Disability Compensation

Other NDAA provisions are going to focus around information-sharing and electronic health records.  DoD will be required to retroactively update medical records for veterans who were exposed to burn pits during service.  This is important because up until now, a lot of veterans’ medical records have not indicated whether they served in the location near a burn pit.  About 80 percent of all burn pit claims that are filed for VA compensation are denied.  A large part of that is likely due to the lack of information, information sharing, and documentation as to where burn pits were located and the extent to which they were used.  As such, once these provisions are fully implemented, they could have a significant impact in the long term.

Finally, the NDAA requires VA leaders to reveal what their plan is for adding new conditions to the list of presumptive Agent Orange conditions.  In 2016, the National Academy of Sciences published its 10th review of medical research related to the health effects of herbicide exposure in Vietnam.  The report concluded that recent research has strengthened the scientific link between herbicide exposure and bladder cancer, hypothyroidism, and Parkinson-like symptoms.  Previous reviews found “inadequate or insufficient” evidence to scientifically link these conditions to herbicide exposure.  This round of review found “limited or suggestive” evidence of a link.

Following several years of additional research and data collection, there was some indication that veterans might receive a decision as to whether these conditions would be added to the presumptive list.  In March 2019, VA actually reported to Congress that there would be a decision within 90 days.  However, there has been no progress.  In Fall 2019, it was reported that the Office of Management and Budget and the White House may have been delaying the decision to add conditions due to cost concerns.

The NDAA requires VA to report to Congress within 30 days the reason for the years-long delay in adding these new conditions, the cost estimate for what it will take to add the conditions, and a timeframe for when this is all going to happen.  Again, this 30-day mark has expired.  Several weeks ago, the VA Secretary said that it likely will not be until late 2020 that they have a decision on which, if any, conditions will be added.  He stated that VA is waiting on the results of two different scientific studies: the Vietnam Era Health Retrospective Observational Study and the Vietnam Era Mortality Study.  The problem is that both of these studies will need to be analyzed and pre-reviewed before they can be published.  This could add even more delay to the timeframe for when the decision is made.

Such delays are truly unfortunate as data estimates that there are up to 83,000 veterans who are suffering from hyperthyroidism, bladder cancer, and Parkinson’s-like tremors.  While we wait for VA to make a decision on adding those conditions, there is a large portion of the veteran community that is waiting and is already suffering from them.  Hopefully, there will be an answer from VA within this year.