Many veterans suffer from prostate cancer due to their time in military service.  VA offers service-connected compensation to these veterans based on active cancer or the presence and severity of the cancer residuals.

What is Prostate Cancer?

Certain factors could make a person more susceptible to developing prostate cancer.  These factors can include age, ethnicity, geography, family history, or genetic changes.  Other risk factors can include exposure to certain chemicals and toxic substances, like Agent Orange.

Prostate cancer can usually be found through screening.  Early prostate cancer usually does not cause symptoms, so screening can be crucial for detection.

Tests to detect and diagnose prostate cancer can include:

Treatments may vary depending on the severity of the cancer, as well as the age and overall health of the individual.  These treatment methods could include:

How Does VA Rate Prostate Cancer?

Upon establishing service connection, the VA rates prostate cancer depending on if it is active. If the cancer is active, the VA should automatically assign a 100% disability rating. If the cancer goes into remission, the VA will evaluate each residual of the cancer and rate them based on the severity.

These are some common residuals of prostate cancer and their ratings.

These are just a few common residuals and some veterans may experience additional residuals. Presence and severity vary from person to person. 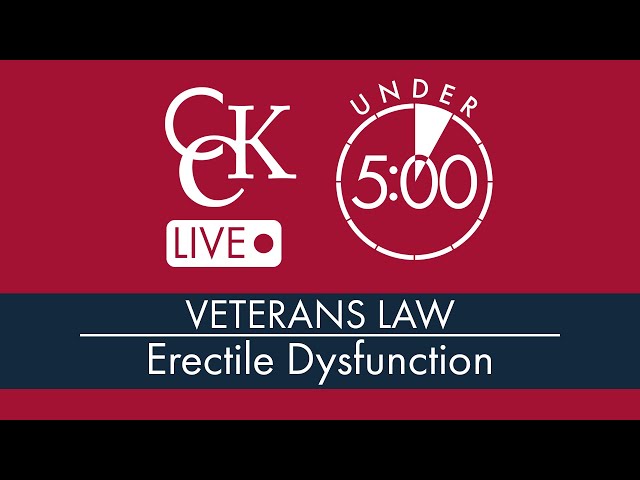 Various forms of exposure that veterans have faced during their service have been linked to prostate cancer.  Some forms of exposure do have presumptive service connection, while others do not.  Therefore, depending on the form of exposure, some veterans may have an easier time becoming service-connected than others.

Agent Orange is one of several herbicides, or “rainbow herbicides,” that were used during the Vietnam War era.  Specifically, Agent Orange was a mixture of two different kinds of highly toxic chemicals: 2, 4-D and 2, 4, 5-T.  The highly toxic dioxin contaminant known as 2, 3, 7, 8-TCDD is a byproduct produced by Agent Orange.  Many veterans came into contact with Agent Orange, including those who served in areas other than Vietnam.

Veterans who were exposed to Agent Orange and developed prostate cancer are entitled to presumptive service connection, so long as they are able to prove they served in qualifying locations and time periods.  Specifically, these veterans do not have to prove a connection between their prostate cancer and military service to be eligible to receive VA health care and disability compensation

In regard to Agent Orange exposure, VA has established a presumption of exposure for the following locations and time periods:

Many U.S. Military veterans have suffered health consequences due to burn pit exposure.  Most of the negative effects involve temporary ailments of the respiratory system, though limited evidence suggests a link between burn pit exposure and the long-term deterioration of lung health.

Research continues to be done to link burn pit exposure to a variety of different conditions, such as cancers and respiratory conditions.  While further research will need to be conducted, it has indicated that one of the known chemical compounds which was found in Agent Orange, called TCDD, was also released by burn pits.

While VA does acknowledge certain conditions as being eligible for presumptive service connection if the veteran can prove exposure to Agent Orange, VA has not established a presumption for veterans exposed to burn pits.  Since there is no presumption, VA adjudicates burn pits claims on a case-by-case basis.

Any of these bills, if passed, would offer much-needed relief to veterans suffering the toxic effects of burn pit exposure.  Specifically, the COVENANT Act would make any form of reproductive cancer presumptive.  Essentially, this means that the burden of proof would no longer be on the veteran to demonstrate the link between military burn pit exposure and prostate cancer.

Yes…and no.  As mentioned above, prostate cancer is a presumptive condition for veterans exposed to Agent Orange.  “Presumptive” means that veterans do not have to provide a nexus (a link between their condition and service) to prove service connection.

Veterans who were exposed to burn pits in the Southwest theatre of operations after September 11, 2001 have also gone on to develop prostate cancer.  While VA does not acknowledge disabilities as presumptively caused by burn pits, veterans can provide a nexus opinion from a medical professional to argue for service connection for their prostate cancer.

VA disability claims for prostate cancer, specifically stemming from exposure to military burn pits, may be denied by VA because there is no presumption of exposure.  However, if your claim for prostate cancer was denied, you still have options for appealing the decision.

The accredited VA disability attorneys at CCK may be able to help you secure VA disability benefits for your prostate cancer.  Contact our office today for a free consultation.