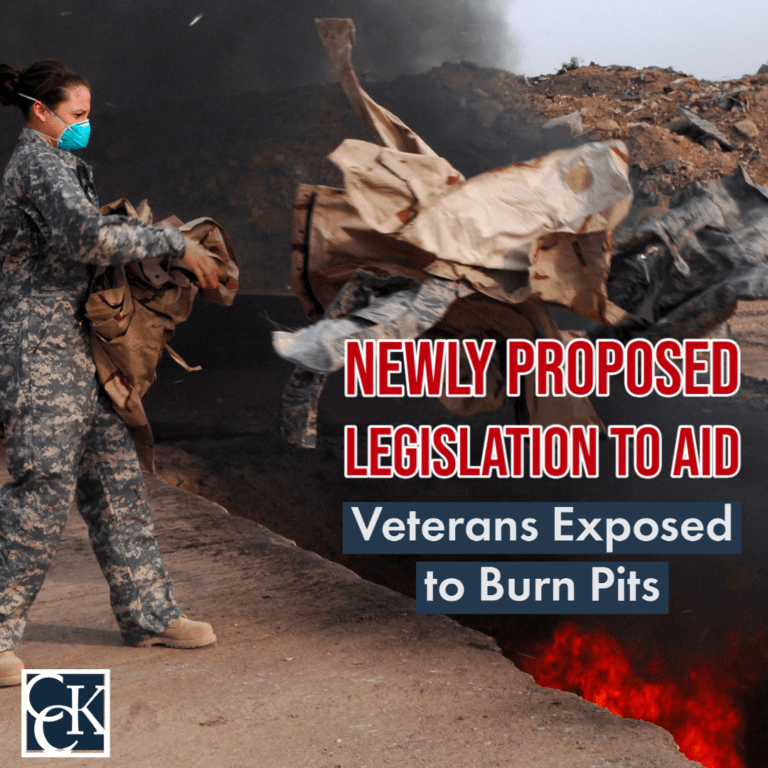 Recently, there has been a renewed focus on burn pits and their impact on military veterans.  There are several bills currently pending in both the United States Senate and the House of Representatives that would provide better healthcare and streamline the process for veterans seeking VA disability benefits for the toxic effects of burn pit exposure.

Military burn pits are large areas of land in which the military and its contractors incinerated all waste generated by military bases.  The United States military used burn pits as part of its waste disposal protocol in places such as Iraq and Afghanistan in the post-9/11 era.  The practice was effective in reducing large quantities of waste, but the pits emitted plumes of toxic smoke.

Waste materials commonly disposed of in these burn pits include:

In many of the locations where military burn pits were used, the air quality was already poor.  The high level of allergens and pollutants in the air likely served to exacerbate the respiratory and lung problems caused by burn pit exposure.  Furthermore, in places like the Middle East, desert winds often carried the toxic air for miles beyond the locations surrounding the burn pits. 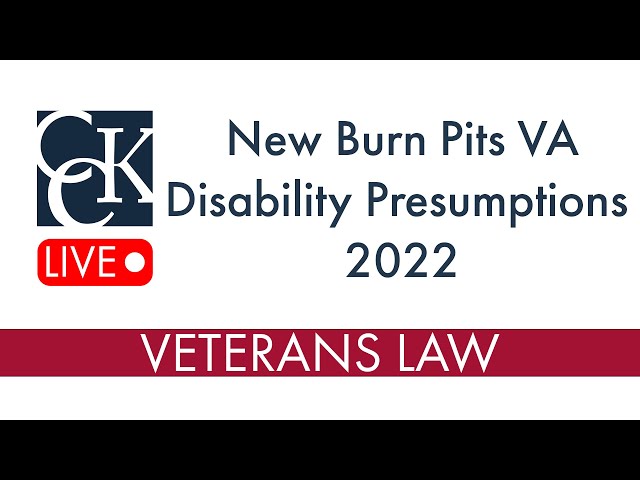 There are several major bills currently pending in the Senate, and one in the House of Representatives, that deal with the toxic exposure caused by burn pits.  These bills include:

VA estimates that about 3.5 million veterans have been exposed to burn pits, according to a 2015 report.  However, only about 230,000 of these veterans registered for VA’s burn pit data collection registry.

Efforts to provide medical care to military victims of burn pits have long been plagued by delays, both on the part of Congress and VA.  VA maintains the science is not clear on diseases potentially caused by burn pit exposure, but advocates argue that VA is stalling, and repeating mistakes made with Vietnam veterans exposed to Agent Orange and World War II veterans exposed to radiation.  Any of these bills, if passed, would offer much needed relief to veterans suffering the toxic effects of burn pit exposure.

The Conceding Our Veterans’ Exposure Now and Necessitating Training Act (COVENANT Act) is a piece of legislation that was introduced by Representative Elaine Luria in the House of Representatives in March of 2021.  The COVENANT Act aims aid veterans in a number of ways, including:

The Conceding Our Veterans’ Exposure Now and Necessitating Training Act would also do away with most of the burden of proof on veterans seeking VA disability benefits for burn pit exposure-related conditions.  Instead, veterans would need only to prove that they served in affected areas during the covered time period and be diagnosed with one of the illnesses named in the bill.

The bill would cover veterans who served after Aug. 1, 1990 in Bahrain, Iraq, Kuwait, Oman, Qatar, Saudi Arabia, Somalia or the United Arab Emirates.  In addition, it would apply to veterans who served after the 9/11 attacks in Afghanistan, Djibouti, Egypt, Jordan, Lebanon, Syria, Yemen, Uzbekistan, the Philippines or “any other country determined relevant” by the VA secretary.

While this bill is potentially less costly than some of the other proposed bills and covers a wide range of illnesses caused by burn pit or toxic exposure, it does not allow new conditions to be covered later.  This could become an issue if future studies determine a link between new conditions not included in the bill and toxic exposure.

Originally proposed last year, the Presumptive Benefits for War Fighters Exposed to Burn Pits and Other Toxins Act of 2021 was reintroduced by Senators Kirsten Gillibrand and Marco Rubio in the U.S. Senate.  A version of the bill is also set to be introduced into the House by Representatives Raul Ruiz and Brian Fitzpatrick in April 2021.  Importantly, this bill also has the backing of some key veteran groups.

The bill aims to remove a VA requirement that veterans prove a link between a dozen diseases and exposure to burn pits and other toxins.  Instead, veterans would only need to submit documentation that they received a campaign medal associated with the Global War on Terror or the Gulf War and they suffer from a qualifying health condition.  The act would also cover veterans affected by contact to chemical weapons, nerve agents or other battlefield toxins, such as those encountered by troops at Karshi-Khanabad Air Base in Uzbekistan.

Countries and territories listed in the bill include, but are not limited to:

The Presumptive Benefits for War Fighters Exposed to Burn Pits and Other Toxins Act of 2021 uses the law providing health care to the victims of the 9/11 attacks as a blueprint, due to the similarities between those suffering burn pit exposure and many 9/11 first responders getting sick and dying from inhaling toxic debris.  Unlike the COVENANT Act, this bill would allow additional health conditions to be added later.

Senators Joe Manchin and Dan Sullivan, members of the Senate Veterans Affairs Committee, reintroduced the Veterans Burn Pit Exposure Recognition Act in February 2021 to the United States Senate.  It is also supported by some major Veterans Service Organizations (VSOs).  The act will address a barrier that is currently preventing many veterans from getting VA healthcare and benefits for illnesses and diseases caused by or directly related to burn pit exposure.

More specifically, the Veterans Burn Pit Exposure Recognition Act would recognize and concede their exposure to airborne hazards, toxins, and particulate matters from burn pits during deployed service in locations such as Iraq and Afghanistan.  This act would not automatically grant benefits or healthcare to veterans who served near a burn pit, nor would it create a presumption of service connection, as is the case with conditions related to Agent Orange exposure.

Even with a concession of exposure, veterans would still need to provide sufficient evidence of a link to a specific illness or disease in order to qualify for VA benefits.  However, the act would acknowledge the lack of information between burn pit exposure and the health conditions it may cause.

Given the limited information that exists about exactly when and where burn pits were active, or the precise locations of individuals who served near them, it is unreasonable for a veteran to prove they were exposed to specific toxins from specific burn pits on specific days.  Additionally, the act would ensure that Congress works with VA and the Department of Defense to expand burn pit research.  Upon further scientific study and evidence, this might eventually lead to decisions on presumption of service connection.

The Toxic Exposure in the Military Act (TEAM Act) was announced in April 2021 by Senator Thom Tillis.  The goal of this bill would be to expand VA health care eligibility to all veterans who were exposed to toxic substances during their military service.

The TEAM Act would establish an independent commission to research the health effects of all military toxic exposures and report its findings to VA and Congress. This would include exposures that occurred on United States bases.  It would also require VA to enter into an agreement with the National Academies of Sciences, Engineering, and Medicine to conduct scientific studies regarding the association between illnesses and toxic exposures.  Specifically, it would ensure that VA responds to scientific evidence of association within an established timeframe.

The passing of the TEAM Act would create a toxic exposures questionnaire to be administered during VA primary care visits to determine whether a veteran was exposed to toxins during their service.  Along with this questionnaire, the act would improve training for VA personnel on toxic exposure-related conditions.

Was Your VA Claim Based on Burn Pit Exposure Denied?

The experienced team at Chisholm Chisholm & Kilpatrick have a history of successfully representing veterans who have been exposed to toxic substances and have conducted extensive research on burn pits. If your VA disability claim has been denied, contact CCK at 800-544-9144.