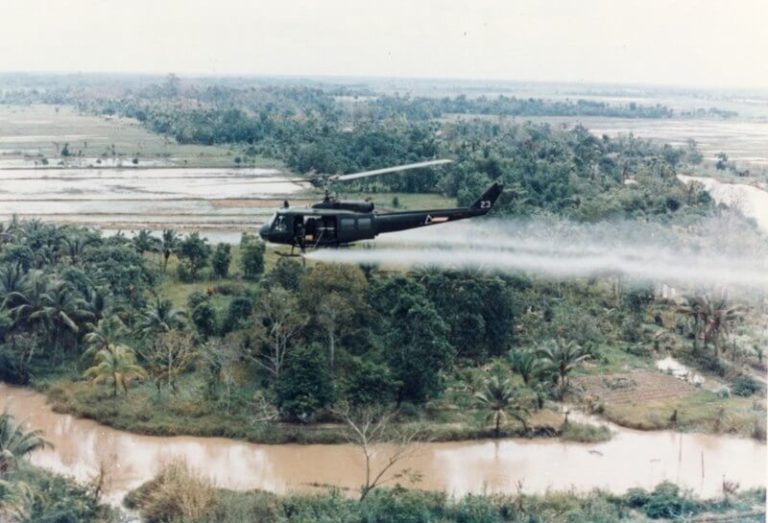 Hypothyroidism, also referred to as having an underactive thyroid, is a condition in which your thyroid gland does not produce enough of certain hormones.  The signs of this condition vary and may not be noticeable during the early stages.  Instead, the problems associated with hypothyroidism tend to develop slowly and gradually over time.  Symptoms may include the following:

Doctors may test for hypothyroidism when someone is experiencing an onset or progression of the above-mentioned symptoms.  Diagnosis of this condition is based on the symptoms as well as the results of blood tests that measure the level of thyroid-stimulating hormones.  Standard treatment for hypothyroidism involves daily use of an oral medication that restores adequate hormone levels, reversing the signs and symptoms that are present.

There has been growing concern amongst veterans in recent years regarding a potential association between exposure to Agent Orange and the later development of hypothyroidism.

The Institute of Medicine (IOM) released a report in 2016 containing new research that found that hypothyroidism is more strongly linked to Agent Orange exposure than previously thought.  The 1,115-page review is the final in a series conducted by the IOM on health problems related to Agent Orange and other herbicide agents during the Vietnam War.  These new findings were based on a review of the scientific literature on Agent Orange released between October 2012 and September 2014.  Specifically, the IOM looked at the results of a large study of veterans who served in the Vietnam War.  These findings resulted in the IOM upgrading the association between hypothyroidism and exposure to Agent Orange from “inadequate or insufficient evidence” to “limited or suggestive evidence.”  Furthermore, in its report, the IOM made several recommendations to VA to address illnesses in Vietnam veterans, to include recommending that VA continues to study their health, develop protocols to investigate the transmission of adverse effects to offspring by exposed fathers, and begin a study on the health consequences of dioxin exposure in humans.  The IOM also recommended that the Department of Defense (DoD) and VA monitor potential service-related health effects in military personnel, to include creating and maintaining rosters of individuals deployed on missions and linking DoD databases to identify, record, and monitor trends in diseases.

Since the release of this report in 2016, VA has been deciding whether to expand Agent Orange presumptive benefits to Vietnam veterans with hypothyroidism.  VA was reportedly going to decide on the presumptive status of this condition in November 2017.  However, VA issued a statement at that time stating that it would further explore the issue and then pushed its decision to an undisclosed point in the future.  The Agent Orange Act of 1991 had required that the VA Secretary take action on IOM recommendations within 60 day of receiving a report; however, the law expired in 2015.  VA has continued to set and subsequently miss numerous deadlines to take action regarding this matter.

At the Senate Veterans’ Affairs Committee hearing held on March 26, 2019, Secretary Wilkie was asked to comment on the presumptive status of hypothyroidism.  Dr. Richard Stone (Executive in Charge of the Veterans Health Administration) responded to this noting that VA hopes to make a decision within the next 90 days.

How Does VA Rate Hypothyroidism?

If service connection is awarded for hypothyroidism, VA will rate the condition under 38 CFR 4.119 – Schedule of Ratings, Endocrine System, Diagnostic Code 7900.  Upon initial diagnosis, VA assigns veterans a 30 percent disability rating for a period of six months.  After six months, veterans are reevaluated and rated based on the residual symptoms of the disease or complications of medical treatment.  VA uses diagnostic codes from the affected body system to rate residuals or complications.