What is Trachea Cancer? 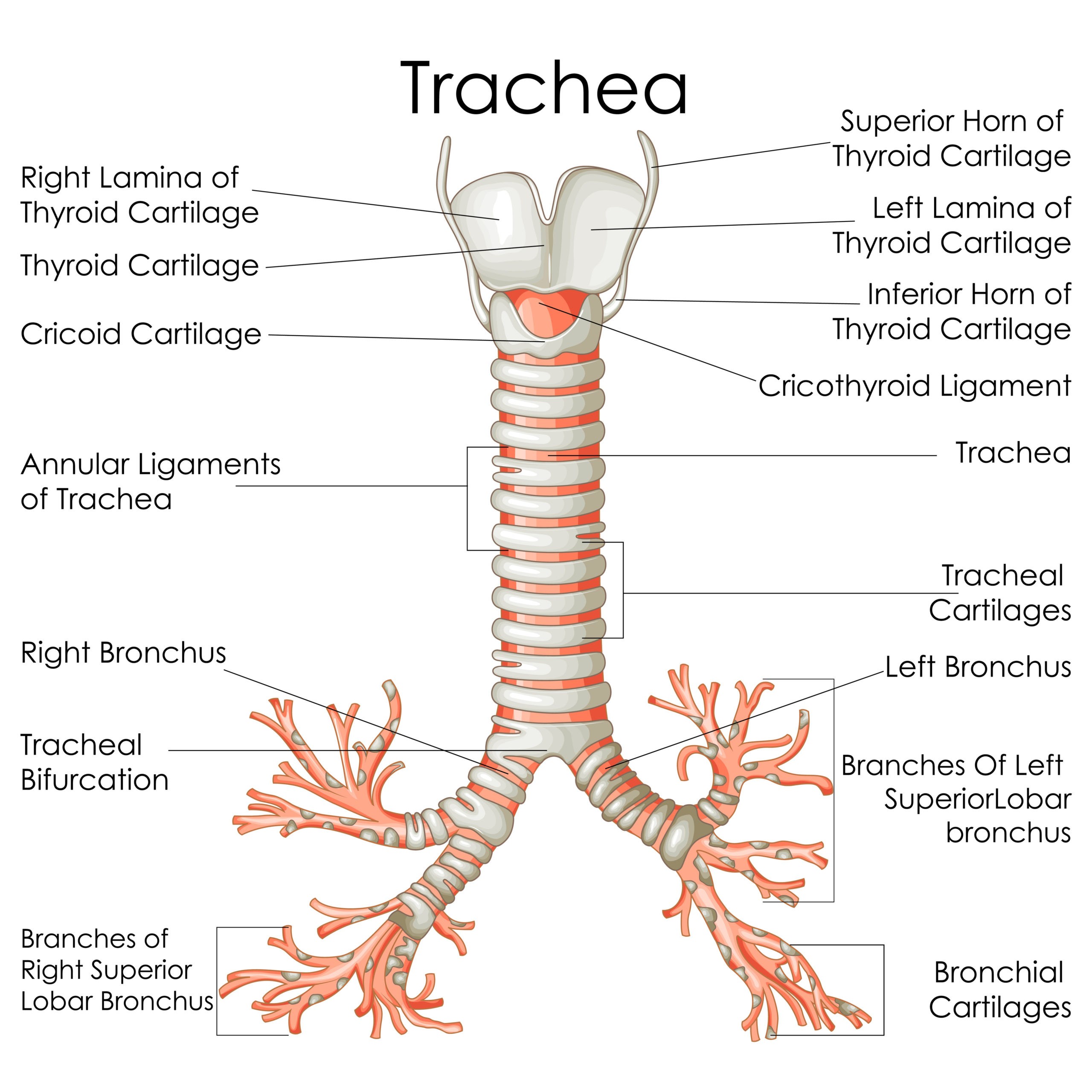 Diagnosing trachea cancer may take the expertise of a respiratory specialist or a doctor who specifically treats the ears, nose, and throat.  These specialists may take a CT scan, or computerized tomography, of the person’s trachea or surrounding area which may be affected by the tumor.  Other tests could include an x-ray, MRI, ultrasound, biopsy, or lung function test.

In the instance of presumptive service connection, the veteran will not necessarily need a nexus linking the veteran’s in-service occurrence to their trachea cancer.

Once a claim has been filed for trachea cancer, VA may request a Compensation and Pension exam, or C&P exam.  It is crucial that VA has the veteran’s up-to-date contact information so that the veteran does not miss any C&P exam requests, which usually come via phone call or letter.  It is also very important to attend the exam, as failure to attend can result in a denial of the veteran’s claim.

The veteran may also use a DBQ, or Disability Benefits Questionnaire, to bolster their claim.  A Disability Benefits Questionnaire is a form created by VA that allows veterans to address important aspects of their condition, such as symptoms, severity, possible causes, and relation to other disabilities.  The veteran may also have their private doctor fill out a DBQ for them.  In claims for trachea cancer, a cancer specialist or an ears, nose, and throat doctor who treats the veteran may be able to provide insight into the veteran’s cancer.

If a veteran is service-connected for an active cancer, VA should automatically assign a 100 percent disability rating.  This rating will continue as long as the veteran’s cancer is active.  After six months following the veteran’s successful treatment program, which can include chemotherapy, radiation, or surgery, VA will schedule the veteran for a C&P exam to re-evaluate their condition.  If the veteran’s cancer is in remission, then VA will evaluate the cancer based on its residuals.

Trachea cancer has been linked to veterans who were exposed to military burn pits during their service.  Military burn pits are large areas of land in which the military and its contractors incinerated all waste generated by military bases.

The United States military used burn pits as part of its waste disposal protocol in places such as Iraq and Afghanistan in the post-9/11 era.  The practice was effective in reducing large quantities of waste, but the pits emitted plumes of toxic smoke.

Materials such as human and medical waste, plastic, rubber, petroleum, and ammunition were disposed of in burn pits.  Toxins released when these materials were burned have been linked to numerous different health conditions, including trachea cancer.

At this time, there is still much research to be done in order to better understand the long-term health impacts of burn pits.  However, research has indicated that the main dioxin released by burn pits, called TCDD, was also one of the major toxins in Agent Orange.

As of 2021, there are several major bills currently pending in the Senate, and one in the House of Representatives, that deal with the toxic exposure caused by burn pits.  These bills include:

Any of these bills, if passed, would offer much-needed relief to veterans suffering the toxic effects of burn pit exposure.  Specifically, the COVENANT Act would create a presumption of service connection for veterans who were exposed to military burn pits during their service and went on to develop specific conditions.  Any type of respiratory cancer would be included as a presumptive service connection.  As the trachea is part of the respiratory system, trachea cancer would become a presumptive condition if this bill were to pass.

The VA-accredited, experienced attorneys and advocates at Chisholm Chisholm & Kilpatrick LTD have decades of experience successfully representing veterans who have been wrongly denied VA disability benefits. For a free, confidential consultation, contact us today at 800-544-9144.