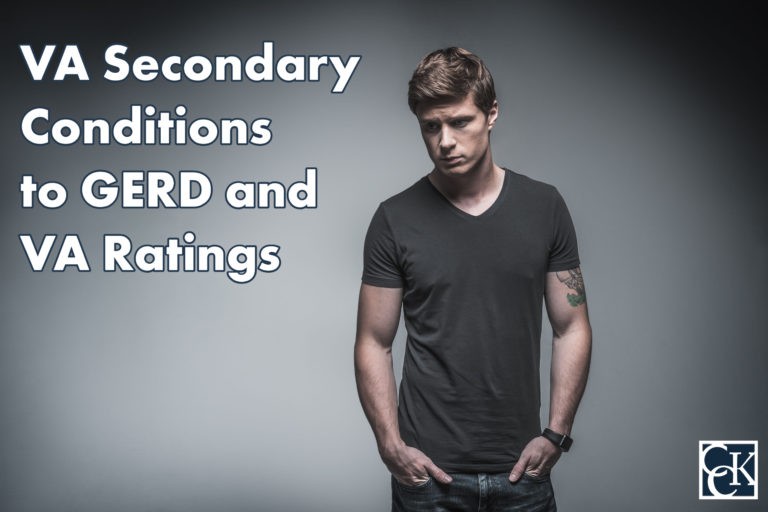 What is Gastroesophageal Reflux Disease (GERD)?

Gastroesophageal Reflux Disease, or GERD, is a chronic digestive condition characterized by stomach acid flowing back up the esophagus, causing discomfort and inflammation and may be a secondary condition to many disabilities.

A sphincter at the bottom of the esophagus that allows food to pass into your stomach usually prevents it from traveling back up.  When the sphincter is weakened, stomach acid can travel back up the esophagus.  This leads to heartburn and acid reflux, the two primary indicators of GERD. GERD may also occur due to another existing condition, such as a hernia, migraines, or chronic obstructive pulmonary disease (COPD).  GERD is also linked to mental health conditions that are common among veterans, such as post-traumatic stress disorder (PTSD) and anxiety.

There are several possible reasons why PTSD may lead to a veteran developing GERD.  Selective serotonin reuptake inhibitors (SSRIs), which veterans take to treat their PTSD symptoms, have side effects that cause digestive issues, like GERD.  There is also medical evidence suggesting that PTSD can cause an overproduction of stomach acid, which may lead to GERD.

GERD Secondary to Anxiety and Depression

Depression and anxiety are also rated using the General Rating Formula for Mental Disorders. Veterans can be rated at 0, 10, 30, 50, 70, or 100 percent. 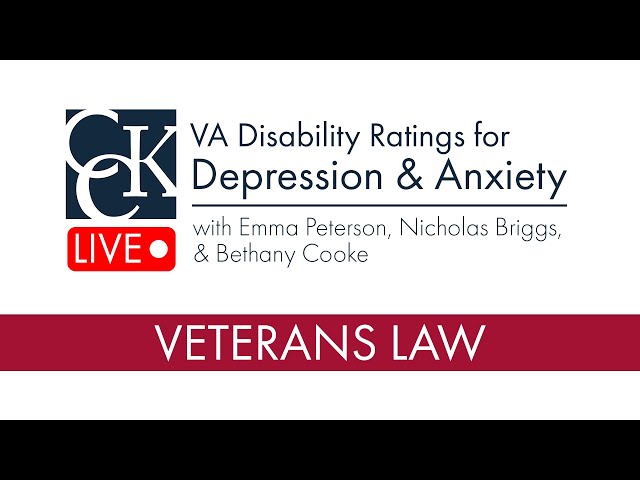 The U.S. Department of Veterans Affairs (VA) rates GERD as analogous to other digestive conditions, as it does not have its own rating criteria.  Analogous ratings are given to conditions not specifically listed under VA’s Schedule for Rating Disabilities.  Instead, VA will assign a disability rating under the closest diagnostic code to the condition.

GERD is typically rated analogous to a hiatal hernia under 38 CFR § 4.114, Schedule of Ratings – Digestive System, Diagnostic Code 7346.  Ratings under this diagnostic code range from 10 to 60 percent disabling, depending on the severity of symptoms.  The assigned rating corresponds to the veteran’s compensation rate.

These are the criteria for each rating:

What is a Secondary VA Disability?

Veterans will receive the same amount of VA compensation for a condition whether it is service-connected on a secondary or direct basis.

There are three types of sleep apnea:

Asthma is a respiratory condition in which a person’s airways become inflamed and narrow, making it difficult to breathe.  Symptoms include coughing, wheezing, or shortness of breath.

Veterans with GERD may suffer from chest distress and symptoms of asthma.  If someone already diagnosed with asthma develops GERD, the condition may worsen or trigger asthma symptoms.

VA rates asthma under 38 CFR § 4.97, Diagnostic Code 6602, ranging from 0 to 100 percent.  A 100 percent rating is assigned to veterans who experience more than one asthma attack a week with episodes of respiratory failure, and who require daily use of systemic high dose corticosteroids or immunosuppressive medications.

Chronic sinusitis occurs when the spaces inside your nose and head (i.e., sinuses) are swollen and inflamed for three months or longer, despite treatment.  GERD may increase the risk of chronic sinusitis in adults, as stomach acid can travel up and inflame the nose and sinuses.

Sinusitis usually leads to a stuffy nose which makes breathing through the nose difficult.  Other common symptoms include swollen eyes, ear pain, reduced sense of smell and taste, coughing or throat clearing, fatigue, and more.

Service-connected chronic sinusitis can be rated at 0, 10, 30, or 50 percent depending on how incapacitating it is for the veteran.

Barrett’s esophagus is an even more serious complication of GERD, developing at an advanced stage of erosive esophagus.  In Barrett’s, cells in the esophageal lining will convert into new cells that can withstand the stomach acid – this cell conversion is precancerous.

Did VA Deny Your Disability Claim?

If your claim for benefits to a condition secondary to GERD was denied, an experienced veterans’ advocate at Chisholm Chisholm & Kilpatrick LTD may be able to help.  Appealing a VA decision can be long and difficult to navigate, and CCK can help ease the process.