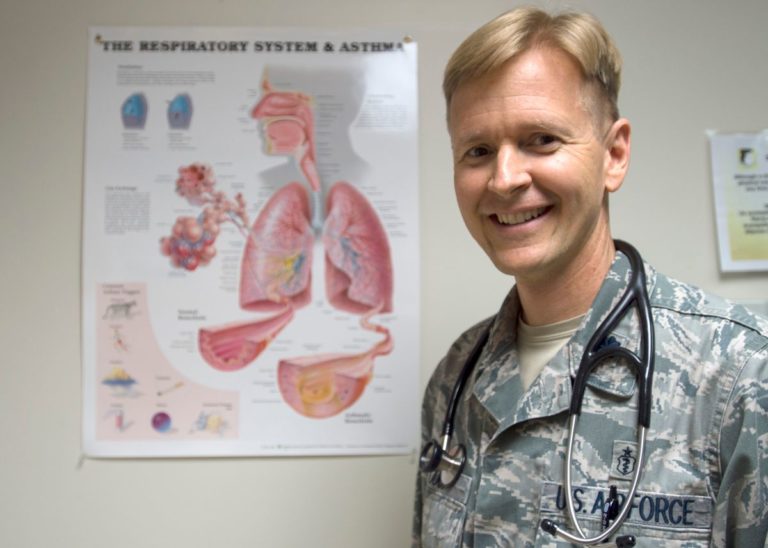 Asthma, also called bronchial asthma, is a respiratory condition in which a person’s airways become inflamed, making it difficult to breathe.  When the airways become inflamed and narrow, some people may cough, wheeze, or experience shortness of breath.  Severity ranges from person-to-person and can be minor or very severe.

How Do I Get Service Connected for Asthma?

In most cases, veterans seeking service connection for asthma must show three things:

Once a veteran files a claim for their asthma, VA may request a Compensation and Pension exam, or C&P exam.  Veterans should make sure VA has their updated contact information, or else VA may not be able to contact you about your exam.  It is also important to attend the exam, as failure to attend can result in VA denying your claim.

The exam will usually be performed by a VA physician or a VA contracted physician.  Before the exam, the examiner should review the veteran’s c-file, which contains any documentation that has been previously submitted to VA, as well as the veteran’s medical and service records.

The veteran may also use a DBQ, or Disability Benefits Questionnaire, to bolster their claim.  A Disability Benefits Questionnaire is a form created by VA that allows the veteran to address important aspects of their condition, such as symptoms, severity, and possible causes, as well as the relationship between their condition and other disabilities.  The veteran may also have their private doctor fill out a DBQ for them.  This can be helpful, as the doctor who typically treats the veteran’s asthma can speak to specific ways the condition impacts the veteran’s life.

How Does VA Rate Asthma?

VA disability ratings are meant to compensate veterans for the loss of earning capacity due to their service-connected condition.  VA rates asthma based off the following:

VA looks at additional information to determine severity depending on the rating.  Importantly, VA will base the ratings on findings during an asthma attack.  If a veteran is not having an attack during a VA examination, there must be a history of attacks in the record for the VA to consider.  VA rates asthma under 38 C.F.R. 4.97, diagnostic code 6602.  Ratings range from 0 percent to 100 percent.

For the 10 percent rating, a veteran must show one of the following:

For the 30 percent rating, a veteran must have:

To qualify for the 60 percent rating, a veteran must have:

Finally, the 100 percent rating requires that a veteran show:

Veterans who are prevented from working because of their asthma, or symptoms of their asthma, may be able to receive a monthly VA disability benefit called total disability based on individual unemployability, or TDIU.  This benefit compensates veterans at the 100 percent rating level, even if their disability rating may be less than that.

Veterans with multiple conditions may have a combined rating which would make them eligible for TDIU.  As a result, veterans who receive a rating for their asthma may be able to receive compensation at the 100 percent rating level through TIDU.

Open-air burn pits are large areas of land that were used as a means of waste disposal on American bases in Iraq, Afghanistan, and Djibouti after September 11, 2001.  The practice was effective in reducing large quantities of waste, but the pits emitted plumes of toxic smoke.  The following materials have been linked to military burn pits:

As these materials were burned, harmful chemicals and toxic fumes were released into the atmosphere.  As such, many veterans of Operation Enduring Freedom (OEF) and Operation Iraqi Freedom (OIF) have developed health conditions from hazardous exposures caused by the burn pits.

What Conditions Have Been Linked to Burn Pit Exposure?

Burning hazardous materials and chemicals in open-air pits emits toxic substances and carcinogens that can cause a host of diseases, some severe and even deadly.

Respiratory conditions, such as asthma, have been linked to burn pit exposure.  Many veterans who served in areas affected by burn pits have gone on to develop asthma after their service.

In addition to asthma, the following symptoms or conditions have been linked to military burn pit exposure:

Importantly, VA recently announced that as of August 2, 2021, it will begin processing disability claims for asthma, rhinitis, and sinusitis on a presumptive basis based on presumed particulate matter exposures.  Veterans will only be eligible for this presumption if they meet certain criteria, including service in Southwest Asia and other specified areas and manifestation of asthma, rhinitis, or sinusitis within 10 years of a qualifying period of military service.  Many veterans exposed to burn pits during their service and developed one of these three conditions may be able to seek service connection under this new presumption.

This change in VA’s adjudication policy impacts veterans who served in Afghanistan, Uzbekistan, Syria, or Djibouti between September 19, 2001 and the present day.  It also encompasses veterans who served between August 2, 1990 and the present in the Southwest Asia theater of operations.  The Southwest Asia theater of operations refers to the following areas:

Any of these bills, if passed, would offer much needed relief to veterans suffering the toxic effects of burn pit exposure.  Specifically, the COVENANT Act would create several presumptive conditions, including asthma, that developed after service due to toxic exposure.

Was your VA Disability Claim for Asthma Denied?

If your VA disability claim for asthma has been denied, do not give up the fight.  Many veterans are denied at least once  before being awarded the benefits to which they are entitled.  CCK’s accredited VA disability attorneys may be able to help with your asthma disability claim.  Contact our office for a free consultation today at (800) 544-9144. 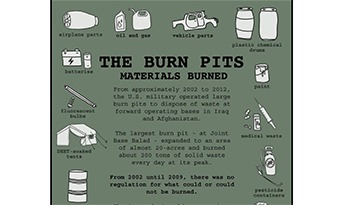