What is Reactive Airway Disease?

Reactive Airway Disease (RAD) is a general term used to describe a variety of symptoms that affect a person’s breathing.  For example, RAD is often used when asthma is suspected but has not been diagnosed yet.

There are a number of factors that can cause a person to develop, or have a higher risk of developing RAD:

When treating Reactive Airway Disease, a doctor will most likely look to ease swelling and reduce symptoms.  There are a few medicines or methods of treatment which may be used:

The best course of action is to avoid triggers for reactive airway disease.

As RAD is closely linked to asthma, the two conditions share many of the same causes in Veterans.

It is widely accepted that inhalation of toxic fumes can lead to asthma, and thereby reactive airway disease.  Veterans of Operation Enduring Freedom (OEF) and Operation Iraqi Freedom (OIF) were exposed to toxic fumes emitted from open air burn pits and sulfur fires.

Burn pits were used as a means of waste disposal in Iraq, Afghanistan and Djibouti after September 11, 2001.  Military personnel burned hazardous materials such as human and medical waste, ammunition, aluminum and plastics, and fuel.  The practice was effective in reducing large quantities of waste, but the pits emitted plumes of toxic smoke.  One of the most well-known of these pits was located at Joint Base Balad and spanned more than 10 acres.

Burning hazardous materials and chemicals in open-air pits emits toxic substances and carcinogens that can cause a host of diseases, some severe and even deadly.  Asthma have been linked to burn pit exposure, meaning that Reactive Airway Disease has also been linked to this practice.

Burn pits also emitted particulate matter into the air surrounding the areas where substances were burned.  Particulate matter is a mixture of very small particles and liquid droplets that can be harmful when inhaled or ingested.

In 2021, VA announced presumptive service connection for veterans who:

Presumptive service connection essentially means that veterans should have an easier time becoming service-connected if they meet the above qualifications, as the burden is no longer on the veteran to prove the connection between their condition and their service.

Another known military cause of breathing problems is sulfur dioxide and hydrogen sulfide gases.  On June 24, 2003, Mishraq State Sulfur Mine Plant in Northern Iraq set fire and burned for approximately three weeks.  The toxic fumes emitted from the fire impacted many troops who were located near the plant.

Both sulfur dioxide and hydrogen sulfide gases can produce coughing, and irritation of the eyes, nose, and throat.  At high levels, sulfur dioxide can cause significant airway obstruction.  As such, Reactive Airway Disease may be a side effect of exposure to the sulfur mines.

In order to receive VA disability benefits for any condition, veterans will need to prove three things to VA by establishing service connection:

Veterans can submit a claim for VA disability benefits on VA Form 21-526EZ.  This can be submitted via mail to the Evidence Intake Center or electronically through VA’s website.

After a veteran files a claim for any condition, VA may call for a Compensation and Pension (C&P) exam.  A C&P exam is an exam requested by VA to evaluate a veteran’s disabilities and obtain more information about their condition or how it affects their daily life.

A C&P exam is usually performed by a VA examiner or a VA contracted physician.  This examiner should be knowledgeable about the information in a veteran’s c-file.  A c-file contains any documentation that VA has regarding previously submitted claims, as well as the veteran’s medical and service records.

Veterans may also use a DBQ, or Disability Benefits Questionnaire, to help support their claim.  This form allows veterans to address important aspects of their condition, such as symptoms, severity, and potential causes.  Veterans with Reactive Airway Disease may use this form to discuss how often they experience coughing episodes or difficulty breathing.

The most important thing about C&P exams is attendance.  If you fail to attend a C&P exam, VA may deny your claim. 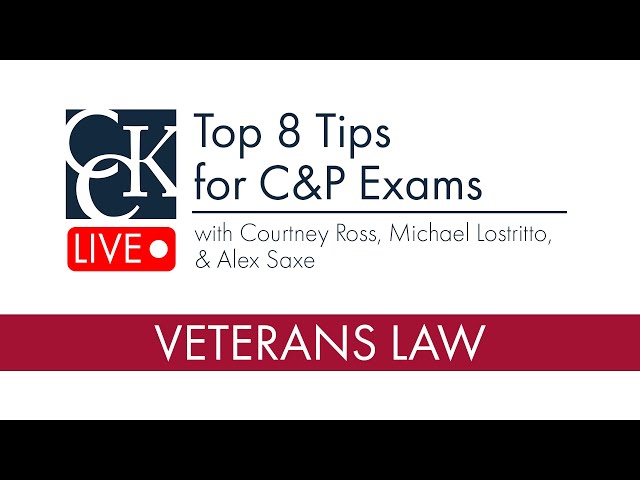 The ratings listed under Diagnostic Code 6602 are as follows:

Reactive Airway Disease is usually the name attributed to asthma-like symptoms prior to an official diagnosis of asthma.  As such, VA notes that “in the absence of clinical findings of asthma at the time of examination, a verified history of attacks needs to be in the record.” Veterans who are prevented from working because of their Reactive Airway Disease, or another similar condition such as asthma, may be able to receive a monthly VA disability benefit called total disability based on individual unemployability, or TDIU.  This benefit compensates veterans at the 100 percent rating level, even if their combined disability rating may be less than that.

Veterans with Reactive Airway Disease may be eligible for schedular or extraschedular TDIU.

Veterans may have difficulty receiving a grant of benefits for RAD, often because the condition is attributed to the symptoms of asthma without a diagnosis.  If you need assistance fighting your appeal for VA disability benefits for Reactive Airway Disease, the experienced VA disability advocates at Chisholm Chisholm & Kilpatrick may be able to help.