The Department of Defense (DoD) Open Burn Pit Report to Congress: April 2019 provides information regarding the ongoing use of open burn pits; the feasibility of phasing out the use of open burn pits by using technology incinerators (i.e. equipment that converts waste to energy); and factors that influence their continued use.  Generally, the use of open burning is limited to short term contingency operations outside of the United States where no feasible alternatives exist.  In this case, open burn pits are to be operated in a manner that prevents or minimizes risks to human health and harm to the environment.

Ongoing Use of Open Burn Pits

The data collected included the locations, type of operation (U.S. operated or contracted), and where open-burning was occurring of any type of waste.  Importantly, the list was not limited to open burning of medical waste, hazardous waste, tires and plastics commonly referred to as “covered waste.”  The table below represents the above-mentioned data:

Factors Influencing the Continued Use of Open Burn Pits

There are several factors that influence the continued use of open burn pits, including the following:

Contingency locations are designed to be temporary in nature and not enduring.  The specialized function of waste management in these locations is usually performed by engineers; however, engineers are not always available at these locations.  As a result, these small locations do not generally produce the consistent waste streams required by clean, efficient, and reliable incinerators.

Open burning remains a field expedient alternative to reduce waste volume and protect troops from disease.  Additionally, capacity and waste management practices of host nation disposal by contractors varies greatly in locations where U.S. troops operate.  For example, in countries such as Iraq, Syria, or Afghanistan, it is common practice to burn waste in open pits.

Long-term waste management solutions of Engineered Landfills or Incinerators require significant resources to fund, install, operate, and maintain at contingency locations.  Design and construction of a landfill can require military construction projects, which takes considerable time, funds, and land.  Additionally, most service members are not trained to operate incinerators or engineered landfills, which are prone to failure when not rigorously operated and maintained.

Feasibility of Phasing Out the Use of Open-Burning

DoD continues to research alternatives and test incinerator solutions that could eventually produce a more mobile and scalable solution to be fielded.  Updates in policy and guidance have added more specific requirements on reporting, analysis in solid waste management plans, increased frequency of monitoring, and health assessments.  Number of open burn pits has declined due to awareness, contracted disposal solutions, and additional theater support for hazardous and solid waste disposal.  DoD also continues to improve its knowledge of airborne hazard exposures, such as those generated in open burn pits, in order to protect the health of the force, prevent exposure, and provide the best possible medical care if exposed.  Finally, DoD is collaborating with VA to work on burn pit registry enrollment, targeted health effects research, education of healthcare providers, and improved health risk communications.

Again, DoD prohibits the use of open burn pits for disposal of waste in contingency locations unless there is no feasible alternative.  As of March 2019, there are currently nine U.S. operated or contracted open burn pit operations occurring at DoD contingency locations; however, none of the locations identified had more than 500 personnel assigned.  There has yet to be any technology or equipment solution that could eliminate all waste burning requirements for every contingency location.  DoD continues to test, evaluate, and field improvements to reduce its logistical footprint and the health and environmental impact of operations. 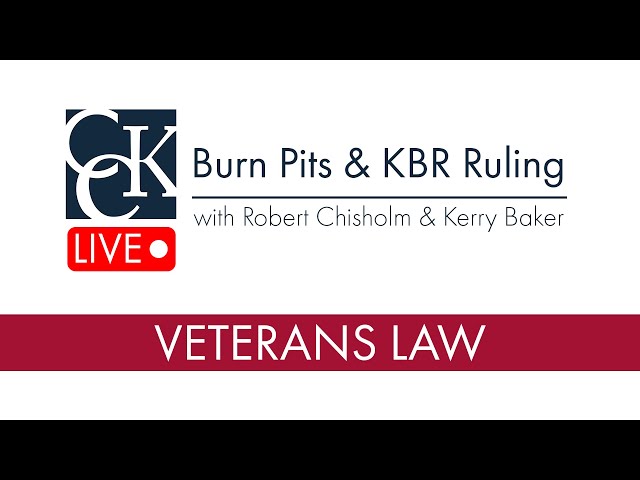