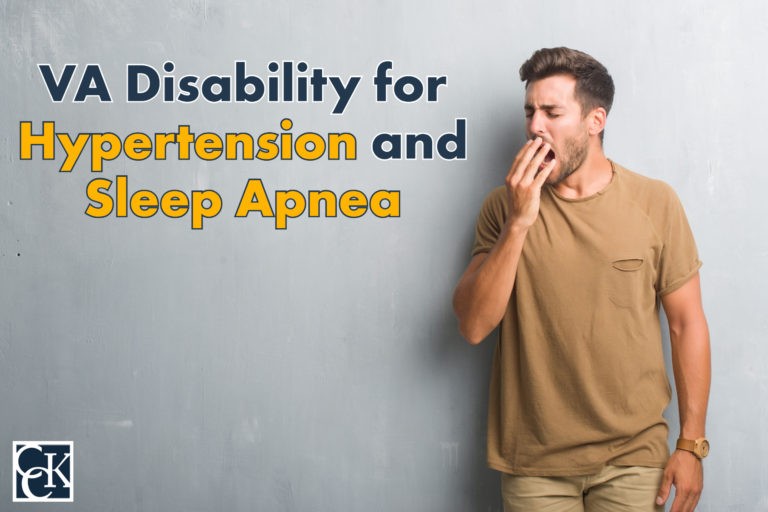 To understand VA ratings for hypertension and sleep apnea, it is important to understand the conditions and how they work together.

Hypertension means high blood pressure.  According to the Centers for Disease Control and Prevention (CDC), blood pressure is the pressure of blood pushing against the walls of your arteries (i.e., blood vessels that carry blood from the heart to other parts of the body).  Blood pressure is measured using two numbers:

Generally speaking, a normal blood pressure level is less than 120 systolic and 80 diastolic.

High blood pressure, also referred to as hypertension, is blood pressure that is higher than normal.  Blood pressure levels change naturally throughout the day based on your activities; however, having blood pressure that measures consistently above normal may result in a diagnosis of hypertension.  This condition is concerning because it places people at higher risk for other health problems, including heart disease, heart attack, and stroke.

Hypertension is typically diagnosed by healthcare providers after reviewing your systolic and diastolic blood pressure levels and comparing them to levels found in certain guidelines.  Currently, the Heart Association Guideline for the Prevention, Detection, Evaluation, and Management of High Blood Pressure in Adults (2017) adheres to the following measurements as they pertain to diagnosing hypertension:

However, VA defines hypertension as 90 or higher for diastolic and 160 or higher for systolic.  VA ratings are given at 10, 20, 40, and 60 percent based on these numbers.

Hypertension usually has no warning signs or symptoms, and many people may be unaware that they have this condition.  Essentially, taking your blood pressure is the only way to know whether you have high blood pressure.

Hypertension is usually caused by unhealthy lifestyle choices, such as not getting enough regular physical activity and exercise.  However, other health conditions, including diabetes and obesity, can also cause or increase the likelihood of hypertension.

In some cases, people with hypertension can lower their blood pressure into a healthy range by making lifestyle changes (e.g., getting 150 minutes of physical activity each week, not smoking, eating a healthy diet with limited sodium and alcohol, keeping a healthy weight, managing stress).

On the other hand, some people need to take medicine to manage their blood pressure.  Examples of medications for hypertension include thiazide diuretics, angiotensin-converting enzyme (ACE) inhibitors, and calcium channel blockers. Signs and Symptoms of Sleep Apnea

The signs and symptoms of these three types of sleep apnea tend to overlap, sometimes making it difficult to determine which type you have.  Symptoms can include:

If you have previously been diagnosed with sleep apnea, but have not undergone a sleep study, VA will not consider that diagnosis enough evidence to verify eligibility for compensation.

For mild cases of sleep apnea, doctors may suggest lifestyle changes such as losing weight or quitting smoking, if applicable.

In more serious cases, doctors may prescribe the use of a continuous positive airway pressure (CPAP) machine.  A CPAP machine delivers air pressure through a mask while you sleep that is somewhat greater than that of the surrounding air.  This allows your upper airway passages to remain open, thereby preventing apnea and snoring.

To establish service connection for sleep apnea on a direct basis, veterans must show evidence of the following:

Once service connection is awarded, sleep apnea is then rated under 38 CFR § 4.97, Diagnostic Code 6847 – Sleep Apnea Syndromes (obstructive, central, mixed).  Veterans are assigned a 0, 30, 50, or 100 percent rating depending on the severity of their condition.  The rating criteria are as follows:

Relationship Between Hypertension and Sleep Apnea

According to the American Heart Association journals and other research, obstructive sleep apnea is highly relevant to patients with hypertension.

Researchers believe that when breathing is restricted, oxygen levels in the body decrease, thereby causing an increase in blood flow.  Increased blood flow places additional pressure on the blood vessels’ walls, ultimately causing higher-than-normal blood pressure levels.  Overall, there is a clear causal relationship between sleep apnea and the development of hypertension.

Forms of Service Connection for Hypertension

To apply for secondary service connection for hypertension, veterans can file a claim the same way they would file an initial claim for service-connected compensation. 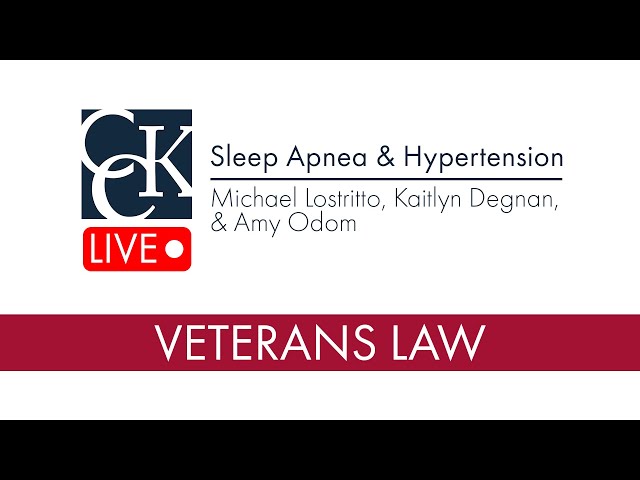 How to Prove Hypertension Secondary to Sleep Apnea

To establish a nexus between your already service-connected sleep apnea and your hypertension, you will need to submit evidence proving the link between your two conditions.

Specifically, you will need to demonstrate two things to VA to be granted service connection for a secondary condition:

Types of Evidence to Submit to Help Prove the Connection

The veterans’ benefits attorneys and advocates have decades of experience successfully representing veterans and their families before the Department of Veterans Affairs, the Court of Appeals for Veterans Claims, and the Federal Circuit. If your VA claim has been denied, we may be able to help. Contact us today at 800-544-9144. 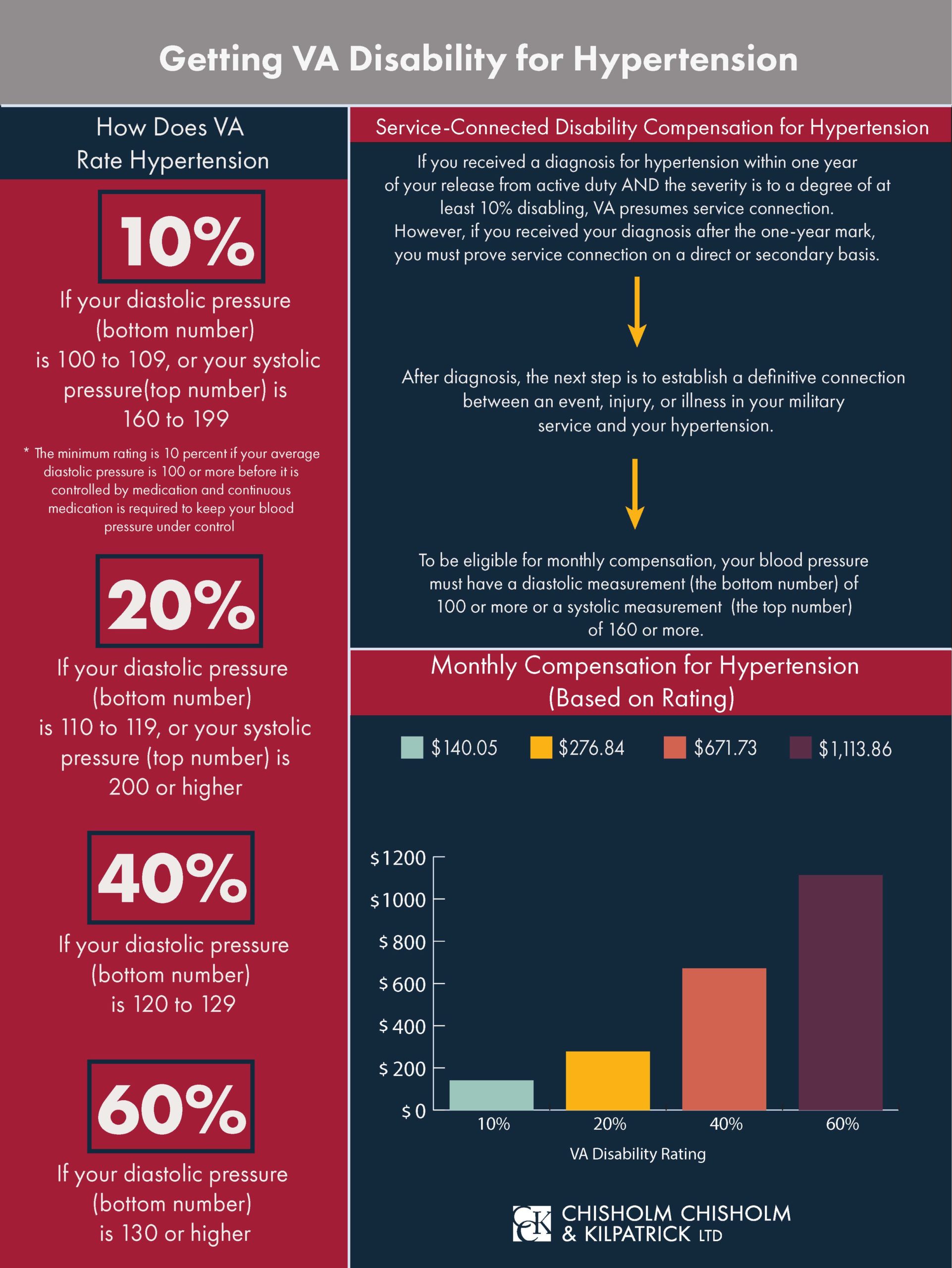