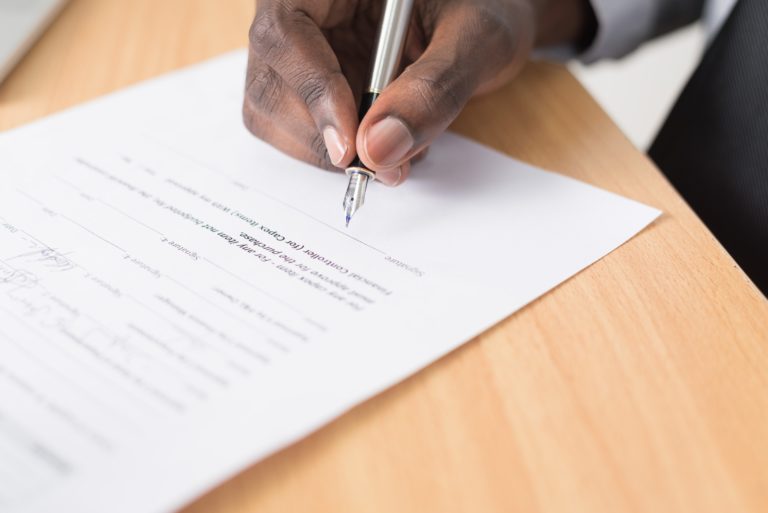 In order for any VA disability claim for direct service connection to be successful, three main elements must be present: (1) a current, diagnosed condition; (2) an in-service event, injury, or illness; and (3) a medical nexus linking the current, diagnosed condition to the in-service event, injury, or illness.

Sometimes, VA will schedule veterans for a Compensation & Pension (C&P) examination so a VA examiner can determine if there is a link between the veteran’s condition and their military service.  However, a veteran can fulfill this requirement independently by having medical professionals write nexus letters in support of their claim.

What Are Nexus Letters?

Generally speaking, a nexus letter is a document prepared for a veteran by a medical professional that explicitly connects an in-service event to the current condition for which a veteran is seeking service-connected compensation.

Nexus letters can be submitted with a veteran’s initial claim, during claim development, or during the appeals process.

Why Are Nexus Letters Important?

To receive a grant of service connection from VA, veterans must provide proof of the following:

Providing a medical nexus is often the most difficult part of this process, as it ties a veteran’s claim for service connection together.

Nexus letters can also be helpful following negative C&P examinations in which VA examiners conclude that there is no evidence between a veteran’s claimed condition and their military service.

Who Can Write Nexus Letters?

VA and VA-contracted doctors typically WILL NOT write nexus letters in support of veterans’ claims for direct service connection.

VA and VA-contracted doctors will likely provide a nexus opinion when completing a C&P examination with a veteran; however, they are less likely to write a nexus letter or provide any opinions outside of that context.

Although technically permitted to do so, VA generally discourages these doctors from opining on service connection.

Doctors who do wish to provide medical opinions that state causality must include clear and specific rationale citing evidence to support the conclusion reached and should employ standard language appropriate for medical opinions (i.e., at least as likely as).

Since VA-contracted medical providers are considered to be hired in the service of VA, they are not appropriate medical experts for the purposes of writing nexus letters.  They can, however, help veterans complete forms such as Disability Benefits Questionnaires.

However, it is important to note that not all nexus letters will be given the same weight or probative value. 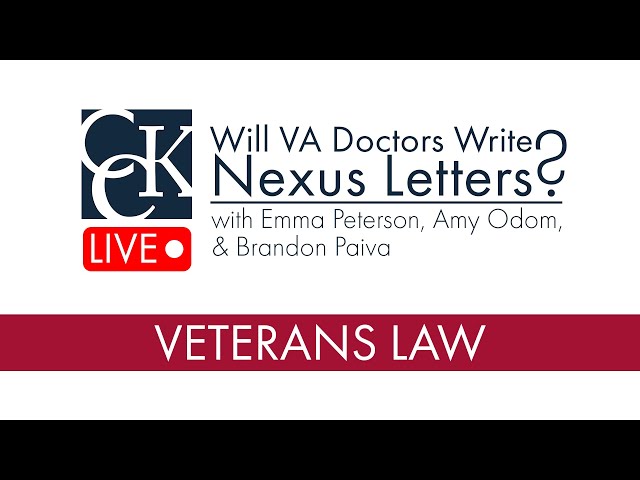 What Should a Strong Nexus Letter Include?

When requesting a nexus letter from a non-VA doctor, veterans should ensure they are aware of what information is necessary to include.

A strong nexus letter should:

Using the language “at least as likely as not” is especially important because it represents VA’s standard of proof as it pertains to establishing service connection.

Unlike the standard of proof in criminal cases, veterans do not have to show “beyond a reasonable doubt” that their disability was caused by service.  Rather, veterans must show that it is “at least as likely as not” caused by their service, meaning there is at least a 50 percent chance that the disability was incurred in or caused by military service.

Therefore, it is very important for veterans to make sure nexus letters use this language as it is what VA looks for when adjudicating claims for service connection.

The medical professional writing a nexus letter should review the veteran’s entire VA claims file.  If a doctor does not review all the evidence relevant to a veteran’s claim, VA may dismiss the doctor’s nexus opinion.

A strong nexus letter will use the veteran’s records to address any inconsistencies regarding their condition.  The medical professional can also point to specific records in the claims file to support their opinion that the veteran’s condition is at least as likely as not due to service.

When submitting a nexus letter from a non-VA doctor, veterans should also be sure that the provider includes a copy of their C.V. (i.e., curriculum vitae) and resume.

This will ensure that VA is aware of the doctor’s credentials, job title, and competency to opine on a veteran’s condition.  Furthermore, it also establishes the medical provider’s credibility to provide an opinion.

Where Can I Find a Non-VA Doctor to Write My Nexus Letter?

In some cases, the location of the doctor will matter as veterans may have to attend an in-person examination.

Once veterans have found a few options online, they should research each doctor and obtain background information.  For example, veterans may want to:

How Much Does a Nexus Letter Cost?

As of 2020, the average cost for a nexus letter is around $1,500; however, nexus letters can cost more or less depending on the provider.

It is usually in the best interest of the veteran to ask about costs upfront, as they can vary greatly.  This practice can help veterans avoid scams.

Veterans should be VERY careful as to which doctor or service they use for a nexus letter.  Bad actors DO exist in this space!

There are some doctors and companies who offer nexus letter services for free up-front, but later charge the veteran a certain percentage or price when the veteran receives an award.  If working with an accredited attorney, veterans may not have to pay for the cost of a nexus letter if their claim is unsuccessful (i.e., they do not receive a monetary award).

If veterans have any questions about nexus letters, seeking a representative can be beneficial to get the most accurate information.