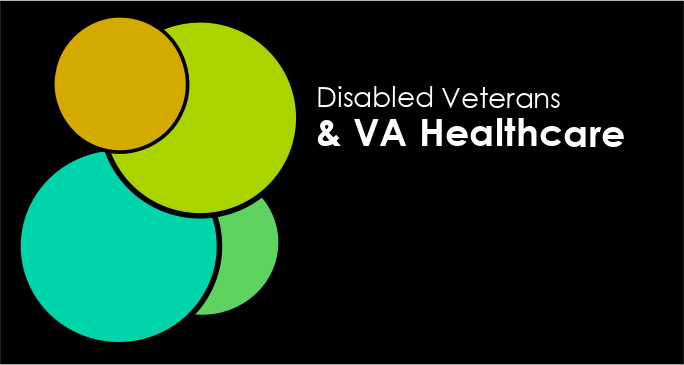 The Department of Veterans Affairs budget is decided by Congress each year.  The more money VA gets, the more veterans can enroll in VA healthcare.  And, of course, the opposite is true—less money means fewer enrollees.  For this reason, VA assigns every veteran an Enrollment Priority Group to make sure that certain groups of veterans are able to enroll before others.

When you apply for enrollment, VA will determine if you are eligible for VA healthcare and, if so, assign you a Priority Group.  Your Priority Group also determines whether you will be responsible for copayments for medications and different types of care at VA Medical Centers.

Below, you will find the types of veterans that fit into each Priority Group.  You can reference the graphic as a starting place for determining which Group you may fall into, but be aware that this is just an overview.  You may want to check out the specific language VA uses to describe each group.

If you meet the requirements for more than one Priority Group, VA will place you in the highest Priority Group for which you are eligible.

VA uses priority groups to categorize veterans and the different kinds of health care benefits they receive.  In making the determination about how many veterans are assigned to each group, VA will use its annual budget.  Each priority group has a different copay, so if a veteran is moved from one group to another then their copay may change.

Priority Group One is the highest priority group.  In order to be placed in this group, the veteran will need to be service-connected at 50 percent or more, or be receiving total disability based on individual unemployability (TDIU).  Additionally, veterans who received the Medal of Honor qualify for Priority Group One.

Veterans in Priority Group Two will need to be service-connected between 30 and 40 percent.

In order to be eligible for Priority Group Three, veterans will need to either be service-connected between 10 and 20 percent, be a former prisoner of war (POW), or be a Purple Heart recipient. You will also be eligible for this group if you were discharged for a disability that was caused or worsened by your active-duty service, or were awarded special eligibility classification under Title 38, U.S.C § 1151.

Veterans who qualify for Priority Group Four are those who receive benefits for housebound status or aid and attendance benefits.  Additionally, veterans who VA has determined have a catastrophic disability are eligible.

In order to be eligible for Priority Group Six, veterans will need to meet one of the following:

Those who qualify for Priority Group Seven will need to have a household income that is below VA’s income limit based on geographical location.

Priority Group Eight requirements are also based on VA’s geographically adjusted income limits, however, in order to qualify the veteran will need to have income above this threshold.

Under Medical Benefits Package, veterans in different priority groups typically have access to the same medical services (with some exceptions—see “Eyeglasses & Hearing Aids” below).  But each Priority Group has different rules regarding a veteran’s responsibility for copayments.  Below is an overview of the copay requirements for each Priority Group.

All of the following services do NOT require inpatient and outpatient copays, regardless of the veteran’s Priority Group:

As shown in the graphic above, combat veterans discharged from active duty on or after January 28, 2003 are eligible for enrollment in Priority Group 6 for 5 years following discharge, unless they qualify for a higher group.  After the 5-year period ends, these veterans will be reassigned to the appropriate Priority Group and subject to copayment requirements, if applicable.

During the 5-year “enhanced eligibility” period, combat veterans in Priority Group 6 are, unlike other Group 6 members, responsible for copayments for care related to any conditions that are congenital or developmental (for example, scoliosis that existed before military service), or for specific ailments that began after service (for example, a common cold).

TIP: You can find this year’s copay amounts for different services on VA’s website.

VA healthcare covers routine vision and hearing exams and preventive tests, but generally does not cover eyeglasses or hearing aids.

However, VA will provide you with eyeglasses and/or hearing aids if you:

There are a few other scenarios in which veterans may obtain eyeglasses or hearing aids from VA.  More information about VA’s eyeglasses and hearing aid policy is available on VA’s website.

VA only offers dental care benefits to certain qualifying veterans, based on a “Class” system.  However, veterans who do not qualify for VA dental care (but are enrolled in VA healthcare) may purchase dental insurance at a reduced cost through the VA Dental Insurance Program (VADIP).

To find out more about VADIP or the system used to determine eligibility for VA dental benefits, you can visit this VA website.

How to Enroll in VA Healthcare

To enroll in VA’s Medical Benefits Package, you must apply (in most cases).  To apply, you must submit VA Form 10-10 EZ by mail, in person, or online.

If you submit the form by mail, you should send it to: