Getting Veterans (VA) Disability for Cancer 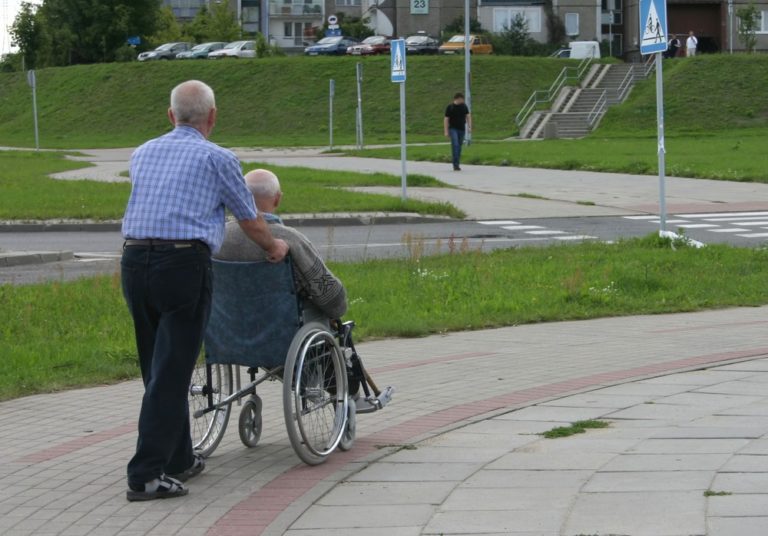 If you received a cancer diagnosis during or after active military service, you might qualify for VA disability benefits. To receive veterans (VA) disability for cancer, you must prove a connection between your diagnosed medical condition and an injury, illness, or event during your service. Doing so is a complicated process.

That is why having a qualified attorney working on your behalf can help. The team at Chisholm Chisholm & Kilpatrick LTD has successfully fought on behalf of many veterans who received cancer diagnoses. We will gather the evidence you need to demonstrate a connection between your diagnosis and military service. We will build a compelling case and pursue it aggressively.

As mentioned above, one of the most common ways that cancer stems from a veteran’s service is due to exposure.  Agent Orange exposure in particular, is very common among veterans who served during the Vietnam War era.  To qualify for the presumption of exposure as outlined under 38 CFR § 3.309(e), veterans must have served in the following locations during the specified time frames:

Importantly, this list does not include Vietnam veterans who served in Thailand, as they are not included under VA’s presumption of exposure.  However, VA recognizes that herbicides were used along the perimeter of certain Royal Thai Air Force Bases during the following time period:

VA says that it will concede exposure for Thailand veterans if they were on or near the perimeter through credible evidence (i.e., official records or lay evidence).

If VA presumes that you were exposed to herbicides and you later receive one of the above-mentioned cancer diagnoses, VA should award service connection.  It is important to note that veterans who have different types of cancers may still qualify for service connection based on Agent Orange exposure; however, they will have to provide a nexus opinion linking their cancer to their in-service exposure.

VA also has a presumptive policy for veterans who participated in radiation risk activity.  Radiation exposure has mainly affected World War II veterans who served in Japan from 1945 to 1946.  Veterans who engaged in the following activities may have been exposed to radiation:

Veterans who were assigned to these work activities were likely located in Ohio, Kentucky, or Tennessee.  Importantly, VA’s radiation exposure presumption is outlined in 38 CFR § 3.309.  Under this regulation, VA typically requires that veterans served in these locations for at least 250 days prior to 1992.

Prior to 1974, there was an area in Alaska where underground nuclear testing took place.  Certain military occupational specialties (MOS) place veterans at an increased risk of radiation exposure.  For example, X-ray technicians, workers in reactor plants, and those involved in nuclear medicine are all considered high risk in this regard.

VA presumes the following cancers are associated with radiation exposure:

If veterans were presumed to be exposed to radiation and later develop one of the above-mentioned cancers, they will not be required to provide a medical nexus.  Again, when VA creates a presumption, it is essentially elimination one of the elements of service connection.  Specifically, if veterans show that they have a disability, the in-service event and the nexus opinion are conceded.

Depleted uranium is another way in which veterans can be exposed to radiation.  This source of exposure mainly applies to Gulf War veterans.  However, this path to service connection is less clear-cut.  As such, it may be beneficial to seek help from a qualified veterans’ representative (e.g., VA claims advocate, veterans’ lawyer, Veterans Service Organization).

Veterans who served at Camp Lejeune between August 1953 and December 1987 were exposed to toxins in the drinking water.  As a result, many Camp Lejeune veterans and their family members have developed various illnesses.  To receive presumptive service connection for exposure to contaminated drinking water, veterans are required to have served at Camp Lejeune for 30 consecutive days.  The following cancers are presumed to be caused by contaminated water exposure:

Many veterans who were exposed to burn pits during military service develop cancer later on in life.  Open-air burn pits were large pits used for waste disposal on United States military bases in Iraq and Afghanistan throughout the post-9/11 era.  Materials burned in the pits include metals, medical waste, human waste, ammunition, and plastics.  Many toxins and chemicals were emitted from the burn pits, resulting in veterans breathing them in along with the billows of smoke.  Furthermore, the Institute of Medicine (IOM) released a report in 2011 stating that 2,3,7,8-TCDD (TCDD), the most potent of all dioxins (also found in Agent Orange), was found in the air surrounding the burn pits in Iraq and Afghanistan.  The report also noted that the Department of Defense (DoD) air quality monitoring data measured levels of particulate matter higher than considered safe by U.S. regulatory agencies.

Despite high levels of particulate matter being linked to many negative health outcomes, the IOM concluded in its report that there is only limited evidence suggestive of an association between exposure to burn pits and reduced pulmonary function.  Therefore, there is no presumptive service connection associated with burn pit exposure.  Instead, veterans will have to prove on a direct basis that their conditions were due to their in-service exposure.  Regardless of the current lack of a presumption, some cancers can be linked to exposure to burn pits, including:

Exposure to occupational hazards has less to do with where veterans served and more to do with what they were doing during service.  If veterans are dealing with a certain type of cancer, it could be really helpful for them to look at their MOS and reflect on what they were exposed to while doing the tasks associated with the job.  For example, perhaps a veteran was around different industrial solvents as they were often used in cleaning and degreasing, paint stripping, etc.  Industrial solvents can be very dangerous because they contain chemicals, such as benzene, that are known to cause cancer.  Therefore, if veterans used any dangerous chemicals during their daily routines, there is a chance that such exposure could have contributed to their development of cancer later on in life.  Veterans should apply for service connection for cancer due to occupational hazards on a direct basis.

VA Disability Ratings for Cancer: How Does VA Rate Cancer?

If a veteran is service-connected for an active cancer, VA should automatically assign a 100 percent disability rating.  This rating continues for as long as their cancer is active, and then for another six months following the successful completion of a treatment program (e.g., chemotherapy, radiation, or surgery).  Six months after cancer treatment ends, VA will schedule the veteran for a Compensation & Pension (C&P) examination to evaluate the current status of their condition.  If the C&P examination shows that their cancer is no longer active, but in remission, VA will then evaluate the cancer based on its residuals, if any.  For example, erectile dysfunction and urinary incontinence are common residual symptoms of prostate cancer.  If prostate cancer is no longer active, VA will likely reduce the disability rating for that condition and assign new ratings based on the severity of the veteran’s erectile dysfunction and urinary incontinence if present.

What are the payment amounts for VA disability compensation?

As of December 1st, 2022 the VA disability rate benefit amounts are as follows:

Moreover, a disability rating of 30 percent or above qualifies you to receive additional benefits for your spouse, children, or dependent parents. The VA provides an additional monthly payment schedule for veterans who are at least 30 percent disabled and have qualified dependents.

If you are diagnosed with active cancer that the VA determines is service-related, you will likely receive an automatic temporary disability rating of 100 percent. This rating continues for as long as your cancer is active, and then for another six months following the successful completion of a treatment program, such as chemotherapy, radiation, or surgery.

Six months after your cancer treatment ends, the VA requires you to undergo another examination to evaluate the current status of your diagnosis. It then assigns you a new rating based on the results of the exam. Typically, if the exam shows your cancer is in remission, you receive a reduced rating based on the extent of your ongoing treatment or residual symptoms of the cancer.

Contact the veterans disability claims advocates at Chisholm Chisholm & Kilpatrick LTD today. We have won many VA disability cases for our clients, and we will pursue yours aggressively. Call today for a consultation: 401-331-6300.