What is Rheumatoid Arthritis?

Rheumatoid arthritis may also affect a person’s organs such as the heart, circulatory system, or lungs.  It most commonly affects women, and often develops in middle age.  Genetics may play a role in a person’s likelihood to develop rheumatoid arthritis.  Additionally, some research indicates that genes may be affected by triggers in the environment, viruses, bacteria, physical and emotional stress, and other factors, which may then manifest in rheumatoid arthritis.

Diagnosing rheumatoid arthritis may take the expertise of a rheumatologist, or a doctor with specialized training in treating arthritis.  To diagnose, the doctor may perform certain tests and physical examinations, as well as examine the person’s medical history.

Specifically, a rheumatologist may perform a blood test to look for certain blood proteins, or antibodies, related to rheumatoid arthritis.  One of these antibodies is called rheumatoid factor, or RF, and is found in about 80 percent of people who have rheumatoid arthritis.  Imaging tests may also indicate if the ends of the bones within a joint have been worn down, or eroded.  Some imaging tests may include an x-ray, ultrasound, or MRI.

To treat rheumatoid arthritis, a person may be prescribed certain medications to reduce symptoms and keep inflammation at the lowest possible level.  Some topical products, such as creams or gels, may also provide relief for rheumatoid arthritis symptoms.  Some supplements can also help reduce stiffness, such as omega-3 fish oil.

To support their claim for service connection, the veteran may submit lay evidence.  Lay evidence, or lay statements, can be written by the veteran or anyone who knows the veteran and can speak to their condition.  Importantly, lay evidence may also be submitted by fellow service members.

The exam will usually be performed by a VA physician or a VA contracted physician.  Before the exam, the examiner will review the veteran’s c-file.  This will contain any documentation that has previously been submitted to VA, as well as the veteran’s medical and service records.  During the exam, the examiner may physically exam the joints which have been affected by rheumatoid arthritis.

The veteran may also use a DBQ, or Disability Benefits Questionnaire, to bolster their claim.  A Disability Benefits Questionnaire is a form created by VA so that the veteran may address important aspects of their condition, such as symptoms, severity, possible causes, and relation to other disabilities.  The veteran may also have their private doctor fill out a DBQ for them.  In claims for rheumatoid arthritis, DBQs can be helpful because a private doctor, or a rheumatologist, can provide insight into the veteran’s condition.

If a veteran’s rheumatoid arthritis is less severe than the symptoms depicted above, they can be rated under the diagnostic codes for each specific major or group of minor joints.  To be rated under these specific diagnostic codes, a limited range of motion must be confirmed by symptoms such as swelling, muscle spasms, or evidence of painful motion. 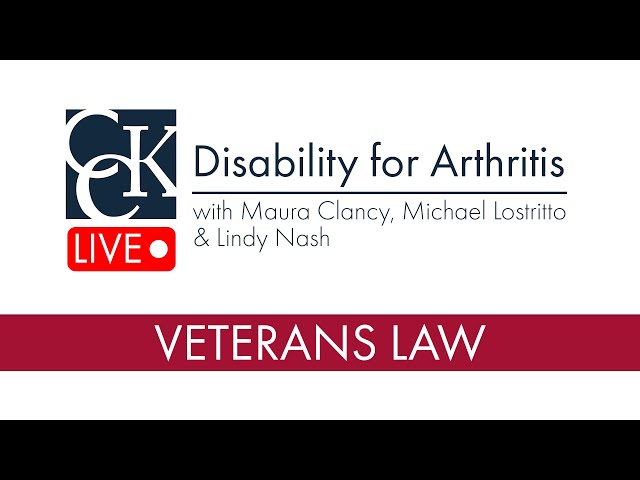 Military burn pits are large areas of land where waste was incinerated by the military and its contractors.  The United States Military used burn pits as part of its waste disposal protocol in places such as Iraq and Afghanistan in the post-9/11 era.  The practice was effective in reducing large quantities of waste, but the pits emitted plumes of toxic smoke.  The following materials have been linked to military burn pits:

What Conditions Have Been Linked to Military Burn Pits?

At this time, there is little conclusive research on the long-term health impacts of burn pits.  The main dioxin released by burn pits, called TCDD, was also one of the major toxins in Agent Orange.

VA has not established a presumption for veterans exposed to burn pits as it has for veterans exposed to Agent Orange. Since there is no presumption, VA adjudicates burn pit claims on a case-by-case basis.  VA does not have a consistent approach to deciding these claims, so lay evidence from veterans is key to winning burn pit claims.  Often, VA does not have a way of proving veterans were near burn pits, so statements from the veteran themselves or buddy statements can help prove exposure.  The following conditions have been linked to burn pit exposure:

Any of these bills, if passed, would offer needed relief to veterans suffering the toxic effects of burn pit exposure.  However, none of the proposed bills include rheumatoid arthritis.

Veterans with multiple conditions may have a combined rating which would make them eligible for TDIU.  As a result, veterans who receive a rating for their rheumatoid arthritis may be able to receive compensation at the 100 percent rating level through TIDU.

If your VA disability claim has been denied, it is your right to appeal that decision. The accredited VA disability lawyers and advocates at Chisholm Chisholm & Kilpatrick LTD have decades of experience successfully representing veterans before the Department of Veterans Affairs, the Court of Appeals for Veterans Claims, and the Federal Circuit. Contact us for a free, confidential consultation at 800-544-9144.