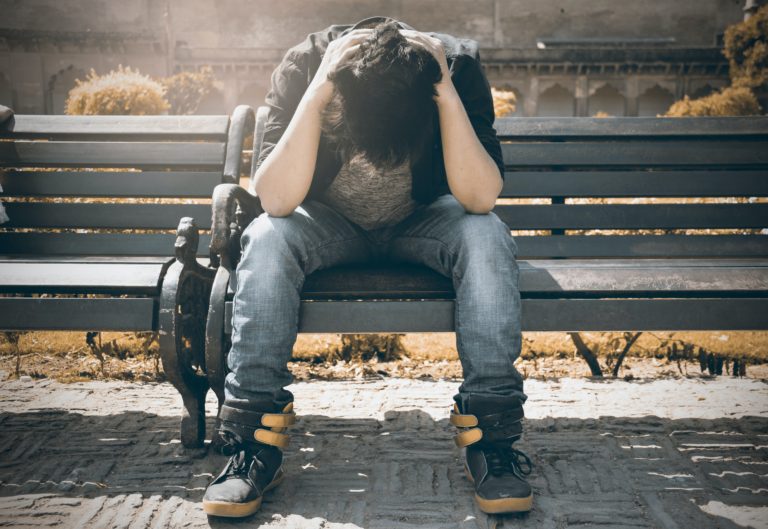 What is Adjustment Disorder?

Adjustment disorder is characterized as a short-term condition that occurs when a person has great difficulty coping with, or adjusting to, a particular source of stress, such as a major life change, loss, or event.  Since people with adjustment disorder often have some of the symptoms of depression, such as tearfulness, feelings of hopelessness, and loss of interest in activities, the condition is sometimes informally referred to as “situational depression.”  However, unlike major depressive disorder, adjustment disorder does not involve as many of the physical and emotional symptoms of clinical depression (e.g., changes in sleep, appetite, and energy) or high levels of severity (e.g., suicidal ideation).  The types of stressors that can trigger this condition include the following:

Adjustment disorder is marked by emotional and/or behavioral symptoms (e.g., sadness, frequent crying, anxiety, withdrawal, or isolation) that generally begin within three months of the stressful event and rarely last for longer than six months after the event has ended.  In order to be categorized as adjustment disorder, the reaction to a particular stressor must be greater than what is typically expected for the situation or event.  Furthermore, the symptoms must impact a person’s ability to function on a daily basis.

It is important to note that adjustment disorder is not the same as post-traumatic stress disorder (PTSD).  PTSD occurs as a reaction to a life-threatening event that takes place at least one month after the traumatic event, and its symptoms tend to last longer in duration.

Anxiety is often defined as the mind and body’s reaction to stressful, dangerous, or unfamiliar situations.  It is typically characterized by intense, excessive, and persistent worry or fear about everyday situations.  The most common symptoms of anxiety disorders include the following:

Relationship Between Adjustment Disorder and Anxiety

What is Adjustment Disorder with Anxiety?

In order to receive VA disability benefits for adjustment disorder, veterans must first establish service connection.  Doing so on a direct basis involves satisfying the following three elements: (1) a current diagnosis of adjustment disorder with anxiety; (2) evidence of an in-service event, injury, or illness; and (3) a medical nexus linking the in-service occurrence to the current, diagnosed adjustment disorder with anxiety.  The third element will likely be satisfied by attending a Compensation & Pension (C&P) examination.  Here, veterans are looking for the VA examiner to find that their condition is “at least as likely as not” due to their time in service.

Service Connection Based on Aggravation

Importantly, VA will also compensate veterans for conditions that existed at the time of entry into service and were made worse or “aggravated” by service.  According to 38 CFR § 3.306, “a preexisting injury or disease will be considered to have been aggravated by active military, naval, or air service, where there is an increase in disability during such service, unless there is a specific finding that the increase in disability is due to the natural progress of the disease.”  Therefore, if a veteran was diagnosed with adjustment disorder with anxiety prior to service,  they may still qualify for VA disability benefits if they can prove that the condition worsened as a result of active duty service.

As mentioned above, C&P examinations are generally used to determine if there is a nexus between the veteran’s current, diagnosed condition and their time in service.  Veterans will typically meet with a VA doctor to discuss their medical history, time in service, and current condition.  The VA examiner will also ask about the veteran’s current symptomatology to determine the severity of the condition (in this case, adjustment disorder with anxiety).  Importantly, veterans must always attend their C&P examinations, or notify VA immediately if they are unable to do so.  Failure to attend a C&P examination will likely result in VA automatically denying benefits.

How Does VA Rate Adjustment Disorder with Anxiety?

If service connection is established, VA will assign a disability rating based on severity.  VA rates adjustment disorder with anxiety using the General Rating Formula for Mental Disorders under 38 CFR § 4.130.  Veterans can be assigned a 0, 10, 30, 50, 70, or 100 percent disability rating.  Such ratings are based on the level of social and occupational impairment caused by the condition.

It is important to note that veterans are not required to meet all, or even any, of the criteria in a rating level to qualify for that rating.  Since mental health conditions can manifest differently per individual, VA’s rating formula for mental health conditions is not binding.  Symptoms listed in each level of the rating formula are simply examples meant to demonstrate the types and levels of impairment commonly found at that assigned percentage.

VA C&P examinations represent one form of evidence for adjustment disorder with anxiety claims; however, there are several other types of evidence veterans can submit as well.  For example, lay evidence, including statements from veterans and their family and friends, can be very beneficial.  Oftentimes veterans do not seek treatment for their adjustment disorder with anxiety right away due to the stigma that exists around mental health conditions.  Lay statements can help fill in the gaps by describing both the onset and progression of the condition.  Veterans can also submit private treatment records from non-VA doctors or psychologists.

Will Veterans Receive Separate Ratings for Adjustment Disorder and Anxiety?