Chisholm Chisholm & Kilpatrick LTD Founding Partner Robert Chisholm was joined by Dr. Victoria Cassano, MD, MPH, FACOEM, FACPM, an expert in military occupational and environmental exposure medicine, in San Diego to discuss VA disability claims based on military exposures. Dr. Cassano retired from the Navy as a Captain after 24 years of service as a physician and occupational physician. She has over 30 years of experience in the areas of Military Medicine, Occupational and Environmental Medicine, Undersea Medicine, and Radiation Health.

Mr. Chisholm and Dr. Cassano sat down to discuss the various types of military exposures veterans may experience and what makes for a comprehensive medical “nexus” opinion in a VA disability case based on those military exposures. 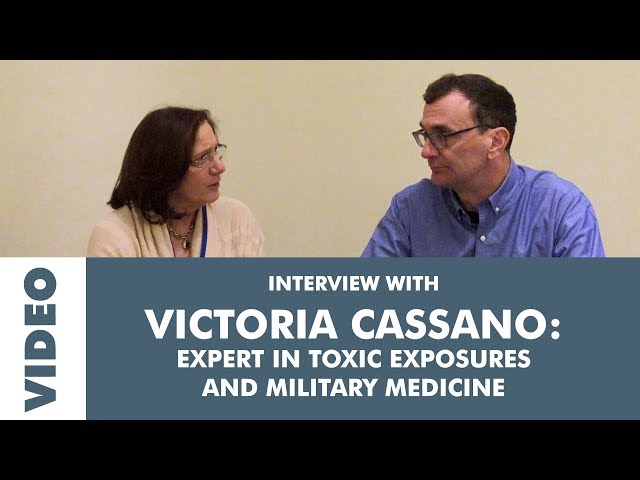 What Is Agent Orange?

Agent Orange contains 2,4-D; 2,4,5-T and its contaminant TCDD, both of which are included in VA’s definition of an “herbicide agent”. Agent Orange was most notably used as a defoliant in the Vietnam War and was sprayed over large areas of forest in Vietnam, and on the perimeters of Royal Thai Air Force Bases in Thailand.

For veterans who have a condition or disease that they believe to be linked to exposure to herbicides in service but is not included on the presumptive list, they will have to provide a medical “nexus” opinion in order to obtain service connection for that condition.

A nexus is a medical link between a veteran’s diagnosed condition and an event, injury, or exposure in service. Dr. Cassano discusses how a comprehensive medical opinion should be based on the medical literature to see if there are scientific grounds to say that a veteran’s condition is related to their exposure to Agent Orange. Additionally, a medical opinion should look at other risk facts as well as the personal history of the veteran, and weave these things into an argument for the nexus for all military exposures.

In addition to veterans who have conditions not on the presumptive list, veterans who served in Thailand and were exposed to Agent Orange must provide a medical nexus to prove service connection since they do not fall under the VA’s presumptive rule.

What Are Military Burn Pits?

Military burn pits were used as a means of waste disposal on U.S. military bases in the Southwest Asia theater of operations following September 11, 2001. Materials such as plastics, medical waste, aluminum, and other metals were burned around the clock on bases, and jet fuels were used as accelerants to burn the materials.

The fumes and inhalants emitted by the burn pits exposed U.S. military personnel to toxins and carcinogens on a regular basis. The Department of Defense (DoD) has taken air samples from the areas around burn pits on several U.S. military bases, which offer insights into what sorts of chemicals were released into the atmosphere.

Right now, the VA does not have a presumptive rule for veterans who were exposed to burn pits in the Southwest Asia theatre of operations. Veterans must therefore provide a nexus linking their diagnosed condition to their exposure to burn pits in order to prove service connection.

Mr. Chisholm and Dr. Cassano discuss how long it will take for the VA to understand burn pit exposure and create the same type of regulation as they did for Agent Orange. Dr. Cassano notes that at this time, the population of veterans from which conclusions would be drawn is not large enough, as it takes time for these diseases to come about. Dr. Cassano does note that the scientific community is getting better at looking at analogous chemicals to draw conclusions about possible health impacts from military exposures.

What Should a Nexus Include for Burn Pit Exposure?

Camp Lejeune is a U.S. Marine Corps base located in Jacksonville, North Carolina. Veterans and their families who were stationed at Camp Lejeune between 1957 and 1987 were exposed to water that was contaminated with volatile organic compounds (VOCs) such as trichloroethylene, perchloroethylene, benzene, and vinyl chloride.

Is There a VA Presumption for Camp Lejeune?

Dr. Cassano believes that there are more conditions that can be linked to exposure to contaminated water at Camp Lejeune than those included on the VA’s presumptive list. The original report from the National Academy of Science in 2009 listed 14 conditions were found to have limited or suggestive association with the contaminants at Camp Lejeune.

Dr. Cassano specifically notes that she can make the case to link immunological derangement conditions, such as autoimmune and immunosuppressive, to exposure to the contaminants at Camp Lejeune. She notes that conditions such as chronic inflammatory demyelinating polyneuropathy and scleroderma are autoimmune diseases that can be caused by contaminants.