Most Common Back Conditions Veterans Experience & Their Ratings 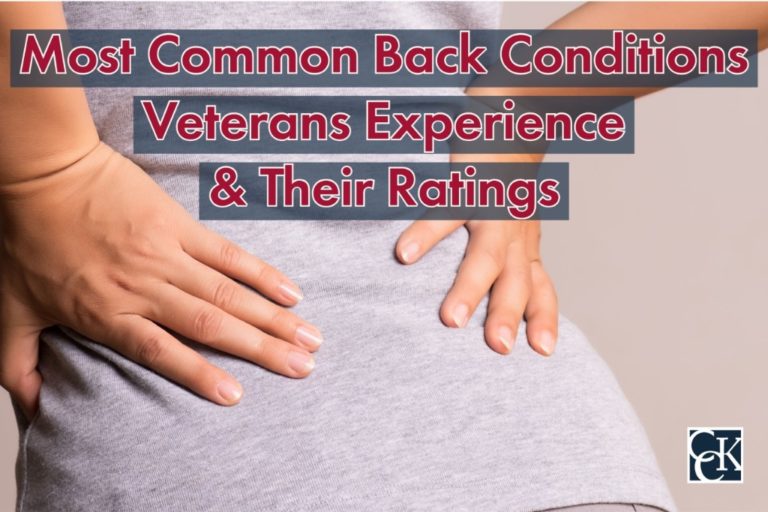 Back injuries are one of the most common types of injuries servicemembers experience, due to the intense physicality associated with military service.  Back injuries can occur during training or combat.  They can occur by vehicle accidents, falls, carrying heavy gear, or even with other common duties.

As with most medical conditions, VA disability ratings for back pain depend on a variety of factors and can vary significantly.

How Does VA Rate Back Conditions?

VA rates most back conditions under 38 CFR § 4.71a, Schedule of Ratings, Musculoskeletal System, General Rating Formula for Diseases and Injuries of the Spine.  The criteria are based largely on a veteran’s range of motion.

Different diagnostic codes within this formula are used to rate different back disabilities.  The ratings issued can range from 0 to 100 percent.

Generally, veterans will need to attend a C&P exam to measure how far they can bend forwards, backwards, and side to side, using a goniometer.

VA will then determine the severity of back condition based on the range of motion measurements.  When issuing a rating, VA must also take into account functional loss (pain during motion) and flare-ups. 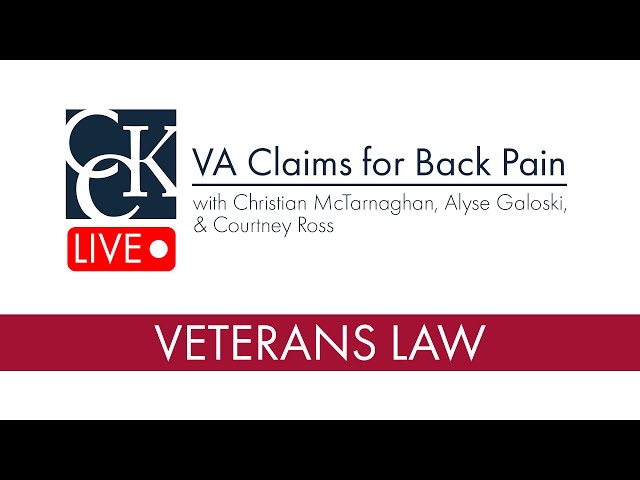 Lumbosacral or cervical strain is an injury of the ligaments, tendons and/or muscles of the low back or neck, respectively.  The injury usually results from stretching that causes a small tear in these tissues.

Ratings for Lumbosacral and Cervical Strain

Degenerative Disc Disease (DDD) usually occurs in the lower back or neck.  DDD is a condition where the discs between vertebrae lose cushioning, fragment, and herniate.

Pain can frequently occur with degenerative disc disease, although not in every case.  In some situations, DDD can result in numbness and tingling in the upper or lower extremities.

When assigning a disability rating based on the severity of symptoms, VA must take into account both anatomical damage and functional loss.  Importantly, limitation of motion must be objectively confirmed by findings such as swelling, muscle spasms, or satisfactory evidence of painful motion.

Intervertebral Disc Syndrome (IVDS), also known as a bulging or herniated disc, is a back condition that involves the irritation of the nerve root and causes sharp, chronic pain.  Additional symptoms of IVDS can include numbness or tingling in the lower extremities, and weakness.  VA currently rates IVDS under Diagnostic Code 5243, and each rating is based on how frequently, and for how long, a veteran is prescribed bed rest for their IVDS.

At present, physicians generally agree that the practice of prescribing bed rest for IVDS can actually be harmful for a veteran’s recovery.  Bed rest can lead to stiffening of the joints and can weaken the muscles.  As a result, physicians generally do not prescribe bed rest for IVDS.  Instead, physical therapy and medication for pain are considered more effective treatments.

Sciatic nerve conditions involve pain that radiates along the path of the sciatic nerve, traveling from the lower back down through the legs.  It most often occurs when the sciatic nerve is compressed or pinched, usually by a herniated disk in the spine or an overgrowth of bone on the vertebrae.

Other symptoms include numbness, tingling, burning sensation, and muscle weakness.

While a nerve issue and symptoms of sciatic nerve issues often affect the lower extremities, the issue technically begins in the back.

Veterans can be rated under three different diagnostic codes for sciatic nerve issues depending on their symptoms and severity.

DC 8520 – Paralysis of the Sciatic Nerve

DC 8620—Neuritis of the Sciatic Nerve

DC 8720—Neuralgia of the Sciatic Nerve

Importantly, there is no disability rating for severe neuralgia.

Secondary Conditions to Back Disabilities

Oftentimes, back disabilities can cause or aggravate a variety of other conditions. 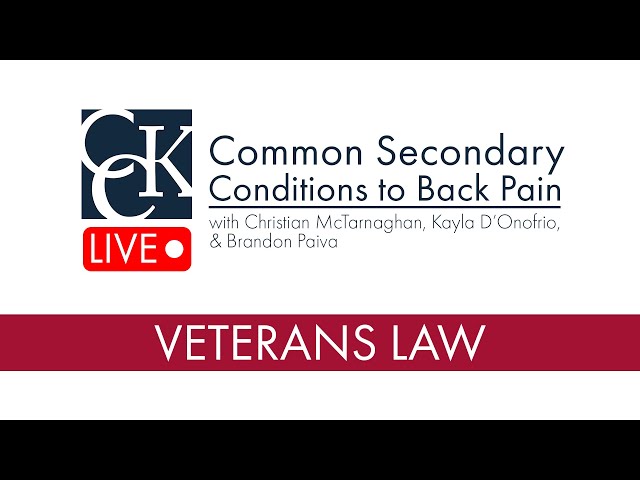 To file a claim for secondary service connection, veterans will follow much of the same process they did for establishing service connection for their back disability.  Veterans can fill out and submit VA Form 21-526EZ.  Veterans may do so online using the eBenefits portal, in person at their local Regional Office, or with help from an accredited veterans’ advocate or attorney.

TDIU With Common Back Disabilities

Total disability based on individual unemployability (TDIU) is a monthly benefit that compensates veterans who are unable to gain or maintain substantial employment because of their service-connected disabilities.  TDIU pays veterans at the 100 percent rating level, even if their combined rating does not equal 100 percent.

Notably, both ratings for a back condition and a secondary condition can contribute to the veteran’s overall combined rating.  For example, a veteran may be eligible for schedular TDIU if they receive a 60 percent rating for Intervertebral Disc Disease and a 10 percent rating for depression.  Veterans who do not meet the schedular requirements under 38 CFR § 4.16(a) may still be considered for extraschedular TDIU under § 4.16(b).

Was Your Disability Benefits Claim for a Back Condition Denied?

The experienced veterans’ advocates at Chisholm Chisholm & Kilpatrick LTD have helped many veterans win VA disability benefits for back conditions, and may be able to help you do the same.  If your VA disability claim for a back condition was denied, contact our office for a free case evaluation.