Diabetes mellitus type II is a chronic disease that affects the body’s ability to use blood sugar for energy.  Specifically, the body does not produce enough insulin, or the body’s cells ignore the insulin that is produced.  The severity of this condition varies on a case-by-case basis.  Some people are able to control it with a restricted diet, whereas others may find it difficult to control blood sugar levels, even with regular insulin injections.  When service connected, VA rates diabetes mellitus type II under 38 CFR § 4.119, Schedule of Ratings – Endocrine System, Diagnostic Code 7913, accordingly:

A secondary service-connected disability is a disability that results from a condition that is already service connected.  Common secondary conditions that result from diabetes mellitus type II, include:

To apply for service connection for one of the above-mentioned secondary conditions, veterans must file a claim the same way they would file an initial claim for VA disability benefits.  From there, veterans must demonstrate two things to VA:

Peripheral neuropathy is one of the most common secondary conditions associated with diabetes mellitus type II.  This condition occurs when the peripheral nerve is damaged, causing pain, numbness, and weakness, typically in the hands and feet.  The pain is characterized as burning, tingling, or stabbing.  VA does not have a diagnostic code for peripheral neuropathy, so it rates it analogous to paralysis of the sciatic nerve under Diagnostic Code 8520 as follows: 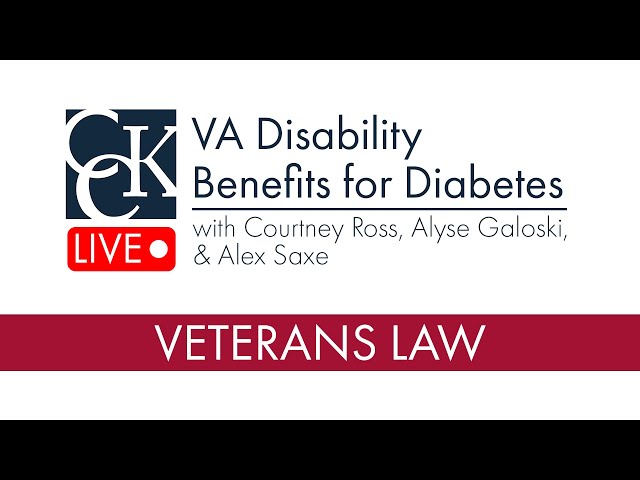 The Institute of Medicine concluded in its 2000 report, “Veterans and Agent Orange: Herbicide/Dioxin Exposure and Type 2 Diabetes”, as well as in subsequent updates, that there is limited/suggestive evidence of an association between exposure to herbicides and type II diabetes.  As a result, veterans who were exposed to Agent Orange or other herbicides during service and later developed diabetes mellitus type II do not have to prove a connection between their service and this condition to be eligible for VA disability benefits.  Instead, VA should grant presumptive service connection.

As mentioned above, diabetes mellitus type II is included on VA’s list of presumptive conditions associated with exposure to Agent Orange or other herbicides.  Veterans who served in the following areas during the specified time periods and later developed diabetes are entitled to service connection on a presumptive basis:

Importantly, this list does not include Vietnam veterans who served in Thailand, as they are not included under VA’s presumption of exposure.  However, VA recognizes that herbicides were used along the perimeter of certain Royal Thai Air Force Bases in Thailand to increase visibility and prevent guerilla attacks during the following time period:

VA says that it will concede exposure if veterans can show that they were on or near the perimeter through credible evidence (e.g. official records or lay evidence).  To receive service-connected compensation for diabetes mellitus type II, Thailand veterans must show on a factual basis that they were exposed to Agent Orange during their service and have a current diagnosis of the condition.

If you filed a VA disability compensation claim for diabetes mellitus type II and were denied benefits, Chisholm Chisholm & Kilpatrick LTD may be able to help.  To speak with a member of our team today, call 800-544-9144.