How to Apply for VA Disability Benefits Who Is Eligible for VA Disability Benefits?

In order to be eligible for VA disability benefits, veterans must have (1) served on active duty in one of the branches of the United States military, and (2) received an other-than-dishonorable discharge.  In some cases, family members, such as spouses and children may be eligible to receive VA disability benefits.  For example, if the veteran passes away, these dependents can potentially receive Dependency Indemnity Compensation (DIC), or survivors’ benefits.

According to VA, a disability can be either a physical condition (e.g. arthritis, degenerative disc disease, hearing loss, etc.) or a psychiatric condition (e.g. post-traumatic stress disorder, depression, schizophrenia).  Veterans can file claims for VA disability benefits for any condition they believe is due to their time in service.

In February 2019, VA implemented a new appeals system known as the Appeals Modernization Act (AMA).  Under AMA, veterans have the option to file supplemental claims with new and relevant evidence.  Here, the new and relevant evidence serves to show why the claimed condition is related to service, or why an already service-connected condition deserves a higher rating or earlier effective date.

Claims as Part and Parcel to Other Pending Claims

Certain claims can be included as part and parcel to other already pending claims.  For example, total disability based on individual unemployability (TDIU) and Special Monthly Compensation (SMC) can both be filed on their own.  However, if you already have an increased rating claim pending, you can then raise those issues as part of that appeal.  Doing so is helpful to establishing an earlier effective date.  Namely, if you file TDIU as part and parcel of a pending appeal, it will take on that effective date.  On the other hand, if you file TDIU on its own, the effective date will only go back to the date of which you filed the claim.

1151 claims are essentially equivalent to VA medical malpractice where the qualifying condition must have resulted from the carelessness or negligence on the part of VA during medical care, or by participation in a compensated work therapy program, such as vocational rehabilitation.

As mentioned above, DIC benefits are offered to eligible surviving spouses, children, and dependent parents of deceased veterans.  Generally speaking, DIC is a tax-free, monthly benefit given to dependents of veterans whose death was related to military service or a service-connected condition. 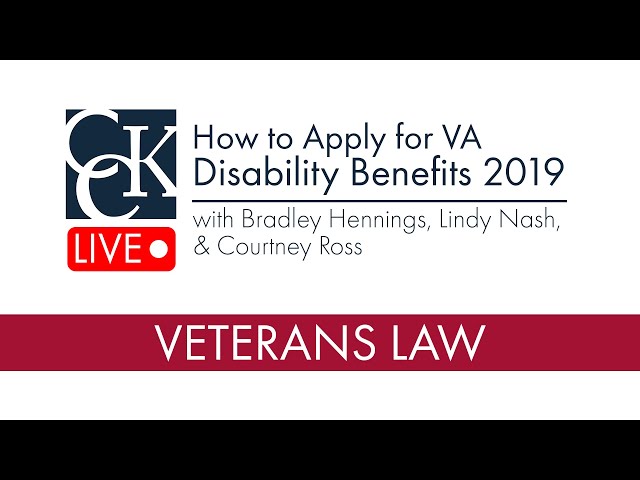 What Is an “Issue” According to VA?

An “issue” typically refers to what a veteran is claiming in relation to the condition.  Specifically, is the veteran appealing for service connection, an increased rating, an earlier effective date, or any combination therein?  Veterans do not need to submit a form or claim for every different issue.  For example, if a veteran is granted service connection for a knee condition but wants to appeal for a higher rating and earlier effective date, they can submit one appeal for both of those issues.  Similarly, veterans can also file service connection for multiple conditions within one claim.

In the old appeals system, known as the Legacy Appeals system, submitting an intent to file was very common.  An intent to file essentially saves the effective date for a claim.  By submitting one, you are indicating to VA that you are working on submitting a claim.  The actual claim must be filed within one year of the date the intent to file was submitted in order to preserve the effective date.  VA proposed that this form will no longer be accepted under AMA; however, representatives are still testing it out.  Although the new system is in place, VA is still figuring out how the new procedures are going to work in practice.  Therefore, it may be worth submitting an intent to file under AMA if that is appropriate to your situation and see if VA accepts it.

It is important to note that if you are filing a claim for VA disability benefits online through Ebenefits, you have the option to start the process and then come back to it at another time.  Similar to the intent to file process, you have exactly one year from when you started the claim online to submit the completed claim.  For example, if you start a claim on Ebenefits on July 19, 2019, you have until July 19, 2020 to submit it.

Other Ways to File Claims for VA Disability Benefits

If you do not wish to utilize Ebenefits, there are several other ways to submit your claim for benefits, including the following:

What is a Claims File?

A VA claims file, or C-File, is a collection of records kept by VA in connection to your VA disability claims.  When a veteran first files a claim for benefits, VA will request the veteran’s service records along with any medical records that are relevant to the claim.  As your claim progresses, and more evidence is submitted, your claims file will grow.  It is crucial to have a copy of your C-file because it is what VA looks at when adjudicating your claims and appeals.  You can request a copy of your claims file from VA through your local Regional Office.  C-files used to be completely paper-based; however, they now come in digital format on a CD.

If for some reason your claims file is missing, or if it was destroyed in the St. Louis Fire, VA has a heightened duty to recreate the file.  Here, VA should obtain lay statements, new private opinions, and other forms of evidence that are necessary in proving your claim.

How Long Do You Have to Submit Evidence After Filing a Claim?

After filing an initial claim using VA Form 21-526EZ, you have up until VA’s initial decision to submit additional evidence.  While this does not impose a significant time restriction on evidence submission, it is typically best practice to submit all evidence at once with your initial claim.  That way, VA has everything at its disposal to make a potentially quicker and more favorable decision the first time around.

VA has a duty to assist veterans applying for disability benefits.  The duty to assist requires VA to gather information that may help support the veteran’s claim, such as service personnel records, service medical records, and VA medical records.  VA will make reasonable efforts to locate records that you have referenced.  However, if VA has made a certain number of unsuccessful attempts and decides it is no longer reasonable to continue trying to locate and gather the records, it has a duty to notify you.  If you are able to get records on your own, then it is recommended that you do so as it will likely take a shorter amount of time.

If your VA claim is denied, you have the right to file an appeal.  Under AMA, you have three different review options, or lanes, to choose from: (1) higher-level review lane; (2) supplemental claim lane; or (3) Notice of Disagreement lane (i.e. appeal to the Board of Veterans’ Appeals).  At the Board level, there are three additional dockets, including the following:

If VA grants your claim and you are satisfied with the outcome, then no further action is required.  However, you can still file an appeal following a grant of benefits.  For example, VA awarded service connection for PTSD and assigned a 30 percent disability rating, but you believe your symptoms warrant a higher rating.  Here, you can appeal the decision even though it was a grant and request an increased rating.

Historically, VA has experienced a significant backlog of claims.  In recent years, the backlog of claims has decreased, but the appeals backlog has increased.  This increase may be due in part to the implementation of the new appeals system as VA continues to navigate the transition.