Can a Father’s Agent Orange Exposure Cause Birth Defects? 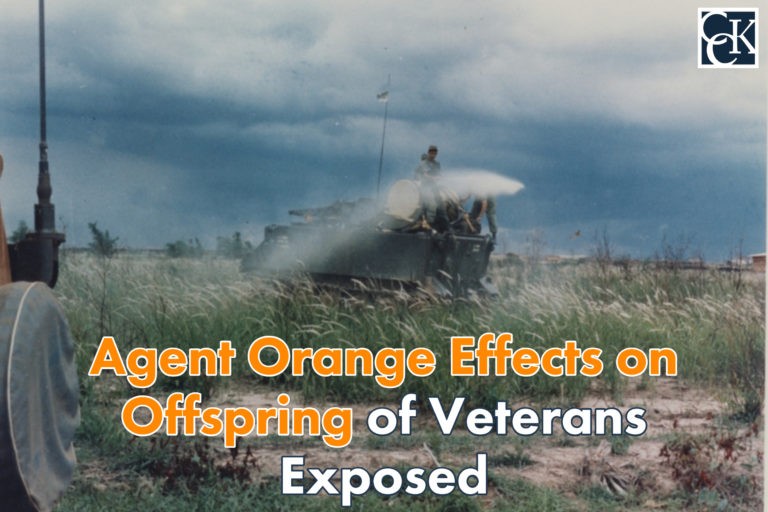 There is currently no definitive evidence that a father’s exposure to Agent Orange causes birth defects. However, an analysis of Agent Orange registry data from the U.S. Department of Veterans Affairs (VA) suggests a link between males’ exposure to Agent Orange and having children with certain birth defects. For example, exposed male veterans had a higher rate of fathering children with spina bifida. Other studies, however, including two conducted by the Centers for Disease Control and Prevention (CDC) in the 1980s and 1990s, failed to show a statistically significant connection.

Evidence of a Connection Between Agent Orange Exposure and Birth Defects

Observations from the ProPublica Study

There are two main takeaways from this data. One, male veterans who served in Vietnam and became fathers after the war had children with birth defects at significantly higher rates than those who fathered children before the war, regardless of Agent Orange exposure. A number of factors may explain this result, including secondary exposure and other negative health effects of combat.

Two, of the men who became fathers after the war, those who were exposed to Agent Orange had almost a 50% higher rate of birth defects than those who were not exposed. Nonetheless, further research is needed to draw firm conclusions.

Spina bifida is a condition in which the spine fails to close properly during pregnancy.  VA presumes that when a Vietnam veteran has a biological child with spina bifida (except spina bifida occulta), the condition is due to the veteran’s exposure to herbicides during service.  In this case, VA does not require evidence linking the condition to service.

Children with birth defects acknowledged by VA as associated with herbicide exposure may be eligible for:

However, there are several qualifications that must be met in order for the child to receive VA compensation, healthcare, and vocational training.  The child must be the biological child of a veteran who:

The child must have been conceived after the date on which the veteran entered Vietnam or the Korean demilitarized zone.

Children with Other Birth Defects Caused by Agent Orange

The mother must have served in Vietnam between February 28, 1961 and May 7, 1975 in order for the child to be eligible for VA benefits such as compensation, healthcare, and vocational training.

According to VA’s website, the following list of birth defects are presumed to be connected to service:

Children with other birth defects may also be eligible if the other requirements are met.

If the birth defect was caused by a family disorder, birth-related injury, or a fetal or neonatal infirmary, it will not be covered and the child will not be eligible for VA benefits.

In some cases, dependents may be eligible for a Survivors Pension or Dependency and Indemnity Compensation if the Veteran died during the Vietnam War or due to a service-connected disability.

Have Questions About VA Disability Benefits? A Lawyer from Chisholm Chisholm & Kilpatrick LTD Can Help

If you have questions about the VA disability claims process, the team of veterans lawyers at Chisholm Chisholm & Kilpatrick LTD may be able to help. For a free case evaluation with a member of our staff, call us today at 800-544-9144.