What is the Definition of a “Veteran” for VA Benefit Purposes? In order to receive VA disability benefits, the veteran must fulfill VA’s definition of a “veteran.”  The Department of Veterans Affairs defines a “veteran” for VA benefit purposes as an individual “who served in the active military service and who was discharged or released under conditions other than dishonorable.”  Generally, those with bad conduct or dishonorable discharges do not meet VA’s definition of “veteran” for VA benefit purposes.

Veterans who served in the United States Army, Navy, Air Force, Marine Corps, Coast Guard, as well as those called and ordered to active duty by the federal government while in the Reserves or National Guard fall under VA’s definition of “veteran.”  However, those who have had active-duty service solely for training purposes do not qualify for benefits.

It is important to understand how VA defines “active” service in order to understand how the VA disability benefits system works.  Active duty service essentially means that the veteran served full-time duty.  Those who served in the National Guard or the Reserves generally need to be called up to active duty for federal purposes.  An example of this would be when the National Guard is activated for federal service by the President.

Those who enlisted in the military after September 7, 1980 or entered active duty after October 16, 1981 must have served for a minimum of 24 continuous months or served their full period of active duty in order to be considered a veteran for VA benefit purposes.  Veterans who served out the full period of military service for which they were called to active duty can be eligible as well, even if the 24-month minimum is not met.

There are, however, exceptions to this rule.

Those who were discharged due to a disability that arose or was aggravated by military service, for hardship or “early out,” or who served prior to September 7, 1980 may still qualify for VA benefits if they did not meet the 24-month/full period of active duty requirement.

Meeting the eligibility parameters listed above does not guarantee a grant of VA benefits or eligibility for healthcare. Eligibility for Veterans Benefits Administration programs, such as disability compensation or special monthly compensation, have separate qualifications specific to each program.

Condition of Discharge for Veteran Status

As mentioned above, the condition in which a person was discharged or released from service can affect their veteran status, specifically in terms of receiving VA benefits.  The information regarding a veteran’s condition of discharge or release can typically be found in their c-file, which contains the person’s service records.

Specifically, in order to be eligible for VA compensation benefits and services, a veteran’s character of discharge or service must be other than dishonorable.  This includes honorable discharge, under honorable conditions, and general discharge.

Additionally, under 38 CFR 3.12(c), there are six specific statutory bars to benefits:

With regard to service members who were AWOL for prolonged periods of time, VA acknowledges that certain factors must be taken into account regarding why the servicemember was AWOL.  There can be exceptions to the statutory bar for being AWOL if the servicemember’s absence was proven to have “compelling circumstances.”

Under 38 CFR 3.12 (d), VA asserts that benefits are not payable when the servicemember was discharged, or released under one of the following conditions:

Those who do receive a dishonorable discharge, or one of the above bars, may still be entitled to VA healthcare for disabilities that were caused or worsened by service.

In some cases, a person may be eligible for veteran status during part of their service, but not others.  This can occur in instances where the person served multiple periods of service.  If the person’s disability resulted during a period of service which is eligible for benefits, they will need to demonstrate that the condition occurred during this time and not during the period in which they were ineligible. 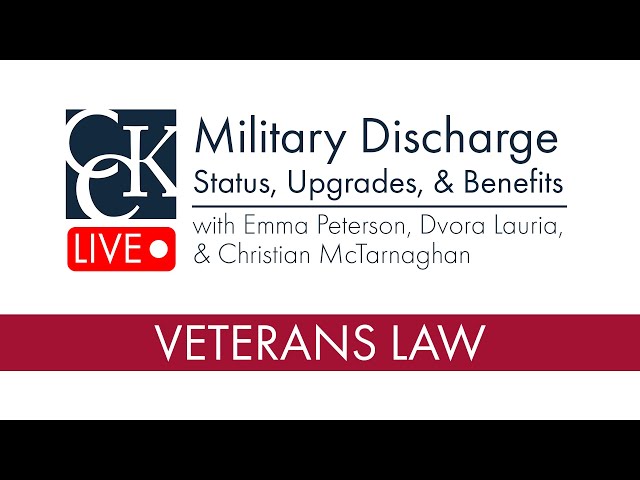 If you need assistance understanding VA’s definition of “veteran” or help understanding what benefits you may qualify for, a veterans service organization, or VSO, may be able to assist you free of charge.

If you believe you are eligible for VA disability benefits and need assistance appealing a denial, the team of veterans lawyers at Chisholm Chisholm & Kilpatrick LTD may be able to help.  For a free case evaluation with a member of our staff, call us at 800-544-9144. 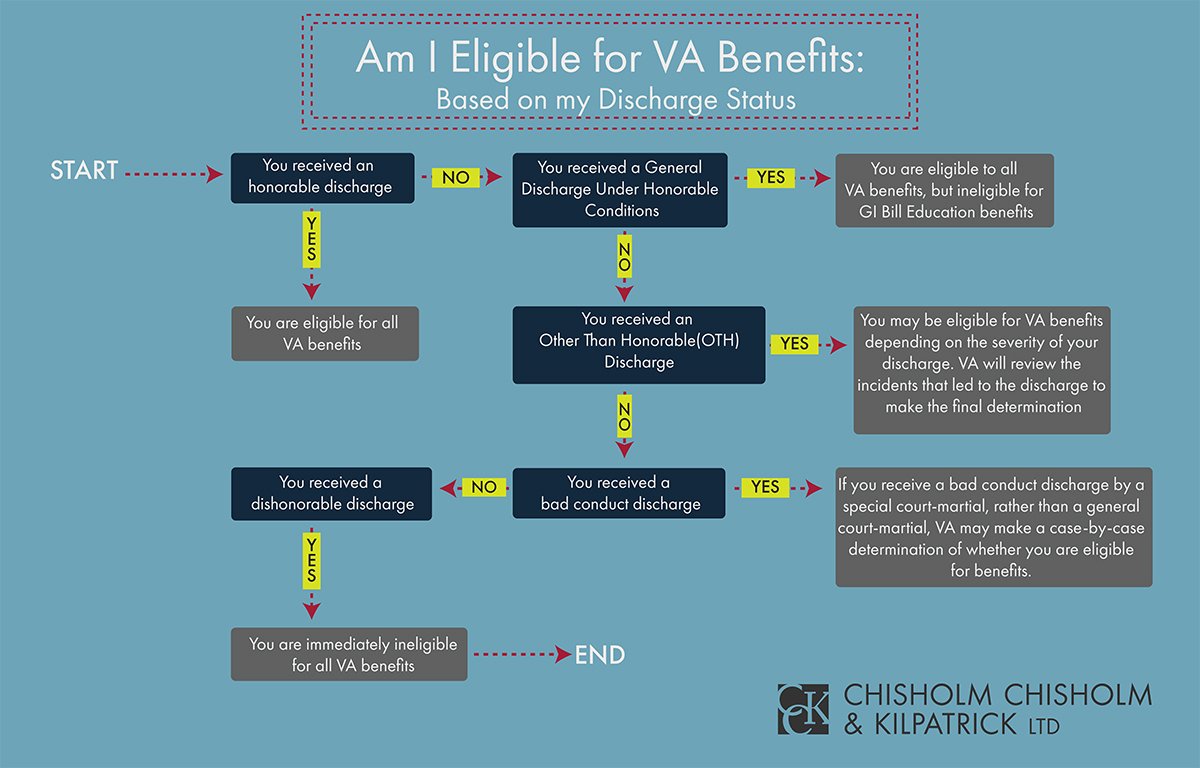