What is Bipolar Disorder?

Bipolar disorder (formerly known as manic-depressive disorder or manic depression) is a mental disorder that causes unusual shifts in mood, energy, activity levels, concentration, and the ability to carry out day-to-day tasks.  It is most commonly characterized by extreme mood swings that include emotional highs (mania or hypomania) and lows (major depressive episodes).

Although mania and hypomania are two distinct types of episodes, they have the same symptoms (see below).  The main difference between mania and hypomania involves the level of severity.  In this case, mania is more severe than hypomania and causes more noticeable problems at work, school, and social activities.  Both a manic and a hypomanic episode include three or more of these symptoms:

Episodes of mood swings between mania or hypomania and depression may occur rarely or multiple times a year (referred to as “rapid cycling”).  Importantly, there are two types of bipolar disorder:

With bipolar I disorder, you must experience at least one manic episode that may be preceded or followed by either a hypomanic or major depressive episode.  In some cases, mania may become so extreme that individuals experience a state of psychosis (i.e., a break from reality).

Treatment for bipolar disorder (I and II) often involves medication for mood stabilization.  From there, individuals may become involved in psychotherapy (i.e., talk therapy) with a licensed clinician.  Although bipolar disorder is a lifelong condition, the symptoms can be managed effectively.

If you are a veteran suffering from bipolar disorder, you may be eligible for VA disability benefits.  In order to receive monthly disability compensation, you must first establish service connection.  The following three elements of service connection are required by VA:

One of the first pieces of evidence VA looks for when determining a veteran’s eligibility for service connection are in-service treatment records.  If symptoms of bipolar disorder emerged while a veteran was in the military and he or she sought treatment with a mental health counselor, it should be documented in-service records.  In some cases, veterans do not have in-service records detailing the onset of their bipolar disorder.  Here, veterans can provide lay statements from themselves, family, friends, or fellow service members describing how bipolar disorder has affected them. 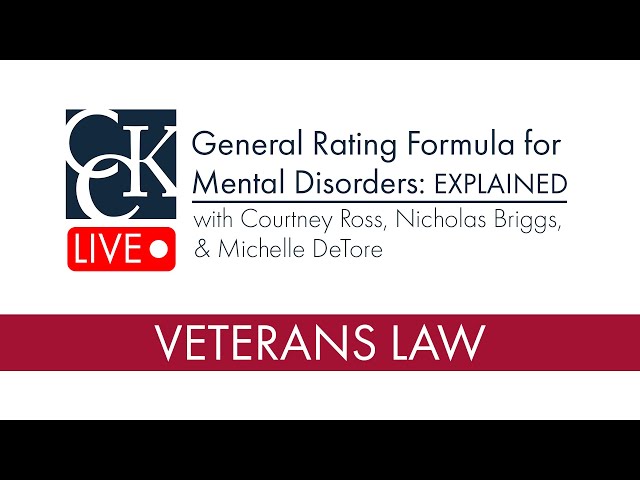 How Does VA Rate Bipolar Disorder?

VA rates all mental health conditions using the same diagnostic criteria.  Mental health conditions are rated under 38 CFR § 4.130 according to VA’s General Rating Formula for Mental Disorders.  The rating percentages are as follows: 0%, 10%, 30%, 50%, 70%, or 100.  Such ratings are based on the level of social and occupational impairment a condition presents.  For example, if a veteran is experiencing mild bipolar disorder symptoms, they may receive a disability rating of only 10%.  Veterans with more severe bipolar disorder symptoms – such as an intermittent inability to perform the activities of daily living or suicidal ideation – may receive a higher rating disability rating.

Previously, VA rated veterans’ mental health conditions using a Global Assessment of Functioning (GAF) score.  As of August 2014, VA officially adopted the Diagnostic and Statistical Manual (DSM-5).  The DSM-5 does not feature GAF scores, and therefore, they are not used by VA when adjudicating claims for mental health conditions, such as bipolar disorder.

Total Disability Based on Individual Unemployability (TDIU) for Bipolar Disorder

If a veteran is unable to secure and maintain substantially gainful employment as a result of their service-connected bipolar disorder, they may be entitled to total disability based on individual unemployability (TDIU).  VA should consider entitlement to TDIU benefits when evaluating a veteran’s claim for bipolar disorder if the veteran is unable to work; however, veterans can also specifically file for TDIU. 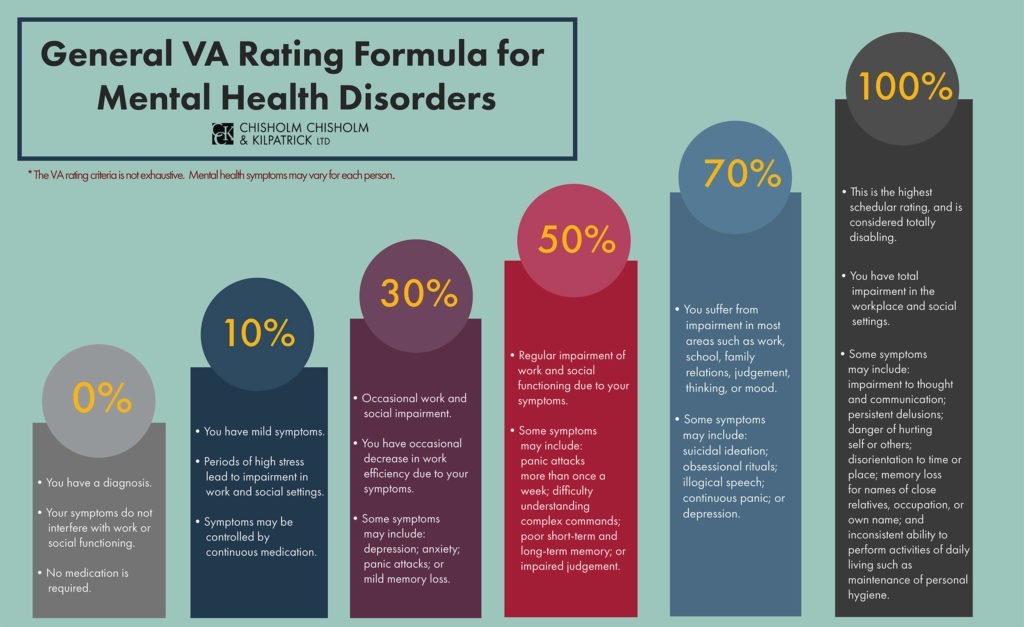