In August of 2006, the Court of Appeals for Veterans Claims (CAVC) issued a decision in the case Haas v. Peake, stating that the VA regulation providing for presumptive service connection for herbicide exposure must include veterans with “service in the waters near the shore of Vietnam, without regard to actual visitation or duty on land in the Republic of Vietnam”.  The issue addressed in this decision involved what service in the “Republic of Vietnam” meant in the Agent Orange Act of 1991. 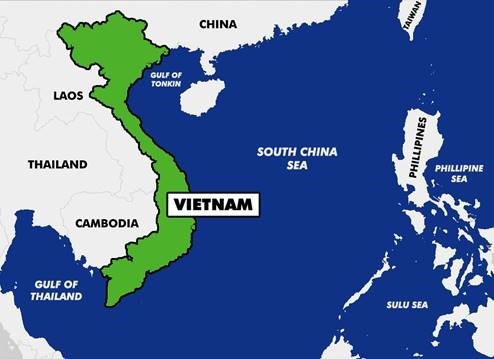 This act established a process and procedure for adding conditions to the list of presumptive conditions associated with herbicide exposure and outlined the definition for those eligible for the presumption.  Haas argued that Congress used the phrase “Republic of Vietnam” as it related to international law, in which the territory of a country includes the waters twelve nautical miles seaward of the demarcation line.  Importantly, this interpretation would have included Blue Water Navy veterans.

The CAVC originally ruled in favor of Blue Water Navy veterans, but was then overturned by the United States Court of Appeals for the Federal Circuit.  The Federal Circuit ruled that “a veteran who never went ashore from the ship on which he served in Vietnamese coastal waters was not entitled to presumptive service connection.”  This ruling was in favor of VA and continued VA’s interpretation of its regulation of the presumption of exposure to exclude Blue Water veterans.

Alfred Procopio is a Blue Water Navy veteran who served off the coast of Vietnam from November 1964 to July 1967 during the Vietnam War.  He was denied entitlement to service connection for prostate cancer and diabetes mellitus as due to Agent Orange exposure.  Mr. Procopio appealed this denial, contending that he is entitled to VA benefits due to his exposure to Agent Orange while serving on the USS Intrepid.  Specifically, he argued that Haas v. Peake was wrongly decided and that the intent of Congress in including the phrase “Republic of Vietnam” in the Agent Orange Act of 1991 was to include those service members that served off the coast of Vietnam.

Essentially, Mr. Procopio was seeking to overturn the Federal Circuit’s ruling in Haas.  Furthermore, Mr. Procopio asserted that there is evidence that Agent Orange was carried out to the waters offshore form Vietnam and was then filtered through distillers for drinking water on the Navy ships offshore.  Service members would then drink the contaminated water onboard, exposing them to the harmful effects of the herbicide.

The case worked its way through VA and was eventually denied at the CAVC.  The Court held that it was bound by the Federal Circuit’s decision in Haas and because Mr. Procopio did not serve on the landmass or inland waterways, he was not presumed to have been exposed to herbicides.  Mr. Procopio then appealed to the Federal Circuit.

On May 4, 2018, an oral argument was held before the Federal Circuit in which both a representative for Mr. Procopio and a representative for VA spoke before a panel of judges.  Subsequently, on May 21, 2018, the Federal Circuit issued an order for supplemental briefing, asking the two parties to answer the following question: “What is the impact of the pro-claimant canon on step one of the Chevron analysis in this case, assuming that Haas v. Peake did not consider its impact?”  Here, Chevron sets forth a two-step framework for interpreting a statute, like 38 USC § 1116 in this case.  The parties were required to file a response by June 4,2018, limited to fifteen pages.  The Court had to decide if it could apply the pro-claimant canon construction at step one of Chevron and allow Haas to be overturned without the court going en banc, meaning heard before the entire Court rather than a panel of judges on the Court. 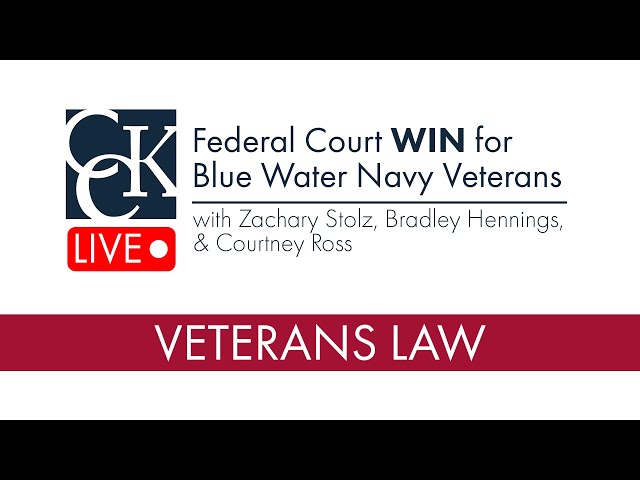 Accordingly, the denial in Mr. Procopio’s case was reversed to award service connection for his prostate cancer and diabetes mellitus, and Haas was overruled to include Blue Water Navy veterans under the presumption of herbicide agent exposure.  In this precedential decision, no judge determined that Mr. Procopio should be denied benefits under § 1116.  One concurrence concludes that § 1116 is ambiguous but found VA’s interpretation unreasonable.  Additionally, the dissent concludes that § 1116 is ambiguous but claims it is “premature” to decide whether the agency’s interpretation is unreasonable.  Regardless, the majority opinion contributed to a decision that greatly benefits Blue Water Navy veterans.

The decision in Procopio v. Wilkie is very significant for Blue Water Navy veterans as it overrules the interpretation of the regulation that previously excluded them from obtaining presumptive benefits for herbicide agent exposure.  Now, many more veterans are eligible for VA disability compensation and have an easier path to getting the benefits to which they are rightfully entitled.  It is estimated that there are between 50,000 and 90,000 Blue Water veterans that will be positively affected by this decision.

If you have received an unfavorable decision on your VA disability claim, our attorneys may be able to help. Chisholm Chisholm & Kilpatrick LTD has been representing veterans for over 20 years. Contact us today for a free consultation at 800-544-9144.