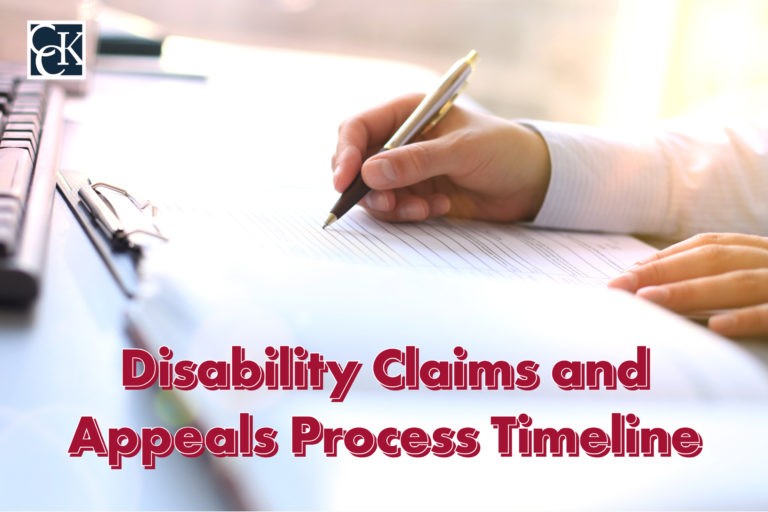 What Are VA Disability Benefits?

VA assigns ratings to veterans who have become disabled as a result of their military service.  Each rating corresponds to a dollar amount specified by VA in the VA disability pay chart that will be awarded to the veteran monthly following a grant of benefits.  Generally, the rating is based on the severity of the veteran’s condition and how it impairs their average earning capacity.  In other words, the higher the veteran’s disability rating, the more compensation they should receive each month.

Veterans receive a disability rating by filing a claim for service connection with VA.  If VA decides in the veteran’s favor, it will grant service connection for the disability and assign a percentage rating based on severity, ranging from 0 percent to 100 percent.  These ratings are assigned in 10 percent increments.  Importantly, VA disability benefits are tax-free.

In February 2019, VA implemented a new appeals system known as the Appeals Modernization Act (AMA).  Under AMA, veterans have the option to file supplemental claims with new and relevant evidence.  Here, the new and relevant evidence must clearly demonstrate why the claimed condition is related to service, or why an already service-connected condition deserves a higher rating or earlier effective date.

Claims as Part and Parcel to Other Pending Claims

Certain claims can be included as part and parcel to other already pending claims.  For example, total disability based on individual unemployability (TDIU) and Special Monthly Compensation (SMC) can both be filed on their own.  However, veteran also have the option to raise these issues as part of an existing claim or appeal for an increased rating.  Doing so is helpful to establishing an earlier effective date.  Namely, if you file TDIU as part of a pending appeal, it will take on that effective date.  On the other hand, if you file TDIU on its own, the effective date will only go back to the date on which you filed that claim.

1151 claims are essentially equivalent to VA medical malpractice where the qualifying condition must have resulted from the carelessness or negligence on the part of VA during medical care, or by participation in a compensated work therapy program, such as vocational rehabilitation.

To file a claim for VA disability benefits, the veteran will usually need to submit three things:

Veterans can submit a claim using VA Form 21-526EZ.  The form has sections to provide the veteran’s identification information, claim information, service details, and more.  The claim can be submitted to VA in a few ways:

Up until the AMA system was implemented in 2019, the Legacy claims system was the only system for handling VA disability claims.  Below is a breakdown of the steps that a claim takes through the Legacy system:

You can do this online through the VA website or by mail using VA Form 21-526, Application for Compensation and/or Pension.

A Veterans Service Representative will be assigned to your claim and will review your application to determine if additional evidence is needed.  If it is not, your claim will move straight to step 5 and your local VA will prepare a decision on your claim.

If your claim requires additional evidence, the Veterans Service Representative will request evidence from the necessary sources – for example, a medical professional who has treated or examined you, a government agency, or another authority.  You may also submit your own evidence or statements from friends, family, or fellow veterans.  It is common for claims to return to this stage throughout the claims process.

Once the evidence has all been received, your Veterans Service Representative will review it to determine if more evidence is required.  If so, the claim will be sent back to the evidence gathering phase.

The Veterans Service Representative recommends a decision about service connection, disability rating, and the effective date.  They prepare required documents explaining that decision.

The recommended decision is reviewed and, if service connection has been granted, a final award approval is made.

This is called a Rating Decision.  VA will send a decision packet to you by U.S. mail.  The packet contains details of the decision and award.  These details include whether service connection has been granted and, if it has, a disability rating (for example, a chronic knee condition might be rated 30 percent disabling) and an effective date for the rating.  The effective date, usually the same date of your claim submission, identifies when you start receiving compensation.  If the date is in the past, you may receive retroactive benefits.

After a veteran receives a decision on their initial claim, they have the option to file an appeal if they are not satisfied with the outcome.

You have one year from the date of the letter notifying you of your rating decision (see Step 7 of the Claims Process). Usually, a Notice of Disagreement is filed using VA Form 21-0958.  You will be asked to choose either a traditional appeal process or a “de novo” review of your claim by a Decision Review Officer (DRO).  If you choose the traditional appeals process, your claim will be reviewed again by the original claims officer.  If you choose the DRO process, a senior claims officer (the DRO) will review your claim and has the power to reverse or confirm the previous decision.

The Statement of the Case explains why your case was denied.

If you disagree with the Statement of the Case, you may choose to appeal to the Board of Veterans’ Appeals (or BVA).

On your Substantive Appeal (Step 3), you have the option to choose an in-person or teleconference hearing with a Veterans Law Judge.  There are three different types of BVA Hearings.  These hearings are informal and normally last about one hour.  The Veterans Law Judge will not make a decision at your hearing.  Rather, a transcript of the hearing will be added to your file and reviewed with the rest of your evidence in deciding your appeal.

The decision will grant, remand, or deny each issue (each disability) on your claim.  If an issue is granted, your VA Regional Office will implement the BVA’s decision and issue a rating decision.  If an issue is remanded, that means it will be sent back to your Regional Office for further evidence collection or for other procedural reasons.  A remand usually happens when the BVA finds that it does not have enough information about an issue in your appeal to make a decision.  Your appeal will be returned to the BVA for a decision once the Regional Office has followed the Board’s remand instructions. In contrast to the Legacy system’s linear appeals process, AMA allows veterans to choose which of three appeal lanes will be most appropriate for their claim.

In the supplemental claim lane, veterans must submit new and relevant evidence to be reviewed by adjudicators at the VA Regional Office.  If VA denies a claim in this lane, the veteran can appeal to the higher-level review lane or the Notice of Disagreement lane within a year.

Notice of Disagreement Lane (i.e., Appeal to the Board of Veterans’ Appeals)

In the Notice of Disagreement (NOD) lane, veterans can take their appeals directly to the Board.  At the Board, claims are reviewed and adjudicated by Veterans Law Judges.  Within the Board lane, veterans must choose between three dockets: the evidence docket, direct docket, and hearing docket.  The direct docket does not allow for the submission of new evidence, while the evidence and hearing dockets do.

Specifically, if the veteran chooses the evidence docket, they can submit evidence with their NOD or within the 90 days after sending in the NOD.  Additionally, veterans in the hearing docket can submit evidence at the time of their hearing, or within the following 90 days.  If a veteran is denied in a Board decision, they can either: (1) appeal within 120 days to the to the Court of Appeals for Veterans’ Claims (CAVC) or (2) file a supplemental claim within one year to preserve their effective date.

In the Legacy appeals system, both at the Regional Offices and the Board, VA was held to a lesser standard of proof when explaining why a claim was denied, granted, or remanded.  One of the notable advantages of AMA is a new decision format requiring Regional Offices to clearly explain their favorable findings, because such findings become binding on the agency.

For example, if VA found that a veteran incurred an injury during service, that information would be explicitly stated in the final decision.  This finding would be binding, meaning that it will apply to all future adjudications.  That is, VA will have to apply this information to all subsequent decisions.  Furthermore, it allows veterans to shape their approach to providing evidence.  In this example, the veteran no longer needs to provide evidence of an in-service event since VA has already conceded that element of service connection.  Instead, the veteran can focus on providing evidence of a current diagnosis and a medical nexus opinion.  VA should include this information in its decisions as well. 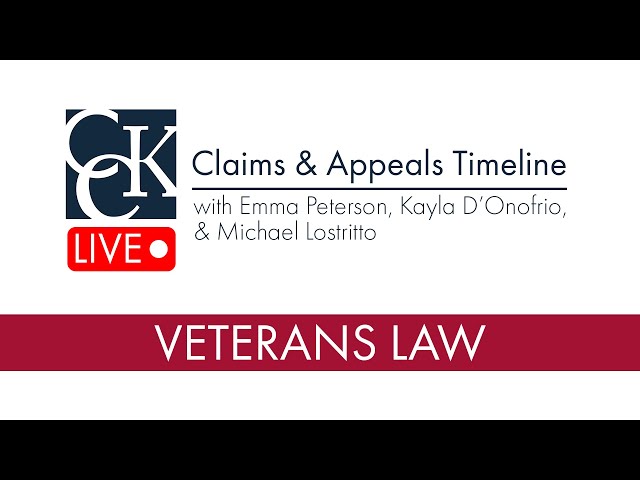 Timelines and Deadlines in the Legacy System

While veterans are required to follow these deadlines, VA is not obligated to work under any timeframes of its own.

Timelines and Deadlines in the AMA System

Under Appeals Reform, veterans will still receive a Rating Decision after every claim is filed.  However, if a veteran disagrees with VA’s decision, he or she has one year to appeal by choosing one of the following three lanes: the higher-level review lane, supplemental claim lane, or Notice of Disagreement lane (i.e., Appeal to the Board of Veterans’ Appeals).  After appealing through one of these lanes, veterans will then receive another decision.  Specifically, both the higher-level review and supplemental claim lanes will yield additional Rating Decisions while the Notice of Disagreement lane will produce a Board decision.

Upon receiving a decision on their first appeal via one of these three appeal lanes, veterans have the option to file a subsequent appeal.  However, there are some important stipulations to note:

If you need assistance navigating the claims and appeals process, the experienced veterans’ advocates at Chisholm Chisholm & Kilpatrick may be able to help.  Our team has helped veterans secure the benefits they deserve.  We can craft skilled arguments, gather evidence, and submit documentation on the veteran’s behalf.  Call our office today to see if we can help you.