About 1 out of every 100 people will be diagnosed with bipolar disorder at some point in their lives.   Bipolar disorder is a mental health condition that results in extreme shifts in mood that can last days, weeks, or months.  It can cause one to swing between episodes of extreme emotional highs, known as mania or hypomania, and unbearable lows, known as depression.  Bipolar disorder can severely disrupt one’s life, especially if not well controlled by treatment.

If you have bipolar disorder and find that its effects are impairing your ability to work, you may want to apply for long-term disability (LTD) benefits.  At Chisholm Chisholm & Kilpatrick, we can help you make a strong claim to receive benefits for bipolar disorder.

What is Bipolar Disorder?

Bipolar disorder is a lifelong condition that causes one to experience extreme fluctuations in mood.   These mood swings often manifest in alternating episodes of mania or hypomania and episodes of depression and can last days, weeks, or months.  It is important to note the differences between mania, hypomania, and depression when understanding bipolar disorder. 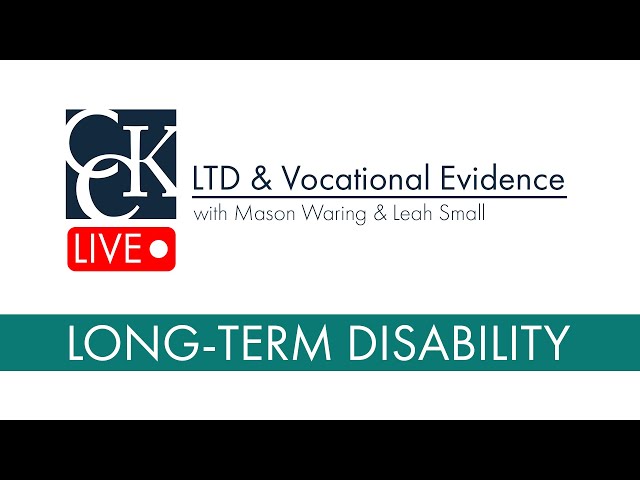 Mania and hypomania are two distinct kinds of episodes.  However, they often have the same symptoms and consist of an elevated or euphoric mood.  To be diagnosed as manic or hypomanic, an episode must include three or more symptoms, which may include:

While mania and hypomania share the same symptoms, it is important to understand that they differ largely.  The prefix “hypo” in hypomania means “low” or “under,” though is often confused with the prefix “hyper.”  Hypomania is a step lower than mania, and by definition less severe.  Episodes of hypomania may last two or three days at most, while episodes of mania must last a week or longer in order to be classified as manic.

Mania may also include breaks from reality and can involve psychotic symptoms such as visual or auditory hallucinations and delusional or paranoid thoughts.  Mania may lead to hospitalization, while hypomania typically does not.

A major depressive episode in bipolar disorder is defined by a distinctive downturn in mood, often characterized by symptoms of major depression.  These symptoms include:

There are several categories of bipolar disorders.  The two major types are:

Bipolar disorder can also manifest as mixed features of manic and depressive episodes when symptoms from both occur at the same time.  Other types of occurrences of bipolar disorder may be related to hormone changes during pregnancy, other medical conditions, or drug use.

Diagnosis and Treatment of Bipolar Disorder

A diagnosis for bipolar disorder may rely on a physical exam and psychiatric assessment, among other assessments more specific to your condition.  Self-assessments and keeping a daily record of your moods are common in reaching a diagnosis.  A doctor may also look at your medical and family history, as bipolar disorder is often genetic.

Treatments for bipolar disorder are aimed at managing symptoms, as bipolar disorder usually lasts throughout one’s lifetime and typically does not go away.  Treatments may include medications such as mood stabilizers, anti-depressants or antipsychotics, and therapy such as psychological counseling or cognitive behavior therapy.  Medication and therapy often work in conjunction with each other, depending on your specific bipolar diagnosis.

In more extreme cases, some may need to undergo hospitalization or inpatient or outpatient treatment, particularly for severe manic or depressive episodes.

How Bipolar Disorder Can Impact your Ability to Work

Bipolar disorder can severely affect the quality of your life and impact your ability to carry out everyday tasks.  Episodes of depression or mania can last from weeks to months, and the symptoms can make it difficult or impossible to perform the duties of your job. 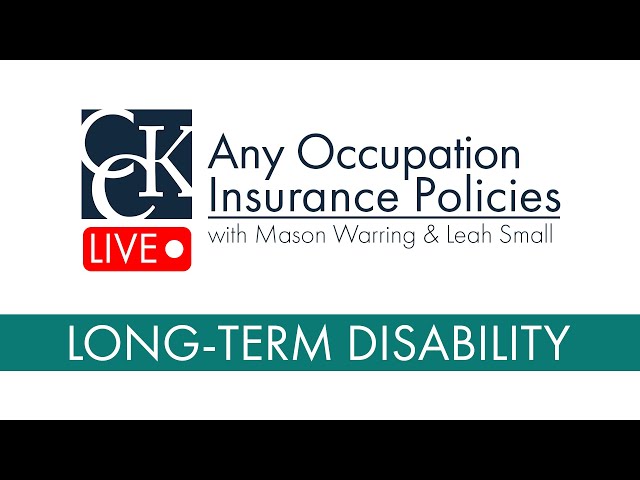 Symptoms of mania or hypomania may make it difficult for you to focus on work tasks or perform with proper judgment.  During a manic episode, you may find yourself restless and distracted, which can lead to mistakes, inattention to detail, and incomplete tasks.  Your elevated energy and zealousness may cause you to take on more tasks than you can handle or finish.

Symptoms of manic episodes also consist of inflated self-confidence and risk-taking, which can cause you to make important work decisions with improper judgment or behave inappropriately.  The extreme mood can also make it difficult for you to work effectively with colleagues or customers.

During depressive episodes, you may have difficulty simply going to work or being on time.  Symptoms of fatigue, disinterest, hopelessness, and sadness can make it extremely hard to concentrate or find the motivation to do work at all.  Like a manic episode, this can lead to inattention, mistakes, and incomplete work.  Feelings of guilt and worthlessness can affect your ability to focus or find meaning in your work duties.  Finding yourself consumed by negative thoughts or growing apathetic toward your work responsibilities can severely hinder your ability to carry out your job.

If you have bipolar disorder and find yourself impaired by its effects and unable to work, you may qualify for long-term disability benefits.  The attorneys at Chisholm Chisholm & Kilpatrick understand the disabling effects a mental health condition can have on your ability to lead a functional life.  We can help you through the steps of filing a long-term disability claim. 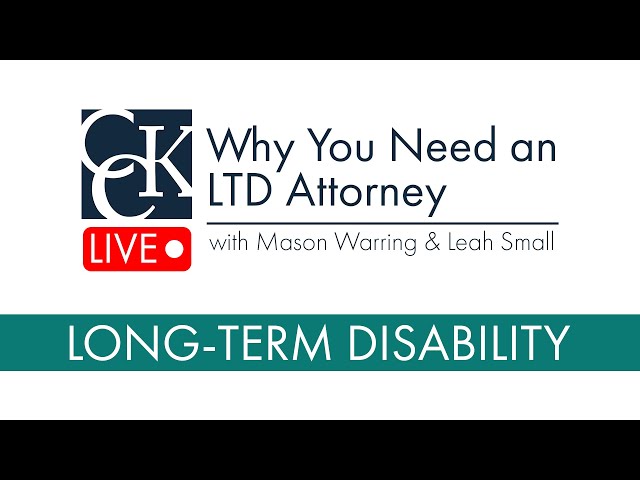 Whether you are filing an initial claim or appealing a denial of benefits, CCK has the experience to fight for your case.  Our attorneys will help you gather the evidence and records you need to prove that your bipolar disorder is stopping you from being able to work effectively, if at all.

We will gather evidence from medical and psychiatric specialists and advise you if we think your case could be strengthened by additional evaluations from outside experts.  We also know that your long-term disability claim can be strengthened by witness statements from personal acquaintances like family or coworkers, who likely have witnessed how your bipolar disorder affects your daily life.

We want you to be able to work on managing your health condition without having to deal with the stress of filing or appealing a long-term disability claim.  The legal team at Chisholm Chisholm & Kilpatrick is ready and available to help get you the benefits you deserve.  To see if we may be able to assist you with your claim, contact us for a free consultation at 800-544-9144 today.