What is a Board of Veterans’ Appeals Docket Number? What is the Board of Veterans’ Appeals?

The Board of Veterans’ Appeals is an entity that conducts hearings and decides claims for veterans’ benefits once they have been appealed from the agency of original jurisdiction, usually a VA Regional Office.  The Board issues Veterans’ claims a docket number before it partakes in what is called a “de novo review,” meaning a fresh look at the veteran’s case.  Adjudicators at the Board (i.e., Veterans Law Judges) subsequently make a decision based on the evidence of record.

Board 2.0 Under Appeals Modernization Act (AMA)

Board 2.0 represents Chairman Cheryl Mason’s vision of leading the Board toward the future as an “innovative, integrated team dedicated to serving veterans.”  This new model of the Board is intended to accommodate the organizational, technical, and procedural changes of the Appeals Modernization Act (AMA), also referred to as Appeals Reform.  Consistent with the goals of AMA, the Board is focusing on modernizing its processes to more efficiently meet the growing needs of veterans.  “The new law provides an improved, streamlined approach to the adjudication of veterans’ appeals,” said Mason in the Board 2.0’s Press Packet.  “Our organization and processes have evolved over time to keep up with our mission of serving veterans, and the AMA is a key step toward delivering better, faster, more transparent service to veterans.”

Since its launch in October 2018, Board 2.0 has maintained a consistent tagline: every decision matters.  This primary message serves to embrace the reality that every decision at the Board has the potential to change the life of a veteran and their family, and that the adjudication process should be reflective of that fact. 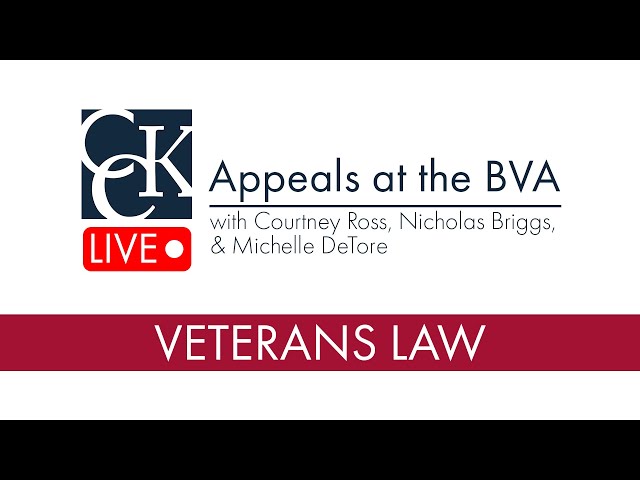 New Process at the Board Under AMA

Under AMA, veterans have one year to appeal an unfavorable decision from VA by choosing one of the following three review options, or lanes: the higher-level review lane, supplemental claim lane, and Notice of Disagreement lane (i.e., Appeal to the Board of Veterans’ Appeals).  In the Notice of Disagreement lane, veterans can appeal their claims directly to the Board.

Previously under the Legacy appeals system (i.e., the old appeals system), veterans who received unfavorable decisions were required to overcome additional procedural hurdles when appealing to the Board, including the filing of an additional form and subsequent VA processing.  However, the Notice of Disagreement lane under AMA removes the additional steps.  By directly appealing to the Board, VA is hoping to prevent a backlog of claims and significantly decrease veterans’ amount of wait time when it comes to receiving decisions.

Importantly, veterans also have the option to choose the Notice of Disagreement lane after receiving unfavorable decisions in either the higher-level review lane or supplemental claim lane.  Here, the one-year period to appeal remains the same.  If veterans successfully appeal within that timeframe, they will preserve the effective date of their claim.

How to File a Notice of Disagreement Under AMA

When appealing directly to the Board, veterans will be required to submit a Notice of Disagreement form that is different from the one used in the legacy appeals system.  On this form (VA Form 10182), veterans must identify the specific determination with which they disagree and indicate which docket they are choosing.  Specifically, veterans will be required to choose from an additional three lanes at the Board level:

According to VA, a docket number reserves a veteran’s place in the line of cases to be decided by the Board.  The Board assigns this number to a veteran’s case based on the date VA received their substantive appeal to the Board (i.e., the Notice of Disagreement).  As required by law (38 USC § 7107(a) and 38 CFR § 20.900(c)), the Board must consider appeals in the order in which they are entered on the docket.

How to Advance on the Docket

Again, the Board must review appeals in “docket order;” however, veterans can submit a “motion for advancement on the docket” (AOD) if they are suffering from unusual hardship or “other sufficient cause.”  By doing so, veterans are essentially asking the Board to expedite its review of their appeal.  According to the Board’s website, AODs can be submitted under certain circumstances, including the following:

Importantly, any motion for AOD submitted to the Board must be accompanied by the appropriate supporting evidence or documentation.