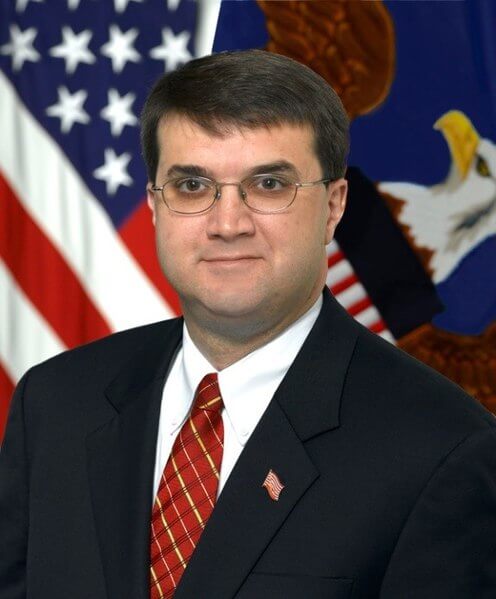 On January 17, 2019, the Secretary of VA Robert Wilkie, hosted an online community town hall to discuss the state of VA, community resources for veterans, department priorities, and address questions from the previous community town hall.  He was joined by key note speaker and Chief Veterans Experience Officer, Dr. Lynda Davis, along with a panel of VA leaders, including:

The community town hall began with remarks from both Secretary Wilkie and Dr. Davis regarding several of VA’s top priorities.  The panel was then split into two groups that presented throughout the remainder of the two-hour duration.  Each panel member had the opportunity to explain the unique role his or her branch plays in having VA become the leader in customer experience by improving services for veterans.

In his discussion, Secretary Wilkie emphasized bringing an end to veteran suicide as his top clinical priority for VA moving forward.  He explained suicide is a national public health issue and thus noted the approach to veterans’ suicide prevention must be treated as a public health approach involving friends, family members, and community leaders.  Secretary Wilkie then went on to speak about the recent initiatives VA has implemented in regards to this goal.  Specifically, the Veterans Crisis Line is available to veterans in crisis 24 hours a day, 7 days a week, 365 days a year.  It connects the veterans with a qualified VA responder through a confidential toll-free hotline, online chat, or text-messaging service, reflecting VA’s effort to improve mental health care for veterans through telehealth.  Additionally, the White House VA Hotline was also launched in June of 2017 as part of VA’s contact-centered modernization effort to ensure consistent and positive veteran experience.  Like the Veteran Crisis Hotline, the White House VA Hotline connects veterans directly to agents ready to answer their questions and concerns any time of the day and any day of the year.  It has fielded over 170,000 calls and emails since its inception with 82 percent of those calls resolved.  Veterans who utilize the Hotline typically experience a seven-second wait time and a fifteen-minute call duration.

Dr. Franklin spoke more about VA’s efforts to end veteran suicide, noting that the department is now working with partners to reach veterans where they live and work in order to connect them with resources.  While VA recognizes its role in veteran suicide prevention, it also emphasizes the importance of community involvement and intervention.  Accordingly, VA initiated a series of mayors’ and governors’ challenges to outline the steps needed to address veterans’ suicide locally.  Training is provided in cities and states to educate treatment providers and other officials in order to improve the overall quality of mental health care.  The training offers a resource locator, tool kits, and information for family and loved ones.  Dr. Franklin also indicated that this past year, the largest analysis of VA suicide rates from 2005 to 2016 was completed.  The results gathered from this analysis are being used to further inform suicide prevention efforts.

Delivering the Highest Quality of Care

Additionally, Secretary Wilkie discussed VA’s priority to ensure veterans receive the highest quality of care.  In doing so, he pointed to the Mission Act as evidence of the steps VA has taken to achieve this goal. By listening to feedback from veterans and other stakeholders, VA was able to create a single, high-performing health care network that ensures veteran care is at the highest quality and adheres to patient standards.  The Mission Act, which Secretary Wilkie considers to be “the most transformative piece of legislation in the history of VA”, is aimed towards consolidating community care programs, eliminating funding gaps, and modernization.  Both Dr. Davis and Dr. Matthews described the key changes implemented by the Mission Act, including: increased access to care with transparent and simplified information on community care; new personalized, customer service programs (e.g. online portals); and quicker, more comprehensive responses.  The Mission Act also integrates new IT systems and infrastructure upgrades to enable a seamless exchange of information between VA and community providers.

Dr. Stone further addressed the statistics within VA’s healthcare system that reflect its efforts towards delivering the highest quality of care.  Namely, 18 percent of health care workers in America change jobs, but only about 9 percent of VA health care workers do.  This means that VA retains employees at double the rate of the rest of American health care.  More so, VA is the largest employer of nurses in the United States, having over 90,000 on staff.  The numbers continue to grow overall as well, as VA now has 341,000 employers, which is 14,000 more than two years ago.  Dr. Stone emphasized that this strong workforce is precisely what allows VA to deliver the best care to veterans.  In 2018 alone, there were more than 58 million appointments for veterans – an increase of 3.7 million since 2014.  Additionally, VA cut down the wait for urgent appointments from nineteen days in 2014, to under two days in 2018.  Dr. Stone’s remarks came at a time where there is increasing concern regarding the privatization of VA.  However, he dismissed those concerns in his discussion, stating that there is no such plan for privatization. Instead, VA is investing in, growing, and trying to restore trust in its healthcare system.

According to Secretary Wilkie, VA is continuously seeking to improve customer service for its veterans.  Specifically, VA has initiated welcome kits that provide clear and accurate information to help veterans and families access the care and benefit services they need.  These welcome kits are distributed to transitioning service members in Department of Defense (DoD) courses through the Transition Assistance Program (TAP).  Additionally, they are distributed to Veterans Service Organizations (VSOs), community facilities, and even Congress members.

In another effort to improve customer service, VA has distributed nearly 12 million Veterans Signals Surveys.  VA reviews the responses from veterans and family members to better understand the effectiveness and emotional resonance of their experiences in areas like VA outpatient services, telehealth services, and VA contact centers with the Board.  About 68 percent of the surveys contained compliments to staff about the customer service and quality of care, while only 18 percent of surveys contained concerns.  However, these concerns are immediately referred to VA staff to be addressed.  The surveys also indicate that 92 percent of all VA Medical Centers have improved trust scores since the previous year.  In further regards to VA Medical Centers, VA has introduced the Red Coat Ambassadors program in which volunteers are placed in the entryways of hospitals to ensure veterans know where they are going and have the information they need.  Secretary Wilkie confirmed that VA will continue to work with the DoD, Department of Labor, and Department of Health and Human Services to change the culture and focus on the delivery of services to veterans.

During the community town hall, Dr. Lawrence provided an update regarding the Forever GI Bill.  Specifically, Dr. Lawrence noted that VA has struggled to implement the two final provisions dealing with housing and repayments.  However, an implementation reset is underway to reflect and re-plan how to deal with these aspects of the bill.  The new deadline for this implementation reset is December 2019.  Dr. Lawrence also admitted VA was using the wrong rates to pay veterans in the fall.  Namely, VA was using the 2017 school rates rather than the 2018 school rates.  VA plans to reimburse veterans and issue retroactive benefits beginning by the December 2019 deadline.

Dr. Lawrence also spoke about the current status of presumptions of exposure and service connection for both Blue Water Navy Vietnam veterans and veterans who were exposed to burn pits.  He explained that such presumptive status requires a high degree of evidence.  According to VA, the evidence is neither clear nor sufficient to establish a relationship between those exposures and certain health conditions.  Veterans are still able to apply for service connection based on those exposures, and VA will consider each claim on a case by case basis.  More studies will take place in 2019 to try to determine and establish definitive conclusions.

Cheryl Mason, Chairman of the Board of Veterans’ Appeals, spoke about the upcoming implementation of Appeals Reform, scheduled for February 19, 2019.  Mason reiterated that VA’s current claims and appeals system is complex, non-linear, confusing for veterans, and inefficient.  To prepare for implementation, there has been significant training for the Board staff, VSOs, and veterans’ advocates.  VA hopes that Appeals Reform will serve to revamp and improve the appeals process to offer more choice and control to veterans.