Was Agent Orange Used on Okinawa? 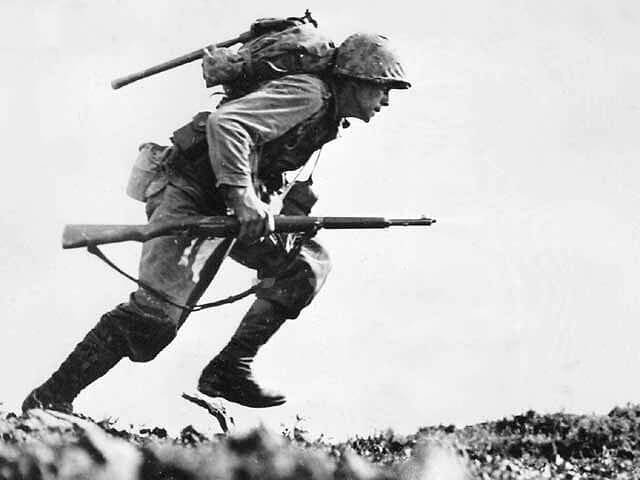 Evidence of Agent Orange on Okinawa

Many veterans have expressed concern regarding potential exposure to Agent Orange on Okinawa as they claim they are suffering from similar illnesses as veterans who served in Vietnam.  A growing number of veterans have filed claims for service-connected compensation based on herbicide exposure in recent years.  VA maintains that it has no credible evidence of Agent Orange use, storage, testing, or transportation in Okinawa, and thus no evidence to support claims of exposure to Agent Orange during military service in Okinawa.  However, an uncovered Army report entitled “An Ecological Assessment of Johnston Atoll” (2003) indicates that approximately 25,000 barrels of Agent Orange were stored on Okinawa.  Specifically, the barrels were thought to contain over 5.2 million liters of the herbicide agent and were brought to Okinawa from Vietnam before apparently being taken to Johnston Island in the Pacific Ocean, where the U.S. military is known to have incinerated stocks of Agent Orange in 1977.  The report further outlines the military’s efforts to clean up Johnston Island.  Importantly, this report represents the first time the U.S. military has acknowledged the presence of herbicides on Okinawa, and contradicts VA’s repeated denials that Agent Orange was ever present there.

Additionally, several Marines reported that in 1981, they were ordered to dig up hundreds of steel barrels that were leaking chemicals at Marine Corp Air Station Futenma, Okinawa.  Years later, these Marines were affected by conditions associated with Agent Orange exposure.  One of the marines eventually filed a claim for disability compensation based on Agent Orange exposure and won.  This is significant because it shows the growing amount of supportive evidence to prove that Agent Orange was transported to, stored at, and used on Okinawa.

In 2014 another evidentiary development took place as all of the key chemical components of Agent Orange were discovered at a former military dumpsite in Okinawa City (i.e. 61 barrels containing 2,4-D, 2,4,5-T, and TCDD).  The discovery was made by two independent teams of experts representing Okinawa City and the Okinawa Defense Bureau, respectively.  This was the first time in which all three chemical components have been identified on the former U.S. military property on Okinawa.  Additionally, roughly half of the barrels had the markings of the Dow Chemical Company, one of the largest manufacturers of Agent Orange for the U.S. military.  However, the experts did not go as far as to say the barrels contained Agent Orange itself.  As such, VA continues to deny that there is any proof that the defoliant was ever present on Okinawa.

Favorable VA Decisions: Claims Granted Based on Exposure to Agent Orange on Okinawa

While VA does not concede that there is evidence to support the presence of Agent Orange on Okinawa, a few veterans who served on the Japanese island during the Vietnam War era have won cases in which they claimed to have developed conditions from exposure to herbicides.  Overall, the judges in the separate cases relied on the fact that (1) the veterans’ specific conditions have been linked to Agent Orange exposure and (2) the lack of evidence that the herbicide agent wasn’t on Okinawa, based on a two-year gap in the military’s records.  Importantly, the judges limited their rulings to those specific cases.

In this case, the Veteran served at Air Force bases on Okinawa in the mid- to late-1950s.  He reported that he was exposed to 2,4-D and 2,4,5-T while working on the flight lines, as the chemicals were used to control vegetation.  To support his claim, the Veteran provided newspaper articles, testimony, and research.  The Board of Veterans’ Appeals accepted that he was exposed to 2,4-D and 2,4,5-T and other chemicals during his active service while in Okinawa and granted service connection for prostate cancer as a result.  However, the Board made sure to note that the Veteran was not exposed to Agent Orange per se.

Here, an Army veteran claimed he was exposed to Agent Orange while he was loading and unloading barrels from cargo ships.  He stated that the barrels had orange bands around them, consistent with the presentation Agent Orange.  The Veteran filed a claim for service connection for diabetes mellitus type II, a presumptive condition, based on exposure to the herbicides.  He collected multiple statements from fellow veterans to use as lay evidence in support of his claim.  In September of 2016, the Board decided that the credible evidence sustained a reasonable probability that the Veteran was exposed during his service, and awarded benefits.  Once again, the Board made sure to explain that the ruling was in no way a comment as to whether Agent Orange was ever actually stored, used, tested, and/or transported in Okinawa.