VA and the 2021 Benefits Backlog: What is the Holdup? Hundreds of thousands of veterans have been left waiting for their hard-earned disability benefits due to the serious backlogs at almost every level of VA’s disability claims and appeals system.  While efforts are being made to reduce the backlogs at each level, there is still a long way to go before many veterans will have access to their benefits.

As of mid-June 2021, approximately 191,000 disability claims were considered backlogged, meaning they have been pending for four months or more at the RO level.  However, the number of backlogged veterans’ disability claims has been cut by about 10 percent in recent weeks, VA officials have acknowledged that it is unlikely to return to pre-pandemic levels until late in 2022.

Moreover, VA has warned that this number would rise again if Congress passes any of the pending bills, which would provide disability benefits to tens of thousands of post-9/11 era veterans exposed to burn pits and other toxic substances.  Additionally, VA is beginning to process claims for three new Agent Orange presumptive conditions mandated by Congress.

Although there has been a slow decrease in the backlog over the last couple of months, these new issues and a continued rollover of claims currently in the system will lead to a short-term spike in the backlog this summer.  The Veterans Benefits Administration expects the backlog will peak during the summer in the range of 225,000 to 240,000 pending claims by August.

Other factors that have contributed to the claims backlog include the pileup of requests for records at the NPRC and the switch to using VA-contracted health providers for Compensation and Pension exams. 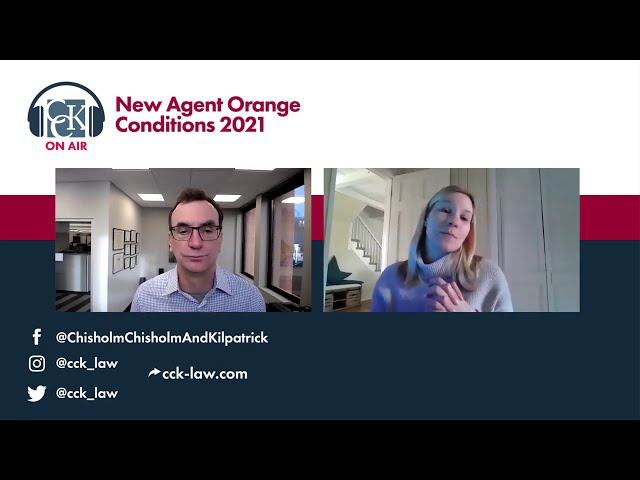 In short, the records backlog means that thousands of veterans have been waiting up to a year for their requests to be processed, leaving them unable to obtain service personnel and service medical records needed to secure benefits.

In December 2020, Congress offered assistance in the form of an emergency allocation of $50 million to the NPRC.  These funds were intended to help the records center address its backlog safely and ensure that veteran requests are met within a reasonable timeframe.  Specifically, it allowed for the purchase of more hardware for staff to work from home, funded 150 new staff positions, and provided resources to digitize more paper records.

The decision to use outside contract examiners over those employed directly by VA has also been a source of delay, largely due to the shutdowns caused by the coronavirus pandemic.  Contractors, who VA relies on to conduct nearly 90 percent of its C&P exams today, are a key part of the department’s plans to decrease the backlog of pending disability claims.

The department said VBA’s contractors conduct roughly 45,000 C&P exams each week.  However, many veterans’ advocates and some members of Congress have expressed concern regarding the capabilities and qualifications of these vendors.  Poorly trained or ill-equipped contract examiners can lead to more appeals from veterans who are dissatisfied with their initial decisions which are based heavily on the C&P exams.

Board of Veterans’ Appeals Aims to Hold More Hearings

For years, the Board has had a backlog in pending hearing requests.  Now, the hearing backlog is also present in the Appeals Modernization Action (AMA) Board Hearing docket.  The Board of Veterans’ Appeals set a goal of holding 50,000 hearings, using all available hearing platforms, during Fiscal Year (FY) 2021 which runs from October 1, 2020, to September 30, 2021.

The Board has announced that it is ready to hold hearings, saying it can hold 1,000 virtual hearings per week.  This would be an increase from the past two months during which time only about 500 weekly hearings were held.  In particular, the Board plans to prioritize hearings for appeals in the Legacy system and to focus on virtual hearings.

Overall, both VA and the Board have a long way to go before they can reduce their backlogs.  Although VA officials at all levels are reportedly pleased with the progress made in recent weeks, it is clear there is much more work to be done.