Symptoms usually begin within three months of the traumatic event, but it is also possible for them to present later on in life.

While PTSD is very common amongst men and women, statistics show that there is a significant gender difference in the prevalence of the condition.  According to the National Center for PTSD, around 10 percent of women have PTSD at some point in their lives as compared to 4 percent of men.

Previous research has examined whether males or females are more at risk for (1) potentially traumatic events and (2) PTSD.  Results found that while males have a higher risk for traumatic events, women suffer from higher PTSD rates.  Importantly, PTSD rates were still higher for women even when both genders were compared on the same type of traumatic event.  The researchers concluded that PTSD may be diagnosed more in women in part because of the criteria used to define it (Tolin & Foa, 2006).  Specifically, cognitive and emotional responses to traumatic events make a diagnosis of PTSD more likely.  Therefore, even though men may experience more traumas, they do not seem to have the same emotional responses to such traumatic events.  With that being said, a reason that men may not fit the current diagnosable criteria of PTSD is that their symptoms may manifest differently.  In the study referenced, male participants were less likely to report anxiety or depression, but were more likely to report drug use, irritability, and violence.  Such symptoms could be misattributed to other mental health conditions.

Increasing Number of Women in the Military

An increasing number of women are serving in the U.S. military and women are the fastest growing group of veterans.  Women veterans were approximately 9.4 percent of the total veteran population in 2015, which represents about 2 million women.  Estimates suggest this percentage will increase to about 16 percent in 2040.

Stressors Women Face While Serving in the Military

While serving in the military, women may encounter a number of potential stressors, or traumatic events.  Examples of these stressors could include:

Due to these stressors, many women who return from military service have trouble transitioning to civilian life.  Furthermore, a significant number of these women may develop PTSD. 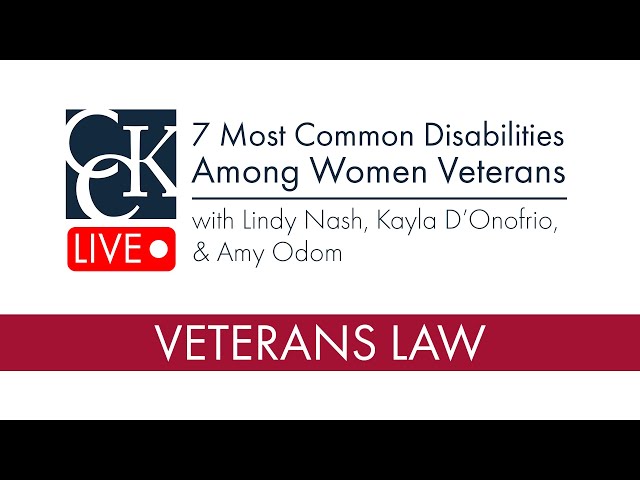 How Many Women Have PTSD?

Among women veterans of the conflicts in Iraq and Afghanistan (e.g., Operations Enduring and Iraqi Freedom, etc.), VA data shows that almost 20 percent have been diagnosed with PTSD.  VA also has prevalence data on PTSD in women Vietnam Era veterans from the National Vietnam Veterans Readjustment Study.  Of the 1,632 Vietnam veterans in the study, 432 were women who had served in or around Vietnam between 1964 and 1975.  The study found that approximately 27 percent of women Vietnam veterans suffered from PTSD sometime during their postwar lives.

Interventions and Coping Strategies for Women Veterans with PTSD

Researchers at the National Center for PTSD have found that high levels of social support after the war played an important role for women veterans.  Those women who reported that they had friends and family available to them were less likely to have symptoms of PTSD.  In particular, emotional support (i.e., having someone to talk to and someone who really cares) helped women to adjust better to postwar life.

In response to the recent increase in women veterans, VA has implemented clinical initiatives, research agendas, and programs dedicated to women, including the Women Veterans Health Program and the Center for Women Veterans.  Additionally, every VA in the country now has a Women Veterans Program Manager.