Incidents of military sexual trauma (MST) have been on the rise, according to statistics. Today, we break down the numbers based on available MST statistics.

What is Military Sexual Trauma (MST)?

Military sexual trauma, or MST, is a term used by the Department of Veterans Affairs (VA) to refer to the experiences of sexual assault or repeated, threatening sexual harassment that a veteran experienced during their military service.

Examples of MST include the following:

Importantly, the identity or characteristics of the perpetrator, whether the service member was on or off duty at the time, and whether they were on or off base at the time do not matter.  If any of the above-mentioned experiences occurred while an individual was on active duty or active duty for training, they are considered by VA to be MST.

Congress requires the Department of Defense (DoD) to provide an annual report on sexual assaults involving members of the U.S. military.  As such, the DoD Annual Report on Sexual Assault in the Military: Fiscal Year 2019 provides an update on the Department’s efforts to combat sexual assault and harassment in the military force, and includes sexual assault reporting information, feedback from focus groups, and updates on efforts to prevent and respond to sexual assault.  Importantly, the information contained in the report was gathered between October 1, 2018 and September 30, 2019.

According to the annual report, the number of sexual assault reports from service members increased by 3 percent, from 6,053 in Fiscal Year (FY) 2018 to 6,236 in FY 2019.  In addition to the 6,236 service members who reported an incident of sexual assault, DoD also received 652 reports from service members for incidents that occurred prior to their entering military service, and 937 reports from U.S. civilians and foreign nationals who alleged being sexually assaulted by a service member.  However, it should be noted that a large number of MST experiences go unreported.  Therefore, the data collected may be underestimating the actual prevalence of MST in the past fiscal year.

Statistics show that over 25 percent of victims who did not report experiences of MST were fearful of retaliation from their command and/or their fellow service members.  Furthermore, nearly one in three victims believed the reporting process would be unfair and/or resolution would not be achieved.  Less than 50 percent of women who reported MST felt well supported by their chain of command.

VA’s national screening program, in which every veteran seen for health care is asked whether they experienced MST, provides data on how common MST is among veterans seen by VA.  National data from this program reveal that about 1 in 4 women and 1 in 100 men respond “yes” when asked by their VA provider whether they have experienced MST.  Again, these numbers may not represent the actual rates of sexual assault and harassment experiences among all individuals serving in the military, as the data is only based off of those who have chosen to seek VA health care and report MST.

Again, each individual may respond to the experience of MST differently, and the list above is not intended to be exhaustive. 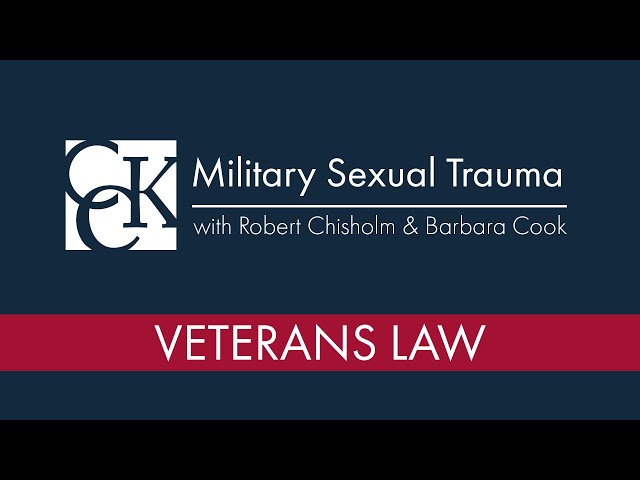 Below is a list, published on VA’s website, of action-items demonstrating the ways in which VA has responded to Military Sexual Trauma.  According to VA, the following actions have been taken to ensure that veterans have access to the help they need in order to recover from MST.