Depression, also known as major depressive disorder, is a common but serious mood disorder.  It causes severe symptoms that affect how you feel, think, and handle daily activities, such as sleeping, eating, or working.  To be diagnosed with depression, you must experience some of the following signs and symptoms most of the day, nearly every day, for at least two weeks:

Importantly, not everyone who is depressed experiences every symptom.  People with only a few, but distressing, symptoms may be diagnosed with “subsyndromal” depression.

Prevalence of Depression in Women Veterans

Female veterans are nearly 250% more likely to commit suicide as compared to their civilian counterparts.  Depression is often a key contributing factor to both attempted and completed suicides.  Research has found that depression is the second most common disability among women veterans and they experience depression at much higher rates than men.  Specifically, a study published in Women’s Health Issues, found that 20% of women veterans screened positive for probable major depression in a primary care setting compared to only 12% of men.

In addition, women veterans more frequently experienced significant psychological comorbidities, with 48% of those with depression also screening positive for PTSD and 65% indicating they had general anxiety.  By contrast, 38% of men with depression had PTSD.  The trends in the data indicate that women are more likely to have very complex clinical presentations, which require sophisticated and long-term treatment. 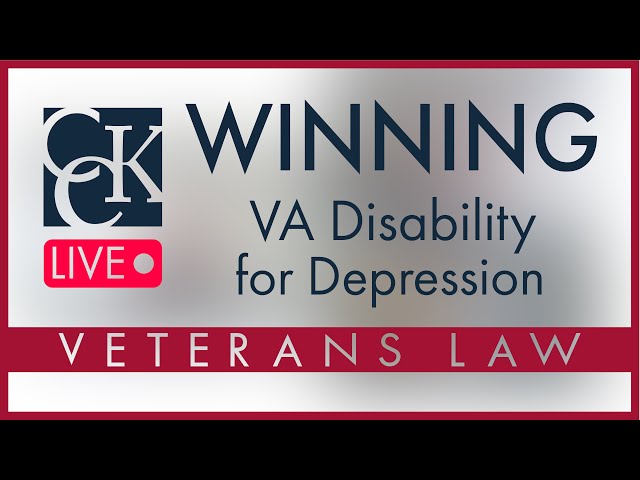 Research experts at The Service Women’s Action Network (SWAN) have studied the effects of serving in small women’s teams in combat zones.  They have found that these roles create stresses beyond the obvious ones of combat.  Women may be pulled from the support networks in their own units and sent to locations where they see heavy fighting.  Even back on base between missions, while the men are decompressing, the women may feel as though they cannot let down their guard because of the possibility of military sexual trauma.  As a result, SWAN released several recommendations on the mental health needs of women service members and veterans.  Ultimately, the key recommendation was to establish stronger social support groups and networks for military women.  One avenue of support is through VA health care.  Data showed that women who receive VA health care are less likely to commit suicide.

Women Veterans Getting Care for Depression

Although women veterans experience depression at much higher rates than their male counterparts, they are more likely to receive adequate care and report symptom improvement.  Researchers found that 57% of women initially identified with depression received adequate depression care, compared to 39% of men.  Adequate care was defined as follows: