Can the VA Reduce My PTSD Rating? Post-traumatic stress disorder (PTSD) is a mental health condition caused by experiencing a distressing, shocking, or otherwise traumatic event.  Many veterans experience PTSD stemming from events they witnessed or experienced during their military service.  PTSD can be diagnosed by a medical professional, whether it be a therapist, psychiatrist, or general practitioner.  It is important to note that the symptoms and severity of PTSD symptoms vary from person to person.  However, the most common symptoms include the following:

PTSD can either be short-term or chronic depending on the individual and the circumstances.  Regardless, the main treatments for people with PTSD are medications (e.g., antidepressants), psychotherapy (“talk therapy”), or both.  Veterans may be able to receive VA disability benefits for PTSD if they experienced a traumatic event during service and now have the above-mentioned symptoms as a result.

To prove PTSD to VA and establish direct service connection, veterans must satisfy the following elements: (1) a current diagnosis of PTSD; (2) an in-service stressor (i.e., a traumatic event or incident that caused PTSD); and (3) a medical nexus linking the current, diagnosed PTSD to the in-service stressor. 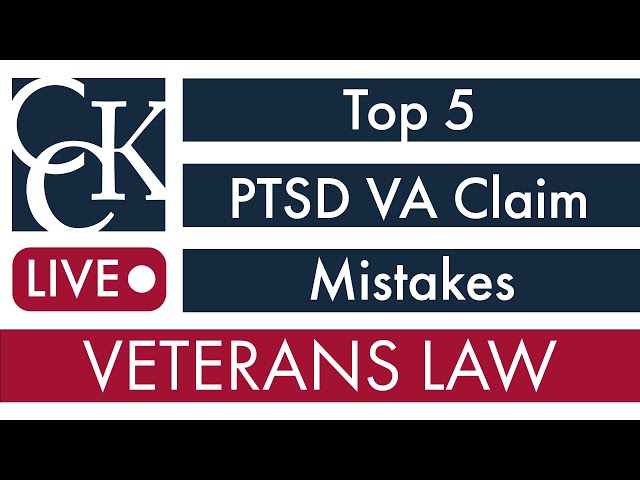 When Can VA Reduce PTSD Ratings?

Legally, VA is able to reduce PTSD ratings, but must follow specific rules when doing so.  The idea behind rating reductions is that some service-connected conditions, in this case PTSD, will improve over time or with treatment.  As such, VA wants to ensure it is compensating each veteran according to their present level of disability.  VA normally starts the process of reducing a rating under two circumstances:

When reducing veterans’ disability ratings for PTSD, VA must adhere to the following rules:

What to Do if VA Proposed to Reduce Your PTSD Rating

Before reducing your VA benefits, the VA is required to send a letter proposing to reduce your benefits.  From the date of the letter proposing to reduce your PTSD rating, you have 60 days to submit evidence if you believe the reduction is not warranted.  Within the first 30 days of the 60-day period, you also have the option to request a hearing to be conducted by VA personnel unrelated to the proposed reduction.  VA must consider all evidence submitted during this timeframe and all previous evidence and medical records associated with your file.

Evidence may include private doctor’s opinions and records, lay statements from family and friends, and employment records if your PTSD has caused you to miss work on a regular basis.  If VA sends a final decision that reduces your PTSD rating, you have the right to file an appeal.

When Does My PTSD Rating Become Protected from Reduction?

Under certain circumstances, VA has a more difficult burden before they can reduce your PTSD rating (see below). 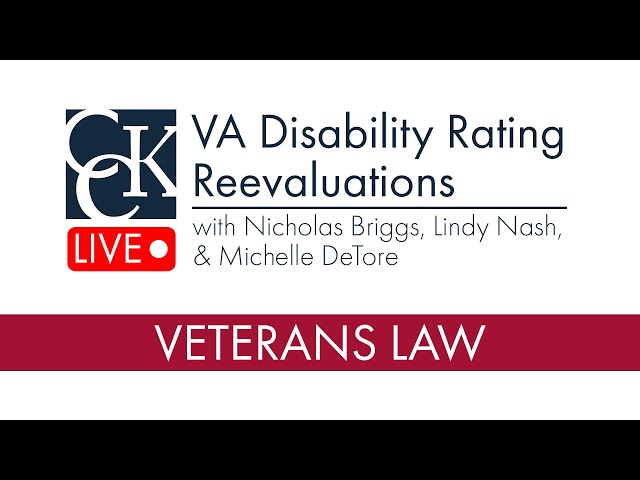 VA can reduce a total PTSD rating (i.e., 100%) only if there is material improvement in the veteran’s condition.  In addition to the general rating reduction rules, VA must provide evidence that your PTSD has improved such that there has been an observable change in your ability to function under the ordinary conditions of daily life.

If your PTSD has been rated at or above a certain rating level for 20 years or longer, it is considered to be “continuous.”  VA cannot reduce a continuous PTSD rating below the original rating level.  For example, if your service-connected PTSD was originally rated 30% disabling and fluctuated between 30% and 70% over the next 20 years (without dipping below 30%), VA cannot reduce the rating below 30%.