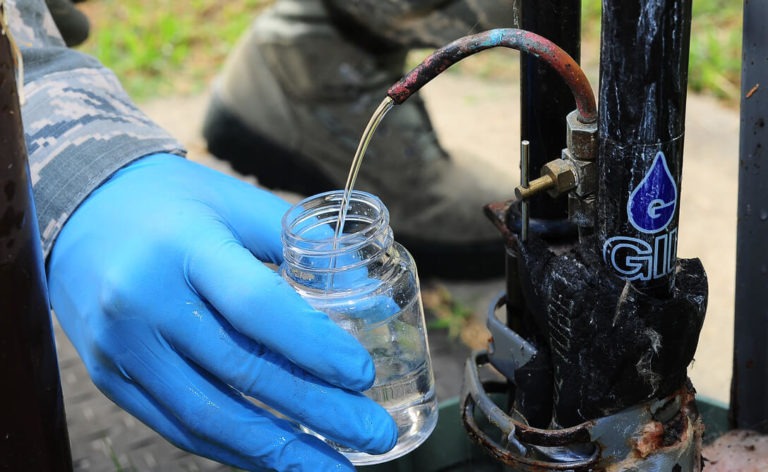 How Does VA Define PFAS?

According to VA’s website, perfluoroalkyl and polyfluoroalkyl substances (PFAS) are synthetic chemicals found in many products, such as clothing, carpets, fabrics for furniture, adhesives, paper packaging for food, and heat-resistant/non-stick cookware.  PFAS are also present in firefighting foam, or aqueous film forming foam (AFFF) used by both civilian and military firefighters.  These chemicals are persistent, meaning they do not break down in the environment.

Department of Defense’s Use of PFAS

In the 1970s, the Department of Defense (DoD) began using AFFF to fight fuel fires.  DoD later recognized that the release of PFAS into the environment during training and emergency responses for firefighting is a major source of contamination in the groundwater on military bases.  As a result, there is increasing concern coming from those who live either on or near military bases about whether PFAS-contaminated groundwater is present and if there are any health concerns associated with exposure to it.  DoD is currently conducting an investigation into the extent of this issue and has developed a long list of military installations with confirmed PFAS water contamination.

According to the Environmental Protection Agency (EPA), PFAS can be detected in the blood of most people.  Veterans and service members have begun asking the military for blood testing to determine the presence of such chemicals.  So far, all requests have been denied as the military states that too little is known about PFAS and their effects to make the results of such testing useful.  Instead, the military will reportedly pay for the Center for Disease Control and Prevention to start years-long population-based health studies in some communities.

The likelihood of health problems associated with PFAS depends on several factors, including the concentration, frequency, and duration of exposure.  VA has indicated that more research is needed to understand the link between exposure to PFAS and health effects in human.  However, according to the Agency for Toxic Substances and Disease Registry, some studies in humans suggest that certain PFAS may be associated with the following:

Nonetheless, VA maintains that the overall scientific and medical evidence is currently inconclusive.

VA does not currently consider any health conditions to be presumptively associated with PFAS exposure.  Veterans may still file a claim for disability compensation for health problems they believe are related to in-service exposure to the chemicals, but must satisfy all of the elements of service connection, including: (1) a current, diagnosed disability; (2) an in-service event, injury, or illness; and (3) a medical nexus between the current disability and the in-service event, injury, or illness.  Importantly, VA will decide these claims on a case-by-case basis.