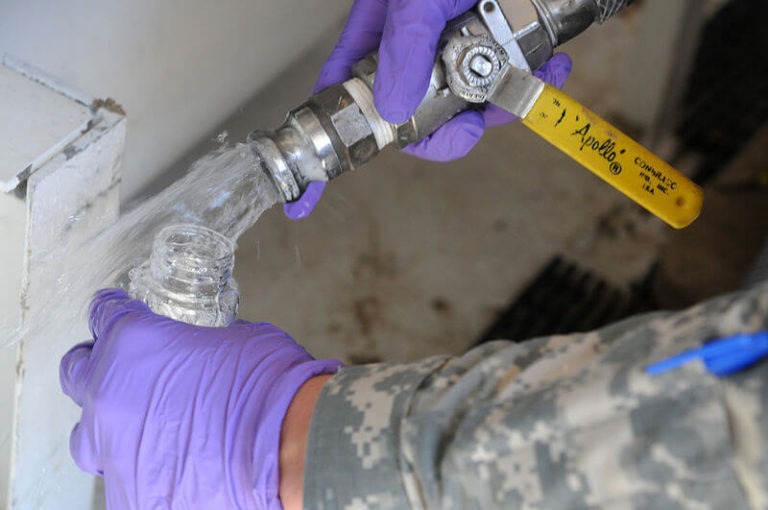 PFAS Water Contamination at Military Installations Across the U.S.

PFAS are a class of man-made chemicals, which can be found in everyday household, food, and clothing items, as well as in the foam used to put out aircraft fires at military bases.  There is evidence showing that PFAS water contamination is present at military installations across the country.  Specifically, the Department of Defense (DoD) has tested 2,668 groundwater wells both on and off base in the surrounding communities and found that 61 percent of them tested above the Environmental Protection Agency’s (EPA) recommended levels of PFAS chemicals.  Included here are 25 Army bases, 50 Air Force bases, 49 Navy or Marine Corps bases, and two Defense Logistics Agency sites.  DoD has also released the full list of installations with PFAS water contamination and will be working with the Centers for Disease Control and Prevention (CDC) next year on a study of the potential long-term effects of exposure.  Additionally, DoD has already spent $200 million studying and testing its water supply, and also providing either filters, alternate wells, or bottled water to address the PFAS contamination.

What Health Effects Are Associated with Exposure to PFAS Water Contamination?

Current research and studies demonstrate that there are links between PFAS and certain health conditions.  As such, veterans are asking the military to conduct blood testing to determine if they have been exposed.  The military continues to deny requests, stating that there is too little known about the chemicals to make the results useful.  Instead, it will pay for the CDC to start years-long population-based health studies in some communities.  However, the International Agency for Research on Cancer concluded in 2017 that PFAS are possibly carcinogenic (i.e. cancer-causing) to humans.  The EPA found that there is suggestive evidence of the carcinogenic potential of PFAS in humans as well.  Specifically, increases in testicular and kidney cancer have been observed in highly exposed individuals.  In regards to other health effects, there is less certainty due to a higher degree of inconsistencies across studies and/or a smaller number of studies examining a specific outcome.  Nonetheless, available studies suggest links between PFAS exposure and the following health outcomes: